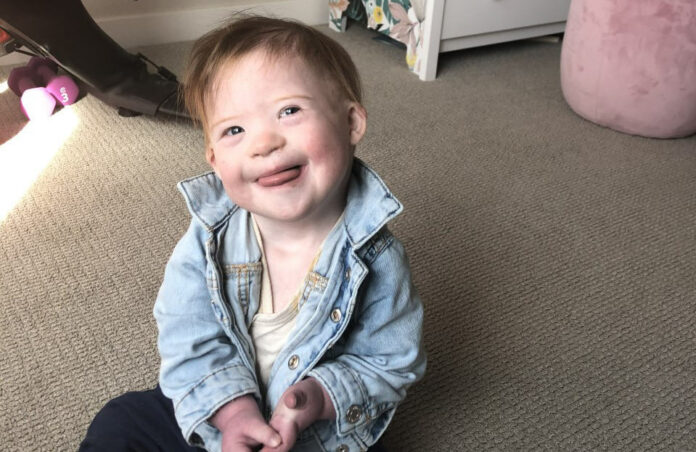 Opening on March 21, World Down Syndrome Day, a new medical center in the Archdiocese of Denver offering holistic consultations for people with Down syndrome will be the first of its kind in the United States.

The Jerome Lejeune Medical Center is named after the French geneticist-pediatrician who, in the late 1950s, discovered the cause of Down syndrome (also known as Trisomy 21), a lifelong condition associated with intellectual and developmental problems. After his discovery, Lejeune spent his life searching for a cure, providing care and advocating to protect the medically vulnerable. He is credited with having said, “The quality of a civilization can be measured by the respect it has for its weakest members.”

A devout Catholic who died in 1994, Lejeune was named “Venerable” by the Vatican on Jan. 21, recognizing his heroic virtues and furthering his canonization cause.

“The unique aspect of the medical center in France is that it is fully holistic and research-based care,” said Keith Mason, executive director of the Jerome Lejeune Foundation USA. “This is the first Jerome Lejeune Medical Center in the United States.”

The new center is an initiative of the foundation in partnership with Bella Health & Wellness and will share its facility, which is located at 180 E. Hampden Ave. in Englewood. Respecting the dignity of the human person and caring for them holistically is a goal the partners share, the administrators said.

“I believe God brought us here. We’d looked at other locations…but it didn’t work out until we met the people at Bella,” Mason said. “They do medicine the way we do medicine. It was such a deep connection on the ethos of how we approach care that we felt it was God bringing us together.”

Lejeune is renowned both for his research and for his compassionate care. His guiding principle in treating patients was to follow Jesus’ Gospel admonition, “Whatever you do for the least of my brothers, you do for me.”

“It’s Christ-centered, fully Catholic health care and that’s what’s needed for our people with Down syndrome,” said Dede Chism, CEO and co-founder of Bella, a nonprofit holistic medical practice. “Caring for the individual means caring for the family — and really looking to that body, mind, soul care. That’s what we do.”

The center will begin by offering medical care for children with Down syndrome and will gradually expand to include adults. According to the Lejeune Foundation, comprehensive, holistic consultations will be adapted to the needs of each Down syndrome patient and their caregivers. Eventually, the center plans to expand services to provide lifelong multidisciplinary care to include physical therapy, speech therapy and more.

“It’s specialized care,” Mason said. “The patients will still see their primary care doctors, they’ll just have access now to the specialized care we offer in France, which hasn’t been available to them before because of distance, language and other factors.”

The quality of a civilization can be measured by the respect it has for its weakest members.”

A key aspect of the Lejeune method of care is its research-based treatment. The new center will have access to the 40 years of research and experience available through the Jerome Lejeune Institute and its biobank, which specializes in genetic diseases with intellectual disability.

“In Paris we have the largest biobank of DNA samples in the world of people with genetic disorders,” Mason said. “From that biobank we fund and we employ research projects all over the world. The data we gather from those projects is what we institute directly into care for these patients. We’ve funded, even from Paris, research projects here in Colorado.”

The research not only benefits Down syndrome patients and the scientific community’s understanding of why they have a higher prevalence of certain diseases, such as Alzheimer’s, and fewer incidences of others, including breast cancer, but profits the general population, too, and may result in saving lives, Mason said.

Additionally, according to the foundation website, the new center plans to offer seminars on a variety of topics ranging from childhood development, to sexuality, to education and employment, to bolster families’ support and care for their loved ones with genetic disorders.

Bella and Lejeune Foundation ‘A match made in heaven’

Michaelann and Curtis Martin, co-founders of the Fellowship of Catholic University Students (FOCUS), are among the seven families with a total 10 patients that comprise the pilot group the center will start treating. Parents to nine children, the Martins’ seven-year-old son Michael has Down syndrome. Michaelann Martin is both a patient and a board member of Bella.

“I’m super excited,” she said about the partnership resulting in the new center. “It really is a match made in heaven. The synergy between Bella and the Lejeune doctors and staff is really dynamic and so faith-based. In our secular society, to be able to share your faith in the doctor’s office is unique.”

Receiving specialized medical care that aligns with the family’s moral values is a huge asset the new center will offer, Martin said.

“One of the things about medical care is appointments are very short and sometimes almost information-driven rather than person driven,” she said, adding that she is impressed with the length of time spent on consultations in the Lejeune method, both with the patient and their family, and afterward among the doctors as they plan treatment. “I’m looking forward to that.”

Given that people with Down syndrome have an increased risk of health problems, Martin said she appreciates the opportunity for her son to benefit from the Lejeune Institute’s research and biobank to help keep him healthy.

“They have so much knowledge in the field of Down syndrome, it will be great to glean from their wisdom,” Martin said. Noting that some secular entities promote permanent sterilization and contraception for people with Down syndrome, which is against Catholic teaching, she added, “As he gets older, I’m really looking forward to learning how they talk to their adolescents about purity and chastity (from a faith-based medical perspective). That’s a really needed area.”

Considered the “father of modern genetics,” Jerome Lejeune was motivated by his Catholic faith, Mason said.

“His writings … have been foundational for us to understand why we ought to and why we do, respect the dignity of the human person from the moment of conception,” Mason said.

“I was expecting that they had one chromosome less,” Lejeune said.

Mason, whose nearly 2-year-old daughter Maria has Down syndrome, calls the extra chromosome “a love gene.”

“Mother Teresa called children with Down syndrome ‘professors of love,’” Mason said. “They really are able to love people in a way that is unique. They love so deeply, and so much, and as a result become the happiest people we know.”

Lejeune tirelessly sought a cure and best treatment for Down syndrome and ardently opposed using prenatal diagnosis to abort such children.

“People say, ‘The price of genetic diseases is high,” Lejeune said. “But we can assign a value to that price: it is precisely what a society must pay to remain fully human.”

“Sadly, 67 percent of people with Down syndrome are never born [in the United States],” he said, referring to statistics from a 2017 CBS News report. “They face abortion, which is routinely recommended by doctors. Even more shocking, around the world it’s much higher than 67 percent. Some countries are at 99 percent, and are trying to make it 100 percent, such as Iceland.”

Mother Teresa called children with Down syndrome ‘professors of love.’ They really are able to love people in a way that is unique. They love so deeply, and so much, and as a result become the happiest people we know.”

Doctors had recommended abortion for Mason’s daughter, the sixth of seven children.

“It was heartbreaking, sad and angering,” he said. “It’s their ignorance and a systemic problem with medicine. It really is a poverty that we don’t have more of these individuals and that the rates of abortion are so alarming.

“Individuals with Down syndrome make the people around them and their communities better,” he asserted. “Their care and love for us make us better, and if we care for them, we really do make the world a better place.”

Continuing the work of Jerome Lejeune through the new center bears witness to the dignity and inestimable value of every human life, Mason said.

“People with Down syndrome are a key component to us teaching the culture and enhancing the culture of life,” Mason said. “This is the start. If we care for these individuals and take a stand, it gives us the moral authority to encourage those individuals who are pregnant with a child—with or without a disability—that all humans should be protected and cared for.”

The events are open to the public, but registration is required as seating is limited due to COVID-19 restrictions. Register online: https://www.eventbrite.com/e/jerome-lejeune-medical-center-opening-events-registration-145151709671

Share
Facebook
Twitter
Linkedin
Pinterest
Email
Print
Previous articleStimulus money burning a hole in your pocket? Here are 5 charitable ways to use it.
Next articleWATCH: Nationally-renowned speakers host a live webinar on the Equality Act and what it means for Catholics