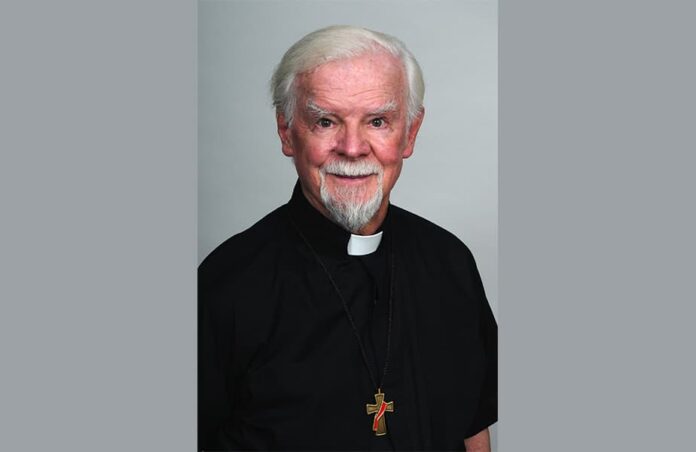 Deacon Anthony Dudzic passed away April 19, Divine Mercy Sunday, at his home.  He was 89 years old.  During the latter part of his diaconal ministry, he was a Deacon at St. Mary’s Parish in Littleton.

Born in Hamilton Ontario, Canada on October 18, 1930 to Katherine and Stanley Dudzic, he graduated from Villanova University and Ottawa University Medical School.  His profession led him to meet and eventually marry a nurse named Pamela Smith.  The couple was married on June 18, 1960.  He practiced medicine as a psychiatrist for over 40 years living in Southbury, Conn., Weston, Vt., Scottsdale, Ariz., and Littleton Colo.  He was a devout Catholic.  He and his wife raised his three sons; David, Paul and Gregory, in the Church.

On December 1, 1978, Anthony was ordained by Archbishop Wheaton in Hartford, Conn.  He faithfully served the Church as a Deacon for 42 years in the Archdiocese of Hartford, the Diocese of Phoenix and in the Archdiocese of Denver.  As a Doctor in Psychology, he was gifted with an ability to provide mental healing and spiritual counseling to those in need.

“Although retired from his profession while in Denver, he continued to utilize his skills in his ministry,” said Deacon Joseph Donohoe, Director of Deacon Personnel.  “His prayerful disposition gave him the confidence to do well in his interaction with others.”

Deacon Anthony is survived by his wife, Pamela, his three sons and their wives along with three grandchildren.

A private Funeral Mass and burial was celebrated by Archbishop Samuel Aquila with family at St. Mary’s Church in Littleton.