His Church. Our Experience.
Subscribe
HomeLocalLate St. Joseph deacon ‘reached out into the peripheries’ during ministry
LocalObituaries

Late St. Joseph deacon ‘reached out into the peripheries’ during ministry 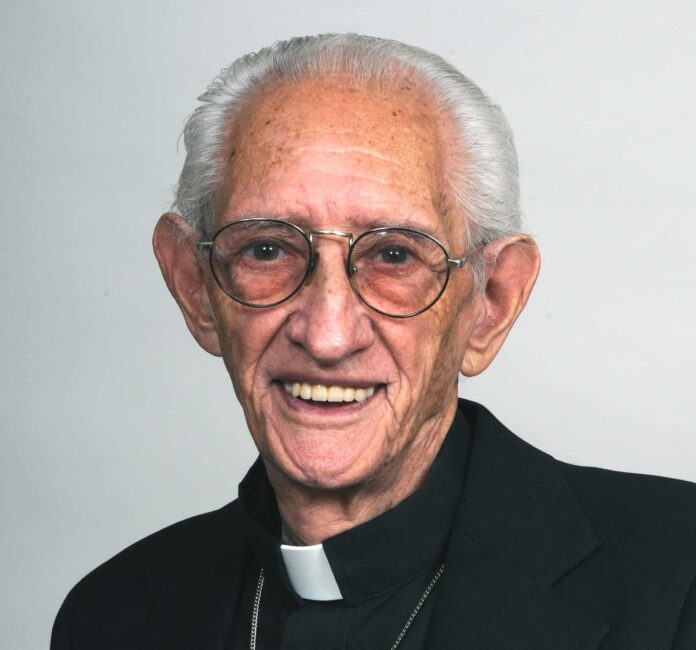 Deacon Maclovio (Max) Sanchez, 87, passed away peacefully in Olathe, Kansas on April 30. Deacon Sanchez was assigned to St. Joseph’s Parish in Denver throughout his diaconal ministry.

On April 24, 1954, he married Mary Frances Marquez at Holy Rosary Parish in Denver.  Over the 65 years of their marriage, the couple was blessed with three children: Martin, Debra and Joshua. They also had numerous grandchildren and great grandchildren.

In Denver, Max worked for Midwest Liquor Company, delivering products to the area stores. But his love was directed towards the poor communities in the metro area.  Max was vice chairman of the Coalition for the Westside Betterment and President of the St. Vincent de Paul Society Food Bank. He and his wife were also very involved in the parish at St. Joseph’s.

On March 22, 1975, Maclovio was ordained a deacon at the Cathedral Basilica of the Immaculate Conception by Archbishop James Casey. This was only the second class of men ordained in the archdiocese at the time. He was immediately assigned to St. Joseph’s Parish where he also conducted numerous Spanish Missions and served at the Westside Action Center. Retiring from ministry in 1993, he continued to serve at St. Joseph’s Parish as long as his health would allow.

“Deacon Max reached out into the peripheries and brought the lost back into the Church,” said Deacon Joseph Donohoe, Director of Deacon Personnel. “We have been blessed to have such a dedicated Cleric and Servant of the Church in Denver.”