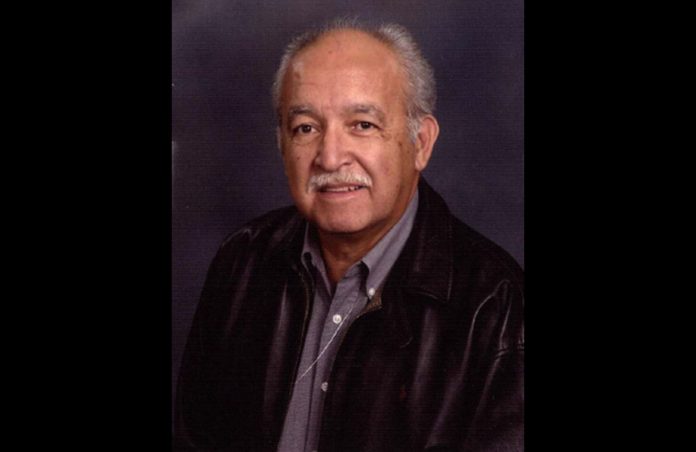 Deacon Art Vigil, 77 years old, passed away on November 28, 2021.   Deacon Art was assigned to All Saints Parish in Denver for most of his ministry.  He retired from active ministry in 2008.

Arthur Alex Vigil was born on July 12, 1944 to Leofredo and Ramonita Vigil in Antonito, Colo.  He was baptized at St. Augustine parish in Antonito on July 23, 1944.  When he was six years old, the family moved to Pueblo, Colo. He left Pueblo and took a job with a construction crew in Denver.  Later he would get a position with the U.S. Mint and remained there until he retired.

While still in Pueblo, he met a young lady named Celia at a Christmas dance. They fell in love and on June 8, 1963, Art and Celia were married at Sacred Heart Parish in Denver, Colo. The couple settled in Denver and attended All Saints parish.  They were blessed to have received five children from God: Arthur, Andrew, Christopher, Leofredo, and Juan Carlos.  They also have 11 Grandchildren and 12 great-grandchildren.

On April 15, 1978, at the Cathedral Basilica of the Immaculate Conception, in Denver, Colo., Deacon Vigil was ordained to the order of the Diaconate by Archbishop James Casey. From there he was immediately assigned back to his parish of origin at All Saints Parish.  Deacon Vigil had a special charism for the poor elderly and would often visit nursing homes and shut-ins, providing encouragement and peace.  God also gave him the gift of patience and compassion which proved to be very helpful for his ministry with those who were lacking hope.

“Deacon Art modeled humility in his life and in his ministry,”  stated Deacon Joseph Donohoe, Director of Deacon Personnel. “With the wisdom given him by God, he modeled the joy of Christ the Servant.  May we all be able to model the life of our dear deacon and  share in his joy through our encounter with those who are suffering and those in need.”

A Funeral Vigil was held for Deacon Vigil Dec. 5 at Romero Funeral Home. A Mass of Christian Burial with Archbishop Aquila was held Dec. 6. Burial was at La Florida cemetery in Antonito, Colo.