King Coal and the dignity of workers 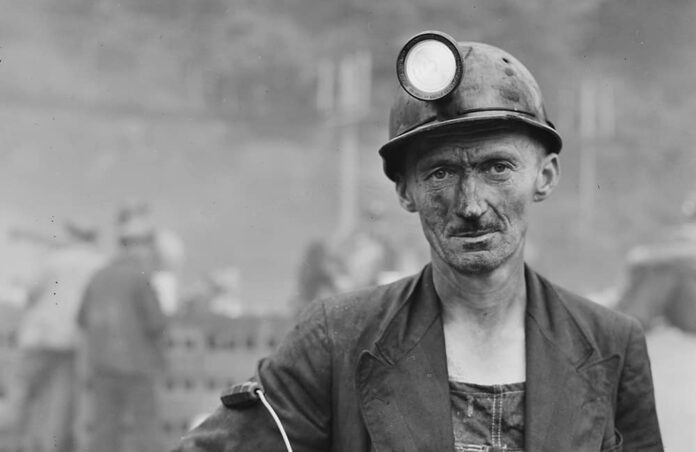 I grew up hearing stories about life in the coal mines. They were delivered in my grandfather’s heavy Italian accent, and often concluded with a punchline I didn’t entirely understand. (“Can’t a guy make a u-turn in this place?”)

But other stories were delivered in a more somber tone. They were stories about strikes and cave-ins, about brutality in the streets. One character loomed large — literally and figuratively — in Grandpa’s stories. His name was Shorty Martinez, and he was seven foot six, or six foot eight, or however tall Grandpa felt like making him on any given day. Shorty carried a white-handled revolver, which he used to pistol-whip strikers, or to poke in the backs of recent immigrants relieving themselves outdoors. Which was how young Dante Bonacci first made Shorty’s acquaintance.

Like most kids, I only half understood the stories, and thought of them more as fairy tales than actual events. I started to take his stories a little more seriously when I took a Colorado history class in Junior High. “Wait a minute!” I remember thinking. “My grandpa was there. Only he tells it better!”

Grandpa got another credibility boost recently when I discovered Upton Sinclair’s novel King Coal. Sinclair wrote King Coal to expose conditions in the coal mines of Southern Colorado. He traveled to Huerfano County three times during 1913-1914, just as my grandfather was arriving, to learn firsthand of the conditions there.

Turns out Grandpa wasn’t exaggerating at all. Every story he told was verified in Sinclair’s book.

Most of the mines were controlled by John D. Rockefeller Jr.’s Colorado Fuel and Iron. CF&I recruited heavily overseas, convincing poor young European men like my grandfather that they could make a fortune in Colorado. But when they arrived, generally penniless, they discovered conditions significantly less rosy than they had been led to believe. Men worked deep underground, constantly risking injury or death. They lived in rickety tar-paper shacks provided by CF&I, and they were paid not in U.S. currency, but in “scrip”, redeemable only at the company store. CF&I acted in loco parentis, providing the miners’ health care, their schools, their meager shopping and their saloons. Voter fraud was rampant. Citizen miners were blocked from voting, or told who to vote for, or camp officials simply filled out their ballots for them. My grandfather told me that if there weren’t enough votes for CF&I’s preferred candidates to win, the camp mules were registered to vote.

Essentially, these young immigrants were treated like animals. CF&I’s fear of union organizing was such that they provided no common areas for miners and their families to socialize, and any hint of miners congregating together was met with pistol-whipping, beating, even imprisonment. And, in Huerfano County, Deputy Silvio “Shorty” Martinez was one of the chief enforcers.

It was a dangerous, violent place. But even Upton Sinclair didn’t realize the full extent of the dehumanization of the immigrants in CF&I’s care. In 1923, my grandmother was sterilized without her knowledge or consent, by CF&I doctors, at a CF&I facility, during a routine procedure. Apparently this was common. J.D. Rockefeller was a friend of Margaret Sangers, whose Birth Control League’s motto was “More Children From the Fit, Less From the Unfit.” And these southern European immigrants, my ancestors, were the unfit. And so they were neutered like animals, so that they couldn’t propagate, and the likes of me couldn’t enter the world.

CF&I’s problem was simple. It saw these workers — “labor” — as simply another form of capital. Their employees weren’t treated like individuals created in the image and likeness of God, with dignity and dreams and aspirations. They were treated like machinery. They were useful in extracting coal from the ground. Outside of that, they were simply problems to be controlled by any means necessary — up to and including violence.

J.D. Rockefeller could have learned a lot from St. John Paul II.  In Veritatis Splendor, he wrote about the “scandal of the dignity of every human person.” Every person, no matter how poor or weak or small or ignorant, is created in the image and likeness of God. And the only appropriate response to a human person — in any context — is love. Looking out for the best for him or her. Which, in business, means a fair exchange for labor, and safe working conditions, and the opportunity to advance and create a better life for oneself and one’s family.

I told a long, extreme story to make a short, simple point: Our Christian life doesn’t end in the workplace.  Businesses today may not house their employees in tar paper shacks or pay them in pretend “company” currency. But the story of CF&I should serve as an examination of conscience for any person who employs another person. Do I see them as images of God in my care? Or are they simply means to my own ends — a way to accomplish my goals, without regard for their aspirations and their welfare? Am I fair and reasonable? Do I strive to create a healthy working environment? Do I create opportunities for advancement, for my staff to grow and learn? Do I pay a just wage? When funds are tight, do I l try to find other ways to cut back before I lay off employees? Do I refuse to bully my underlings, and root out bullying in management?

And whoever you are, whatever you do, I recommend taking “the scandal of the value of every human person” into the workplace with you.