His Church. Our Experience.
Subscribe
HomeLentKeep it simple: Lenten giving made easy
LentLocal 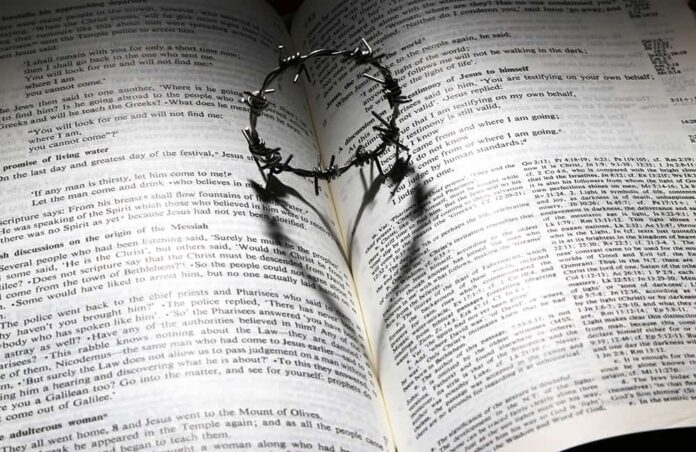 We have officially entered the season of Lent, which can only mean one thing: For the next 40 days, willful suffering, deprivation and self-denial are the name of the game.

It sounds worse than it is. While Lenten sacrifices aren’t necessarily required, they are strongly encouraged. After all, these 40 days leading up to Easter are intended as a spiritual marathon of sorts where the finish line is Christ’s triumphant conquering of death. But, as we know, Christ suffered immensely to win this victory, and we can partake in that suffering and unite our own to his throughout this penitential season.

Of course, this begs the question: Do we put too much unnecessary pressure on ourselves during Lent? How many of us have stressed about what we’re going to give up, and whether or not it’s adequate enough? Is it enough to just give up sweets or chocolate or late-night Netflix binges, or should we be doing more? Well, firstly, the Lord delights in our intentionality during Lent, no matter how big or small it may be, so we needn’t fret too much about that. Secondly, perhaps if Lenten sacrifices were viewed more as acts of giving something rather than taking something away, they would be undertaken with greater enthusiasm and ease.

Here are four types of Lenten “giving” that can ultimately help to facilitate the goal of Lent: a deeper friendship with Jesus Christ.

This is a good starting point, simply because this is a basic form of penance, which is what Lent is really all about. In the simple act of giving something up for Lent, no matter how big or small, our priorities become known. We are conveying to ourselves and to the world that Christ is worth the sacrifice. Of course, in doing so, we would do well to heed the words of Matthew 6, which was read on Ash Wednesday: “Take care not to perform righteous deeds in order that people may see them…” There’s no need to flaunt or boast about what we’re giving up. Do it humbly and in secret, only for yourself and for the Lord, and as Scripture says, “your Father who sees in secret with repay you.” Give of your time

Another way to give during Lent is to be more intentional with your time. Perhaps instead of watching TV, pick up a spiritual book or even that novel you’ve been meaning to read but never got around to. Instead of family movie night on the couch, sit at the table and play a game of cards. Of course, there are other ways to give of your time. Does your parish have a food bank? Do you live near a soup kitchen or homeless shelter? Odds are, places like that are always welcoming volunteers. Why not go give a helping hand and meet some new people in the process? To help point you in the right direction, Catholic Charities keeps an updated list of volunteer opportunities within each of their ministries at serve.ccdenver.org.

Give of your talents

This can almost go hand-in-hand with giving of your time but is more specific to the gifts and talents each of us have individually. Are you a tech whiz? Your parish could probably use your help running sound or video during Mass. Love baking? Nothing puts a smile on someone’s face like freshly baked cookies, whether it’s the neighbors or pastor (of course, if they gave up sweets for Lent, you could make something else – homemade bread, perhaps?). God created each one of us unique with different gifts and talents, and Lent affords a great opportunity to figure out how we can use these talents in service of him and others. There are a million ways to do this; don’t be afraid to get creative!

Give of your resources

Last but not least, you can give in the most traditional sense, which is also a pillar of the Lenten season known as almsgiving. As the USCCB puts it, “During Lent, we are asked to focus more intently on almsgiving, which means donating money or goods to the poor and performing other acts of charity.” Lent provides a chance to do a “spring cleaning” and give all of that excess to people who could really benefit from it. From a financial perspective, there are countless charities to give to who do really great work. In fact, the Archdiocese of Denver Office of Development can connect you to the ministries and charities closest to your heart and help you make a special Lenten gift. For more information about sacrificial giving, call 303-867-0614.