Justin Trudeau and the dictatorship of relativism 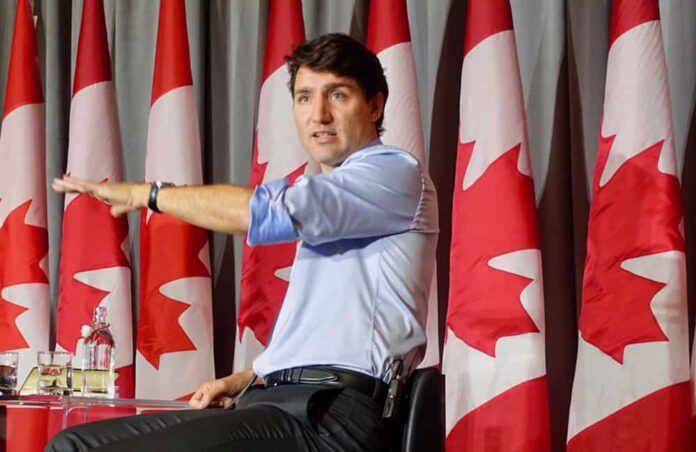 You’ve probably never heard of the Waupoos Family Farm. I hadn’t either, until I met some folks involved in it during a recent visit to Ottawa. Their story vividly illustrates the dictatorship of relativism at work.

The farm is a vacation site for poor families who can’t afford a holiday together. It’s run by Christians who apply only one criterion to their potential guests: applicants must have an income below Statistics Canada’s poverty line. That’s it. No religious requirements. No work-for-play requirements. All you have to be is poor.

For years, the Waupoos Foundation, which supports the farm, has received Canadian government funds, through Canada’s summer jobs program, to help staff the farm and assist the low-income people the farm serves. Win-win-win, right? Poor families get vacations; summer interns get real-world experience and a modest income through working with and for low-income families; the taxpayers are assured that their dollars are being put to good use among people who really appreciate the help.

Well, wrong. Or at least wrong according to the Canadian department of Employment and Social Development, which is not going to fund summer jobs at the Waupoos Farm this year because the Waupoos Foundation has declined to accept a new governmental requirement: that recipients of summer jobs funds must “attest” that respecting human rights means respecting “reproductive rights,” which include “the right to access safe and legal abortions.” So, unless something changes soon, the Waupoos Foundation is going to have to scramble to find private sector money to support summer jobs at the Waupoos Family Farm. And if the Foundation has to cut back on staff as a result of the government’s refusal to fund summer jobs at the farm — which will amount to a governmental rejection of the Foundation’s conscientious objection to affirming abortion-on-demand as a human right — poor people will suffer as a result.

Since taking power in November 2015, the government of Liberal prime minister Justin Trudeau has been a paragon of political correctness, sometimes to the point of self-parody. One ukase recently instructed Canadian governmental employees to avoid using the honorifics “Mr.,” Mrs.,” and “Ms.” and the words “mother” and “father” in interacting with the public, as these terms could be understood as “gender specific.” The prime minister himself, during a public meeting, corrected a woman who used the word “mankind,” saying that the preferred term was “peoplekind.” Alas, it’s all of a piece with a government which, in defiance of all logic and linguistic common sense, insists that “reproductive rights” include the “right” to willfully terminate reproduction by killing an innocent human being.

A broad coalition of religious leaders protested the coercion of consciences implicit in the “reproductive rights” attestation, including representatives of religious communities that do not share orthodox Christian convictions about abortion. Thus far, their protests have been fruitless, although there is talk of the attestation being reconsidered next year. Meanwhile, though, and for as long as the “reproductive rights” attestation remains in force, the Trudeau government will continue to embody the dictatorship of relativism: the imposition of a relativistic morality on everyone by coercive state power, with poor people often the losers.

I hope the attestation disappears, just as I hope Prime Minister Trudeau begins to use the English language properly; at least one North American head of government should be able to do so. But even if the Trudeau administration reverses itself on this blatant coercion of consciences, there may be an important lesson here for Canadian non-profits, including the Catholic Church: beware of too close an embrace of Caesar and too great a dependence on Caesar’s coin.

Canada does not have the culture of philanthropy that exists in the United States, in part because Canada remained part of the British Empire after Americans bade farewell to King George III. In Canada, a tradition of governmental benevolence and largesse grew out of the experience of monarchy, while in America the republican habits of voluntarism and philanthropy (identified in the 1830s by Alexis de Tocqueville) formed early. The current Canadian summer jobs-funding fracas may thus suggest to our friends north of the 49th parallel that developing a culture of giving, capable of supporting a thick network of non-governmental organizations involved in education, health care, and social work, is good in itself — and essential when Caesar’s coin turns toxic.