His Church. Our Experience.
Subscribe
HomeLocalJesuits to be withdrawn from St. Ignatius of Loyola Parish next year
LocalParish News 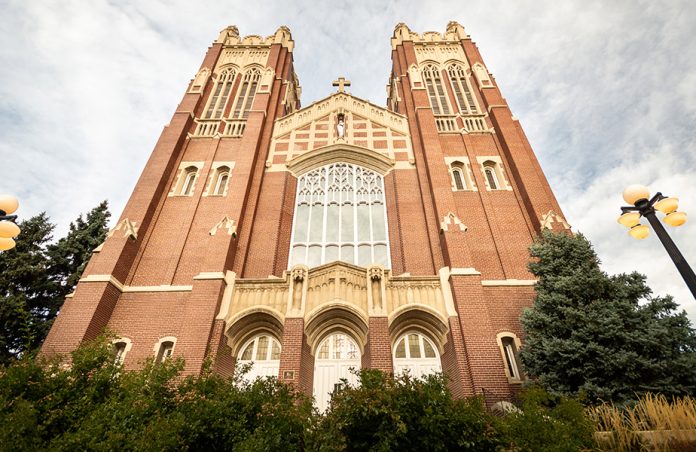 Next summer, the Jesuit Order will be withdrawn from St. Ignatius of Loyola Parish as its administrators.

“As you may know, the number of Jesuits is declining, both worldwide and in our province. After much prayer and discussion, I have reached the difficult decision to withdraw Jesuits from St. Ignatius of Loyola Parish,” Father Greene wrote. “This is not an action I take lightly. This decision comes only after many years of discernment and conversations. The province created an apostolic plan in 2020 that calls for reducing the number of Jesuit parishes as one way of dealing with the twin realities of over-extension and smaller numbers.”

The Jesuits will depart by June 30, 2023. At that point, the parish will become a ministry of the Archdiocese of Denver.

St. Ignatius has been administered and overseen by the Jesuits for nearly a century. The parish will mark its centenary in 2024.

“As we prepare to depart, please be assured that St. Ignatius Loyola Parish continues to hold a very special place in our hearts and in our prayers,” Father Greene wrote to parishioners. “We will do everything we can to support you during this time of transition. I pray that God will continue to bless each of you and your parish as you begin this new chapter.”