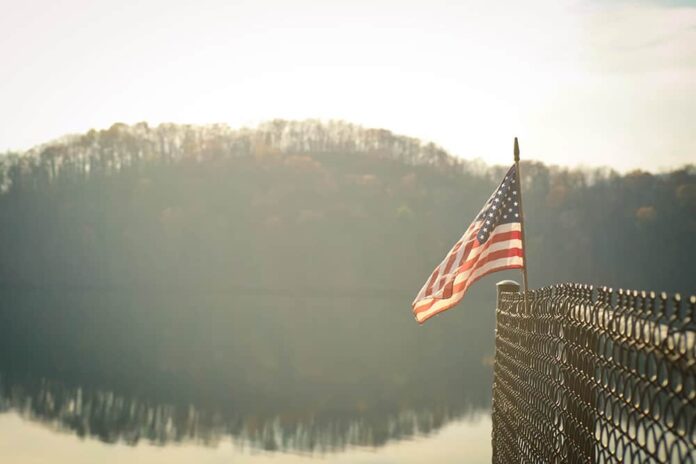 If you have been following the recent political debates and the rulings being made by our courts, you will see that we seem to be at a turning point when it comes to the place of believers in our society. Increasingly, religious belief is being treated as equal to beliefs that do not rely upon reason but only one’s will.

As your shepherd, I urge you to ask the question: “How will I respond if I am forced to choose between my conscience and my livelihood?” And if we are penalized for living according to our faith, it’s prudent for us to ask how we will prepare for this new environment.

I have been giving the topic of religious freedom more thought lately because I recently joined nine of my fellow faith leaders in signing the Williamsburg Charter at the Western Conservative Summit.

“Religious liberty,” the Second Principle of the charter states, “is founded on the inviolable dignity of the person. It is not based on science or social usefulness and is not dependent on the shifting moods of majorities and governments.” In other words, religious freedom comes from our nature, from how we are created.

We only need look to the horrors of the Holocaust, to the millions of believers killed in Stalinist Russia, or the suppression of religious believers in modern day China, India or North Korea to see what happens when religious freedom is denied. Invariably, when a country’s political system does not allow its citizens to choose what they believe, it demands that they give the state the devotion and obedience that is due to God.

In the United States, this is unfolding a bit differently. As lawmakers accept and enshrine protections in our laws for sexual morals that conflict with the beliefs of many people of faith, they are favoring one set of beliefs over another. This is occurring despite the First Amendment stating that the government shall not make any law that establishes a religion, which in this case takes the form of a pseudo-religious ideology. The fervor with which advocates of same-sex relationships, transgenderism and legal abortion push for their vision of sexuality without regard for what scientific data says or doesn’t say demonstrates that their worldview is based on a belief, not facts.

St. John Paul II described the relationship between authentic faith and reason in his encyclical Fides et Ratio. He wrote, “There is thus no reason for competition of any kind between reason and faith: each contains the other, and each has its own scope for action” (#17).

What we are confronting today is faith without reason.

The outcry over believers like Jack Phillips refusing to use their skills to endorse a vision of sexuality that they don’t believe is evidence that reason is being abandoned. If this was a disagreement over facts, it would be much calmer. But it is an argument over beliefs. For further evidence, we can look at the spread of sex education curricula or media efforts that promote one’s gender as something that can be chosen. There is no scientific data that indicates gender can change without outside manipulation. It’s a belief – one that has immense spiritual and societal impacts – that’s being marketed as somehow healthier and more free.

Unlike the advocates of modern sexual morality who expect everyone adopt their values, the Christian faith teaches us to respect the free will of others and acknowledges that every person’s life impacts the common good. As Principle Six of the Williamsburg Charter says, “The Free Exercise clause guarantees the right to reach, hold, exercise or change beliefs freely. It allows all citizens who so desire to shape their lives, whether private or public, on the basis of personal and communal beliefs.”

Religious freedom has served as a bedrock principle of the United States, but unless we work to defend our place in the public square, form people in both faith and reason, support faithful family life, and encourage creative, charitable evangelization, it will continue to be in peril.
May God give us the wisdom, strength and joy we need to serve as his witnesses to the beauty of faith united with reason.