His Church. Our Experience.
Subscribe
HomeLocalIn this global pandemic, be charitable and stay home
LocalPerspective

In this global pandemic, be charitable and stay home 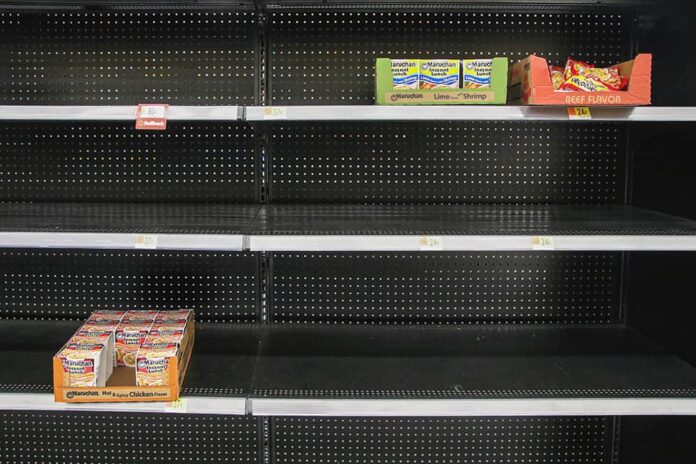 There can no longer be any doubt about it — with COVID-19, we are living through a historic pandemic, one that requires swift action and societal cooperation. To think otherwise would be foolish.

Here in Colorado, our normal daily routines and facets of everyday life have altered drastically over the past two weeks. Store shelves usually fully-stocked have been bare. Movie theaters are closed. Schools are closed. Restaurants are closed or offering take-out or delivery only (for now). Many people have lost their jobs. Virtually every single large public gathering and event has been cancelled or suspended. And as Catholics have painfully had to accept, that includes the holy sacrifice of the Mass.

The response to this decision by the bishops of Colorado has been mixed. Some have taken to email and social media comments to express their frustration with the decision, arguing that it is a cowardly thing to do and accusing the Church of bending to secular whims. Others have expressed support and solidarity with the decision, painful as it may be, because the seriousness of this pandemic underscores the need to be adaptable and flexible.

It’s easy to turn to anger and frustration in these uncertain times. Sunday Mass serves as a constant for many of us each week, and a reassurance that no matter what kind of week we’ve had, the Lord is always waiting for us in the liturgy. When that solace is stripped from us, the natural response is sorrow masked with anger.

And while it seems easy enough to offer alternatives, such as allowing those more at risk to skip Mass and allowing those who are healthy to still attend, such suggestions are not adequate in these times. If we are to heed the directives outlined by the Center for Disease Control and Prevention and the various other medical experts who have weighed in, then we must accept that daily life in society, and subsequently the Church, is going to look a lot different for the foreseeable future.

As prominent health and government officials have reiterated over the past couple of weeks and and continue to reiterate, this outbreak is something that needs to be taken with the utmost seriousness.

Now, these numbers may not seem drastic when compared to the grand scheme of things, but being a people of reason, we can surmise the potential for disaster by looking at other examples of countries who did not act quickly enough. Sadly, Italy is completely overwhelmed with the rampant spread of the virus. News reports from the country paint a dire picture of desperation.

Because Italy didn’t act quickly enough and enact social distancing measures, their healthcare system is being stretched to its limits and on the verge of collapse. Doctors are having to make impossible decisions of which patients can still be helped, and which ones are beyond saving. Nurses on the frontline are calling the situation akin to a war.

The reality is that if people don’t start taking this outbreak seriously, the U.S. could very rapidly be in a similar situation. Consider that on Feb. 21, Italy had zero confirmed cases of COVID-19. In the course of one month, over 53,000 confirmed cases were reported with nearly 5,000 deaths. This is why the entire states of California, New York, New Jersey, Connecticut, Illinois and over 10 others have enacted shelter-in-place measures (Editor’s Note: And now Colorado, too). This means one in four Americans are being ordered to stay indoors.

This all sounds very alarmist, but again, being a people of reason, we must look at the facts. This is a virus that doesn’t discriminate. Young and old alike are being infected and brought close to the edge of death or past it. While preliminary data shows that elderly and those with underlying conditions are at higher risk, the CDC recently contended that 40% of patients sick enough to require hospitalization were aged 20 to 54.

Now is not the time for people to be cavalier about this. This is compounded by the fact that some people are asymptomatic, meaning they could be carrying it and not even know it.

In a recent interview with Wired, Larry Brilliant, the epidemiologist who helped defeat smallpox, summed it up rather succinctly: “It’s the most dangerous pandemic in our lifetime.”

Canceling Mass: An act of charity

When presented with these facts about COVID-19 and more, the bishops of Colorado have done what any good shepherd would do: they did what was necessary for the common good to protect the most vulnerable members of their flock.

In light of all of this, the suspension of public Masses should be seen as an act of charity more than anything else. As Catholics, we champion the dignity of life from conception until natural death. And the fact of the matter is that if we were to unknowingly infect one of our fellow parishioners with COVID-19 and they died from it, that would not be a natural death.

This is an unprecedented time in human history. And it’s in times like these that the Church has a profound opportunity to do what Christ commissioned her to do: serve those most in need and love our neighbors. To do so requires sacrifice, and at this moment in history, we as Catholics are being called to something greater than ourselves.

It is a strange irony that this “greater calling” is participating in the Mass from our own homes rather than at our parishes. But if the Church truly is the mystical body of Christ, then the communion that exists while kneeling next to each other in the pews still exists within the walls of our homes.

Until the government mandates it, some will continue to disregard the seriousness of this situation and the urgent need to practice social distancing, starting right now. We at the Denver Catholic are urging you: please stay home and resist the temptation to act as though we are not living through a global pandemic. It is for your own good and the good of our local, national and global neighbors.