His Church. Our Experience.
Subscribe
HomeLocalHuman organs from pigs--is it kosher?
Local

Human organs from pigs–is it kosher? 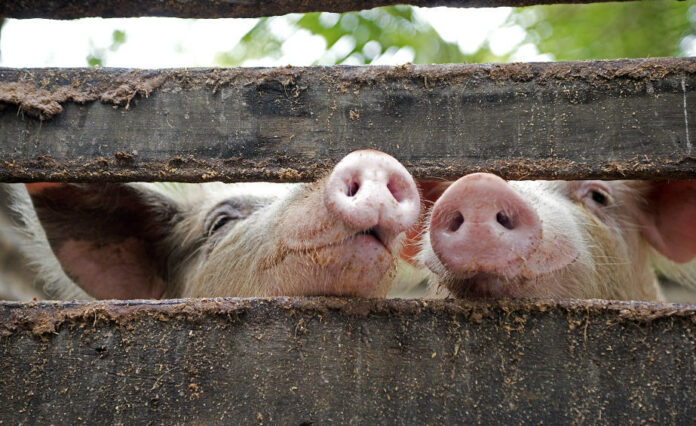 Human beings can have a visceral reaction to the thought of growing human kidneys or livers inside the bodies of pigs or cows. A participant in a recent online forum on human/animal chimeras described it this way: “Unbelievable!!! …If there was anything that was more anti-God it is the genetic formation of chimeras which is nothing more than Frankenstein monster creation.”

Although the idea of a chimeric animal is indeed unusual, several factors need to be considered in evaluating the practice of growing human organs within animals. Despite our initial hesitations, certain kinds of human/animal chimeras are likely to be justifiable and reasonable. This comes into focus when we recognize, for example, how thousands of patients who have received replacement heart valves made out of pig or cow tissues are already themselves a type of human/animal chimera. For many years, moreover, scientists have worked with chimeric mice that possess a human immune system, enabling them to study the way that HIV and other viruses are able to infect cells.

We routinely use animals to address important human needs. We eat them and make clothing out of them. We keep them in zoos. Utilizing them for legitimate and important medical purposes like organ generation and transplantation should not, broadly speaking, be a cause for alarm. As another online participant noted, only half in jest: “Think of it — a pig provides a human heart, lungs, and liver then the rest is eaten for dinner! ….Plus the pig will likely be chemical free, well-fed, and humanely treated.”

If a pig were in fact able to grow a human kidney in place of its own kidney, and if it could be used for transplantation, it could provide a major new source of organs in the face of the critical shortage that currently exists. Many patients today are on waiting lists for a kidney, and a significant percentage die before an organ ever becomes available.

Yet significant technical and ethical hurdles remain before growing organs in pigs is likely to be feasible.  The science is still in its infancy, and researchers have yet to figure out how to make human cells co-exist in a stable fashion with animal tissues. There are abundant concerns about the possibility of transmitting animal viruses to humans especially considering how readily other viruses like avian flu have been able to jump from birds to humans.

Even assuming these kinds of risks are able to be minimized, and pig/human chimeras could be safely produced, there would still be several ethical issues to consider. One concern involves using stem cells from human embryos as part of the process of making pig/human chimeras. Typically scientists try to generate chimeras by adding human embryonic stem cells to animal embryos, which then grow up and develop into chimeric animals. Destroying young humans in their embryonic stages for their stem cells is gravely objectionable, so creating chimeras could be ethical only if alternative, non-embryonic sources of stem cells (like adult stem cells or induced pluripotent stem cells) were utilized for the procedure.

The technology might also lend itself to other unethical practices, like trying to create a pig that could produce human sperm or eggs in its genitalia. Similarly, if human nerve cells were incorporated into a developing pig brain in such a way that the animal developed what appeared to be human brain structures, some have noted there could be questions about the occurrence of intelligence or self-consciousness or other facets of human identity in the animal. Although such concerns seem farfetched, given the dearth of knowledge about the “scaffolding of consciousness,” it seems reasonable to limit this kind of experimentation. Some scientific agencies like the National Institutes of Health have restricted the availability of research funds for the study of human/animal chimeras because of these and other considerations, seeking to levy pressure so that the needed ethical discernment and discussion occurs before researchers proceed further.

We tend to view modern scientific progress as a powerful “engine of good” for the well-being of mankind, and therefore we view most scientific research with hope. This is proper and fitting, and to reinforce and reinvigorate that hope, we should continue to insist that cutting edge biomedical research remain in active dialogue and interaction with sound ethics. The expanding study of human/animal chimeras challenges us to reflect carefully on the morally appropriate use of these novel and powerful technologies, so that human dignity will not be harmed, subjugated, or misappropriated in any way.

Rev. Tadeusz Pacholczyk, Ph.D. earned his doctorate in neuroscience from Yale and did post-doctoral work at Harvard. He is a priest of the diocese of Fall River, MA, and serves as the Director of Education at The National Catholic Bioethics Center in Philadelphia. See www.ncbcenter.org