How we protect life determines our future 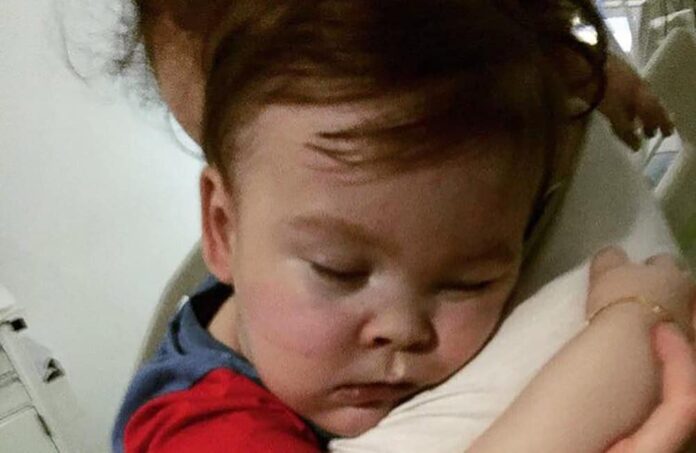 The moment you first see a child on the ultrasound monitor at the doctor’s office is truly breathtaking. You see the baby moving, you hear its heart beating — there in front of you is new life, the first blessing bestowed by God on man and woman at their creation (Gn. 1:28). Man and woman are called to be co-creators with God as the two become one flesh in their child — a gift from God.

Sadly, our country, and many others around the world, have silenced these small miracles and vulnerable children like Alfie Evans with appeals to false or lesser rights. The gravity of these attacks on life demands that we boldly and lovingly speak out against these lies and actively support life at all stages, even when its inconvenient, because society’s future depends on how we respond.

Like many people, and Pope Francis himself, I followed the plight of little Alfie Evans with concern and prayers. I was encouraged when the Holy Father met with Alfie’s father, Tom, and then held a moment of silence to pray for the Evans Family at his Wednesday General Audience. The Pope told the attendees at the audience that he wanted to “reiterate and strongly confirm that the only master of life, from the beginning to the natural end, is God! And our duty, our duty is to do everything to preserve life.”

Days later, when Alfie received Italian citizenship, it seemed that there was a chance that this innocent, almost two-year-old boy might be treated as a person with human dignity and that his inherent rights given to him by God would be acknowledged. But in the end, the British government cast those rights aside and determined that it was the master of Alfie’s life. Justice Anthony Hayden even ruled that removing medical treatment and preventing Alfie from receiving alternative care in Italy was in his “best interests.”

Alfie, like Charlie Gard before him, became a victim of the throw-away culture that Pope Francis has warned about so often.

This government coercion is not unique to Europe, either. When people begin to believe that their rights come from the government and not God, anything can become a “right” through a simple act of lawmaking or a judicial ruling.

On May 3, some members of the Colorado House of Representatives introduced House Bill 18-1438, which would have required all employers that offer health insurance to pay for plans that cover abortion, sterilization and contraception. The bill incorrectly argued that “Every individual possesses fundamental rights to privacy, dignity, and autonomy to make personal reproductive decisions, including the decision to seek reproductive health care such as prenatal care, contraception, and abortion …” Killing an unborn child can never be a right.

While there was a religious exemption included in the bill, it would not have covered business owners who object to these procedures or organizations like Catholic Charities that serve the public. Thankfully, the bill died in committee, but do not be surprised if it returns next year.

In Ireland, another battle is playing out as the country prepares to vote on May 25 about repealing the 8th Amendment of its constitution. This amendment rightly recognizes the equal right to life of mothers and their unborn children, but it is under threat from an organized campaign that includes endorsements from celebrities like the band U2 and the singer Mary Black.

Our country has benefited spiritually and culturally from the many Irish men and women who emigrated here throughout the last two centuries, bringing with them their faith, culture and generous embrace of life. The existence in Ireland of the 8th Amendment is a testament to this longstanding culture of life and it deserves our support.

I strongly encourage you to join me in praying for a successful defense of the lives of Ireland’s unborn children in the lead up to the May 25 vote. And if you can vote in the referendum, I ask you to consider traveling to Ireland to do so, just as some did for the marriage referendum in 2015.

Human life reflects God, and any time the Evil One can attack it, he will. He does so by cunningly trying to convince us that life is no longer “in our best interests,” or “that the dignity of the human being is decided by each person or the state, and not by God.” These lies lead to tragedies: ending an unborn child’s life, cutting off a ventilator for Alfie Evans, encouraging people to commit suicide, treating the homeless or immigrant with disrespect, or encouraging human trafficking, the message is the same.

We must counter these lies with a loving and sometimes sacrificial embrace of all life. We must humbly acknowledge that God knows the full potential of our lives better than we do, and that he alone should determine when they end.

In our prayer, let us ask God the Father of all life, to help us love life as he loves life, to love as he loves – to treat all life with dignity and reverence, both in our lives and in our laws. As Saint Gianna Molla so insightfully said, “Love and sacrifice are closely linked, like the sun and the light. We cannot love without suffering and we cannot suffer without love.” Standing up for the unborn and vulnerable will involve suffering, but doing so will grow our hearts to be formed after the heart of Jesus and determine the future of our society.