How to respond to God’s infinite love 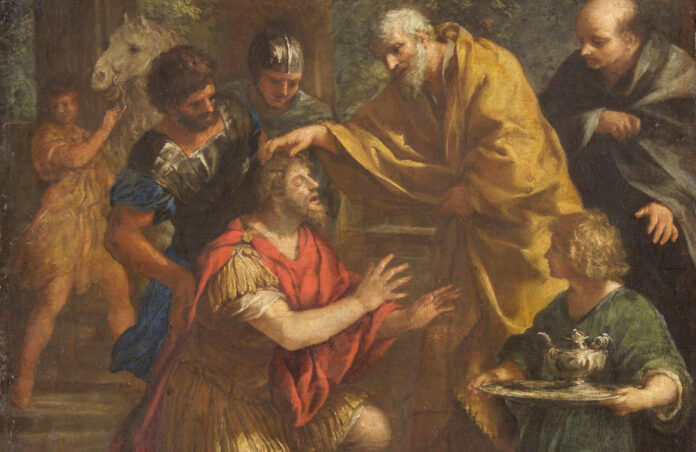 With the latest edition of the Denver Catholic magazine, I am completing the telling of our story as children of God the Father. You might recall that the past two issues (read here and here) have covered how God brought us into existence as the peak of Creation, how we were taken hostage by evil and sin when Adam and Eve fell from grace, and finally, how the Father responded to our plight by sending his son into the world to rescue us through his death and resurrection. This column’s focus is the final chapter: how should we respond to what God has done for us?

This part of our story continually unfolds as we live our lives. We add to this narrative with each decision we make and with each day that passes. The Kingdom of God and our role in it is woven into this story, too. When we talk about the Kingdom of God, it’s helpful to realize that it is a kingdom that is unfolding in history and will only reach its final form at the end of time. It is what theologians have called the “already and not yet” reality of the Kingdom of God.

The Catechism describes this dual reality as follows: “By a discernment according to the Spirit, Christians have to distinguish between the growth of the Reign of God and the progress of the culture and society in which they are involved. This distinction is not a separation. Man’s vocation to eternal life does not suppress, but actually reinforces, his duty to put into action in this world the energies and means received from the Creator to serve justice and peace” (CCC, 2820).

The famous Christian author C.S. Lewis uses a vivid analogy to describe how we can locate ourselves within the timeline of our unfolding story. “Enemy-occupied territory—that is what this world is. Christianity is the story of how the rightful king has landed, you might say landed in disguise, and is calling us all to take part in a great campaign of sabotage.” (Mere Christianity).

So how can we respond to all that God has done for us? How can we engage in sabotage against the Evil One? We do this by knowing what the landscape around us looks like, where we are headed – to the Kingdom of God – and how to get there.

In terms of where we are, the Church is catching up to the fact that the culture has become post-Christian. Many of our institutions and structures are operating using old maps that have features on them that have been wiped out by the rising secular tides. That is why Pope Francis joined his recent predecessors in calling for a “‘missionary option,’ that is, a missionary impulse capable of transforming everything, so that the Church’s customs, ways of doing things, times and schedules, language and structures can be suitably channeled for the evangelization of today’s world rather than for her self-preservation” (Evangelii Gaudium, 27).

Most of us have grown up in a Church that is built around maintaining its institutional presence and to a degree relying on the surrounding culture to transmit Christian values, so this shift is uncomfortable and unfamiliar. It’s also difficult because God’s plan is never fully laid out in front of us. But the wonderful thing about adopting a missionary orientation is that it creates greater room for faith, trust and the action of the Holy Spirit.

A good example of the impact of a missionary outlook is seen in Ananias, a Christian who we hear about in the conversion of St. Paul. Ananias was clearly a man attuned to the Holy Spirit, since he received a vision of Jesus, who told him to go to Paul and heal him of his blindness. Because he trusted in Jesus’ direction, Ananias obeyed, even though he knew that Paul had been persecuting the Christian community in Jerusalem. Ananias knew where he was going in the larger sense. He knew that spreading the Gospel was more important than any threat of imprisonment that he might risk by listening to what he heard through the Holy Spirit. So, he went to see Paul and the trajectory of the Church was eternally impacted by his obedience. We need to individually and as a Church seek to grow in this kind of faith if we are to be effective witnesses in the world today.

The final thing that Ananias did when he arrived where Paul was staying lays out the path we should follow in building the kingdom of God. Ananias called Paul his brother, trusted in the Lord’s word to him about Paul’s conversion experience, and laid his hands on him to pray for his healing from blindness.

In other words, we should respond to God’s love for us by relying on him to transform our hearts, to make us new creations that are capable of resisting and sabotaging Satan’s plans, and bring healing to those in need through the gifts of the Holy Spirit and the sacraments.

Those are somewhat general guidelines for our mission as Catholics in a post-Christian culture, so I would like to offer some additional fatherly advice. First, pack for the journey, which means establishing a regular prayer life of at least 15-20 minutes a day with the Scriptures, spending time listening to the Lord in his Word.

Second, find a faithful, supportive community of friends, with whom you can pray together and talk about Scripture. If you don’t have a community in your parish, then you should consider if God is calling you to start one. You can meet in your home with that small community.

Third, apply St. Therese’s approach to the spiritual life to evangelization. St. Therese believed that following Jesus happens in everyday experiences, in little things. She was convicted that she could not be perfect in following the Lord and that he was always ready to forgive her if she was repentant. When applied to evangelization, this means that we should humbly seek to show our love for Jesus in the small acts and words of ordinary life and rely on his mercy when we fail to do so. In the words of St. Mother Teresa, “Never worry about numbers. Help one person at a time and always start with the person nearest you.”

Finally, we should look for the action of the Holy Spirit and be willing to follow his lead. Do not be afraid to venture into the deep and let down your nets for a catch. From now on, as Jesus told the Apostles, you will be fishers of men. This is how God calls us to respond to all that he has done for us. Let us pray for the courage and strength to follow him where he leads us.