His Church. Our Experience.
Subscribe
HomeLocalHoop it up with the Denver Nuggets on Catholic families night
Local

Hoop it up with the Denver Nuggets on Catholic families night 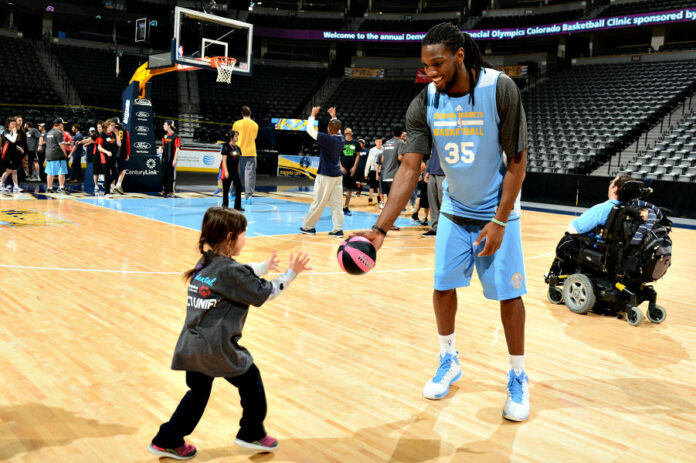 For the first time, the Denver Nuggets will host a night for Catholic families and youths to participate in pre-game activities and access discounted tickets for the Dec. 14 game against the San Antonio Spurs—last season’s NBA champions.

“I want them to come and have a real fun night as a family,” said Bill Hanzlik, a retired Nuggets basketball player and coach, and parishioner at St. Thomas More Parish in Centennial.

Now a pre- and post-game show host for the Nuggets, Hanzlik helped organize the group night for the Catholic community during which he’ll interview special guest Archbishop Samuel Aquila. The archbishop will attend the game and be interviewed by Hanzlik for a show appearing on the Altitude Sports channel, he said.

“The archbishop has been very supportive of this,” Hanzlik said.

A host of perks come with the group night at the Nuggets. Youths will be selected from area Catholic schools to participate in a basketball clinic on the Nuggets’ court, join in a pre-game high-five fan tunnel or flag presentation.

Tickets will be available at discounted rates for families, who also have the option to purchase a ticket for a Catholic school teacher.

“It’s going to be a real fun night,” Hanzlik said.