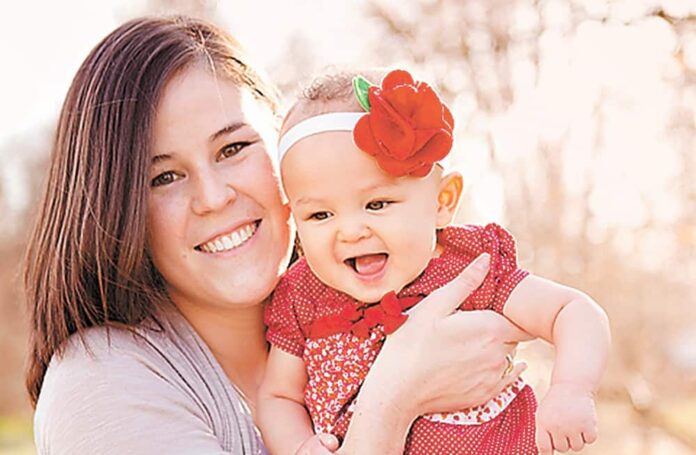 Every weekend, Raquel Kato drank heavily and had one-night stands at college parties. Every weekend, she promised herself it’d be the last time.

“I would just feel so dirty and worthless and had tons of guilt. But I would lock it up and never tell anybody, because I didn’t want to be seen as that girl who goes out and gets drunk and hooks up,” she said.

Partying at Benedictine College in Kansas and later at the University of Northern Colorado in Greeley was how the now-22-year-old Colorado native felt wanted. Her “perfect” life as the popular all-star athlete and academically-gifted student at Frontier Academy vanished in college.

“Once that was gone, I didn’t know where to find my sense of self-worth,” said Kato, who was raised Catholic. “That’s why I slipped into partying, because people would invite me and I sort of felt wanted there. It offered me a way to feel like I was important again because people knew me.”

Her 21st birthday was a blur.

She drank at bars and slept with a man who gave her a ride home. He told Kato to take the morning-after pill the next day since she wasn’t on the birth control pill, she said.

Kato said she took it a few days later, but a grocery store pregnancy test came up positive.

“My heart just stopped,” she said. “I never thought about being pregnant before. I didn’t think that could happen to me. I didn’t know what to do, and of course I didn’t tell anybody.”

She felt isolated and like she was living a nightmare.

“The devil started feeding me lies like, ‘This is so embarrassing and shameful. How could you let this happen, of all people? You used to be the straight-A student, the goodie-goodie, perfect girl. Now you’re the one getting pregnant.’”

Kato shared the story of the events that followed in a talk she gave last week during the Bearfoot for Babies pro-life initiative on the University of Northern Colorado campus.

After her 21st birthday, her parents and their church group took her to a wine-tasting event to celebrate.

“They were all so impressed with all that I was doing and my parents were so proud of me,” she told the Denver Catholic Register. “I just thought if they actually knew who I was, what my sins were and knew about my brokenness that there was no way they could love me anymore. It was at that moment I decided I had to get an abortion.”

She scheduled an abortion at the Planned Parenthood in Fort Collins on a weekend when her mother and friends would be out-of-town on retreat. She didn’t want to go to Mass until after her abortion. But she went anyway.

The church bulletin she grabbed announced 40 Days for Life had started. She decided to reschedule in case she crossed someone she knew praying outside the abortion clinic.

“That’s how sick my thinking was.”

She felt irritated until the consecration of the body and blood of Christ.

“I remember I looked up and saw Jesus Christ on the cross,” Kato described. “He was looking at me and I knew at that moment he was real and he forgave me. I heard him say to me, ‘Raquel, I love you and forgive you. It’s going to be OK.”

She felt he had pierced her heart, she said.

“I was convinced he was giving me all this grace,” she said. “I thought, ‘Maybe I can choose life, but I have to tell somebody.”

She called her mom and told her everything through tears.

Kato said, “That was exactly what I needed to hear. She did still love me. If (my family) didn’t respond that way, I would have absolutely had an abortion because I was so afraid.”

Kato’s daughter, AvaMarie Rose, is turning 1 this month. She was named after Eve, meaning life, and Marie, after Mary.

“I could relate to Mary because of her unplanned pregnancy and her ‘yes’ to life,” said Kato, who prayed the rosary throughout her pregnancy.

She now works as a crisis pregnancy options advisor at the nonprofit Resource Center for Pregnancy and Personal Health in Greeley. She is earning her master’s degree in school counseling.

Kato said she believes women are driven to get abortions because they fear gossip, being disowned and unloved after getting pregnant.

“If we accepted them in their brokenness, similar to the story of the prodigal son, if they knew they would be accepted and loved once they turned back, then we could eliminate abortion so much easier,” she said.

Kato said her faith changed after she chose life.

“There’s just no way I could not believe in God’s redemption and forgiveness. I would have never been confronted with forgiving myself and receiving love unless my daughter came into the picture,” she said. “I love her so much and it gives me a little glimpse of how much God loves me. If I love her that much then I know God loves me even more than that. That’s a lot.”