His Church. Our Experience.
Subscribe
HomeLocalHelping others: The ride of your life
Local

Helping others: The ride of your life 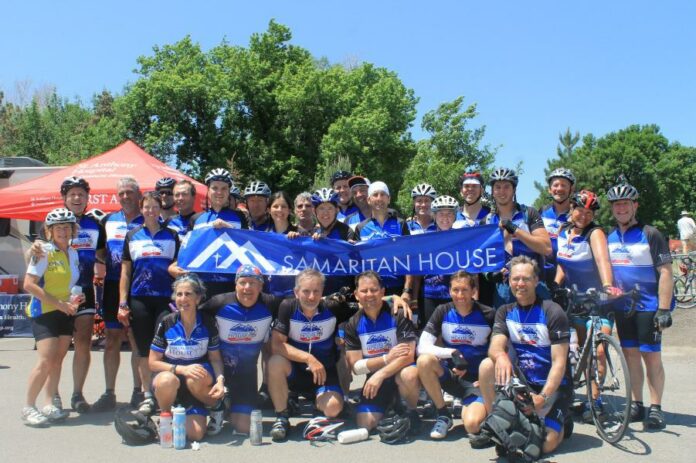 Near the beginning of a 464-mile bike tour, my right knee gave out. I pulled over to a Ride the Rockies aid station in a tiny town in Colorado and lay down in the grass, in pain, my knee swollen. I felt alone and helpless. When I received help, my sense of relief and security was overwhelming. When you can’t help yourself, it’s a cold and lonely feeling. It really takes your breath away.

Now, imagine the helplessness of someone experiencing homelessness: foraging for food in trash bins, hunkered down under a bridge or not sleeping for fear of harm. It’s not something you would ever want to experience. But thousands of our brothers and sisters across the country do experience homelessness. One-fifth of them are children.

There is good news. The estimated number of homeless people has trended down in the past decade. The sad news, in Colorado, is that we’re counter to the trend. Between 2015 and 2016, when overall homelessness (including people in families) dropped 2.6 percent nationally, Colorado experienced the single-largest percentage increase of homeless individuals (12.6 percent) of any state, according to the Annual Homeless Assessment Report from the U.S. Department of Housing and Urban Development.

The causes are many and varied. What’s important is what we do about it. At the Samaritan House homeless shelter in downtown Denver, of those individuals and families who complete the first 30 days of the Levels Program that includes life skills, more than 60 percent leave the shelter with housing in place. More than 90 percent have income in place.

This year, we will open the Samaritan House Women’s Shelter in northeast Denver to accommodate 150 women a night. We’re also moving our administrative offices to that location to be in closer community with those we serve. With your help, Catholic Charities is providing hope in the face of helplessness.

That’s also why, for the seventh consecutive year, Team Samaritan House is part of Ride the Rockies. I was on the ride in 2015 when my knee gave out. This year, I’ll be part of the support team as 40 members of Team Samaritan House pedal a 447-mile loop from Alamosa to Salida from June 10 to June 17. Why do they ride? For the love of the homeless and to raise $150,000 to support the shelters of Catholic Charities. Those riders are spending many hours in the saddle. I encourage you to support one or more of them at samhousedenver.org/rtr.

And after you do that, make plans to come down to Samaritan House and help serve dinner to the poor. You’ll be much richer for it. On a training run, one of our riders met a group of three men from Australia, riding their bikes. Just because they wanted to be a part of it, the men ended up helping Team Samaritan House serve a special pig roast dinner to residents of the shelter.

“I have competed well; I have finished the race; I have kept the faith,” proclaims St. Paul in 2 Timothy 4:7.

Join us. Let’s race together to serve others.

Larry Smith is the president and CEO of Catholic Charities in the Archdiocese of Denver. Visit online at ccdenver.org or call 303-742-0828 to learn more, volunteer or make a donation.

Larry Smith
Larry Smith is the former CEO and Executive Director of Catholic Charities of Denver.
RELATED ARTICLES
Around the Archdiocese