His Church. Our Experience.
Subscribe
HomeLentHelp support Ukraine and the Church in Central and Eastern Europe on...
LentWorld & Nation 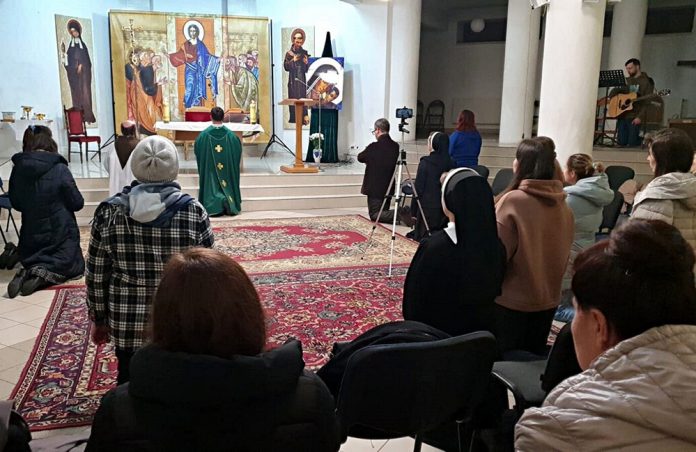 On Ash Wednesday, parishes around the nation will be holding second collections to provide aid and support to the Church in Central and Eastern Europe.

This annual collection, which is facilitated by the United States Conference of Catholic Bishops, was already scheduled prior to the invasion of Ukraine by Russia, making it all the more necessary to support the Church as they serve in that volatile region.

“The generation that has passed since the fall of the Iron Curtain has not yet undone the ruin perpetuated by decades of communist oppression,” said Bishop Jeffrey M. Monforton of Steubenville, chairman of the USCCB Subcommittee on Aid to the Church in Central and Eastern Europe. “When we give to the Collection for the Church in Central and Eastern Europe, we are sharing faith and mercy with people whose parents and grandparents were imprisoned for practicing the faith or praying.”

In addition to contributing financial gifts as they’re able, Christians around the nation can also express their spiritual support and solidarity with Ukraine through diligent prayer and fasting for world peace on Ash Wednesday, as Pope Francis recently called for.