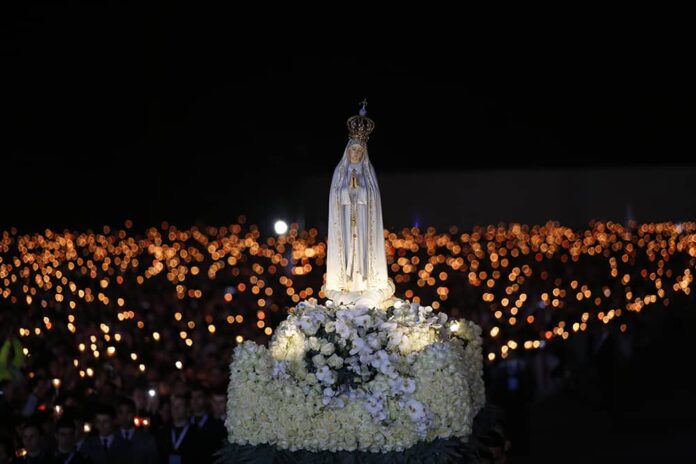 During the entire liturgical year, there are only two saints whose birth the Church celebrates: John the Baptist and the Blessed Virgin Mary. Why these two saints and not others? It is because God gave them the mission of announcing and bringing Jesus to the world. Today, every believer is tasked with preparing for this same mission.

Birthday celebrations are a recognition of the fact that the world is changed by every birth; a completely unique person is added to the ranks of the living. But when we celebrate Mary’s birth on Sept. 8th, we are recognizing that the world was changed in an even more profound way and eternal way. In her, we witness the fulfillment of God’s promise in Genesis 3:15 that the Devil would be crushed by the offspring of a woman.

This woman is Mary, the New Eve, whose role St. Irenaeus of Lyon beautifully described in the second century. “Just as the former—that is, Eve—was seduced by the words of an angel so that she turned away from God by disobeying his word, so the latter—Mary—received the good news from an angel’s announcement in such a way as to give birth to God by obeying his word; and as the former was seduced so that she disobeyed God, the latter let herself be convinced to obey God, and so the Virgin Mary became the advocate of the virgin Eve” (Against Heresies, V, 19, 1).

The birth of Mary was a turning point in salvation history. It was the moment at which the new Eve was born and because of her “yes” to being the mother of the new Adam, God became a man.

God also calls each of us to bring about the kingdom of God today in a way that is uniquely tailored to the gifts the Father has given us. We all have a part to play in the salvation of the world, and this coming October 13th could serve as a moment of grace in your journey to your true home in heaven.

The significance of October 13th is that it is the 100th anniversary of Mary’s appearances at Fatima. The central message of Fatima, which remains relevant today, is this: that Mary wishes to assist us, through her Immaculate Heart, in bringing the world back to God. Mary’s deepest desire is that the world come to know the mercy and love of her Son. That every human being may encounter him and put their faith in him.

Given the ever-present need for our hearts to be formed by Jesus, Bishop Rodriguez and I are inviting everyone to consecrate themselves and the whole archdiocese to the Immaculate Heart of Mary in a ceremony at the Cathedral Basilica on Oct. 13th. Every parish is being invited to participate in this consecration, either with their own simultaneous ceremony or by following the cathedral liturgy via livestream.

The archdiocese is also making preparatory materials available at www.archden.org/heartofmary. Visit the site, and look at ways you can personally prepare for this consecration and participate in it more fully.

As we celebrate the birth of Mary, I pray that each one of you will open your hearts to hear the words, “Behold your mother,” that Jesus spoke from the Cross. Open your hearts to receive Mary as your mother and to grow in intimacy with her, for she will always lead you to her Son. Pray for a deeper faith and to have the faith of Mary, who was blessed for her confidence in God’s promises to her (Lk. 1: 45). Pray, too, for the conversion of the world, and that every human being may open their hearts to encounter Jesus and come to know his eternal love for them! May Mary place her mantle of love and protection over you!