Head of Little Sisters to comment after Denver hearing 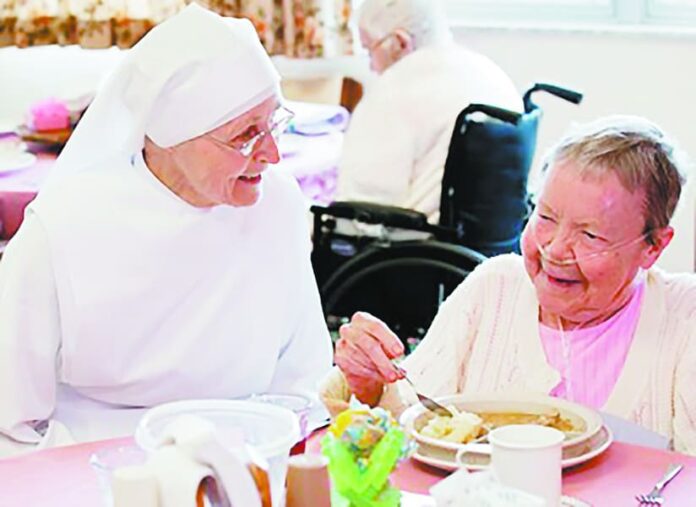 The superior of the Little Sisters of the Poor order will comment publically for the first time after a federal court in Denver hears its argument next week against the government’s imposed contraceptive mandate.

The order of nuns’ provincial superior, Mother Loraine Marie Maguire, lsp, will attend the oral argument set for 9 a.m. Dec. 8 in the 10th U.S. Circuit Court of Appeals at the Byron White courthouse in downtown Denver. The hearing is open to the public.

The nun, who oversees the order’s 28 nursing homes for the elderly poor across the U.S., is expected to comment immediately following the hearing with attorney Mark Rienzi of the Becket Fund for Religious Liberty.

Mother Maguire’s comments follow more than a year of court battles the Becket Fund has fought for the Little Sisters who object to the federal Health and Human Services mandate because it conflicts with their religious beliefs. The mandate is a part of the Affordable Care Act that forces employee health plans to provide free coverage of contraceptives including sterilizations and abortion-inducing drugs and devices.

The Little Sisters were granted a temporary injunction, which shields them from the mandate, after filing an appeal in February in Denver federal court.

“The sisters just want to be able to do what they have been doing and offer generous health benefits that don’t include drugs the sisters can’t help provide,” said attorney Adele Keim of the Becket Fund.

The Little Sisters are one of 400 ministries in the class-action lawsuit against the mandate.

The Becket Fund has released comments on behalf of the Little Sisters, including a recent response to government officials’ latest adjustment to mandate requirements.

In a letter dated Oct. 27, the Little Sisters commented that the mandate “threatens our religious ministry in ways that are unfair, illegal and entirely unnecessary.”

“For the reasons set forth in our court papers, the government’s efforts to coerce us in this manner are illegal,” the letter reads. “They are also entirely unnecessary. While we do not share the government’s goals of promoting and distributing these products, we are confident that the government can devise other ways to achieve its goals without taking over our health plans.”

The letter was signed by Mother Maguire.

For more information about the Becket Fund and the Little Sisters case, visit www.becketfund.org/hhsinformationcentral.