Has the Church been infiltrated? 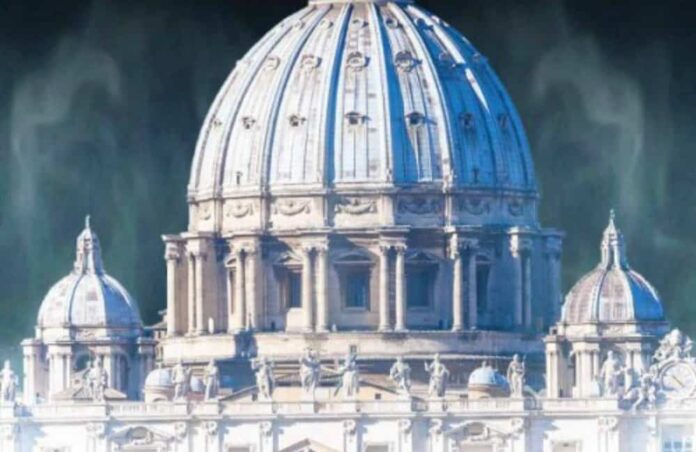 Both Jews and Greeks were scandalized by the Incarnation. Could the Son of God truly become man, taking on our weak flesh, and suffering to the point of death? That same shock and disbelief could be applied to the Church, the continuing Incarnation of Christ in the world: does God truly work through a communion of weak and even sinful human beings to teach his truth and communicate his grace? Many cannot accept this truth.

I teach Church History for the Denver Catholic Catechetical School (sjvlaydivision.org/enrichment-courses) and we explore the shocking scandals and sufferings of the Church throughout history, but also how God uses these events in his providence and draws good out of evil. In the course of the story of the Church, there are many cases of betrayal, where Church leaders have given into corruption and undermined the Church’s mission and integrity. There are also cases of infiltration, where individuals with a preexisting agenda enter the Church’s leadership to direct the power and influence of the Church to their own ends. Examples of this infiltration would be the appointment of Arian bishops by the Emperor Constantius, the use of the hierarchy by monarchs for their own political gain, and the subversion of the Church by modern regimes beginning with the French Revolution and extending to proven Soviet agents. Taylor Marshall, a philosopher and apologist, has released a popular and controversial book, which attempts to trace a recent movement of infiltration beginning in the 19th century: Infiltration: The Plot to Destroy the Church from Within (Sophia, 2019). The book has garnered a lot of attention, including from the secular press, partly due to the thousands of people who agreed to be part of the “launch team.” It has also gotten some harsh critiques from Catholic pundits for recycling conspiracy theories. Striking a balance, I find that Marshall has raised some important questions and concerns, but also offers an oversimplified narrative that does not tell the whole story and, even when raising valid concerns, makes some unsubstantiated assertions.

In a way, the book takes on too much and too little the same time — too much by trying to connect so many dots, too little by not addressing the topics in enough depth. Many of these “dots” are significant: major changes to the governance of the Papacy through the loss of the Papal States, Marian apparitions, stated goals of infiltration by secret societies, upheaval surrounding the Second Vatican Council and liturgical reforms, and current confusions over doctrine. Accusations of Communist and Freemasonic influence are leveled in general fashion, without even distinguishing the distinctive elements of the two movements and their general historical trajectories, such as the dynamics of the Church in Communist nations.

These complex issues are strewn together in an infelicitous manner and their significance to the narrative is not always spelled out but rather implied. Sometimes they are introduced in such passing manners that their essence becomes obscured, such as in the Modernist controversy, a subject I’ve studied and taught, and which, in my opinion, is not accurately portrayed; and likewise with the nouvelle theologie, a movement of return to the sources of Scripture and the Fathers, which Marshall portrays in one sided fashion, without acknowledging contributions made by these theologians, despite genuine concerns.

Difficulties in the Church surrounding sexual morality are not presented in light of the general cultural upheaval of the sexual revolution, but rather as a long-standing plot against the Church. His narrative also oversimplifies the pontificates of John Paul II and Benedict XVI by reducing them to a few issues that fit within his perspective and does not present the full complexity of the Vatileaks scandal.

There are also some holes in the narrative. For instance, in referencing Bella Dodd’s congressional testimony in 1953 on Communist infiltration of the Church beginning in the 1920s, Marshall creates a list of possible Communist Cardinals. To take one example of Cardinal Francis Spellman, he was ordained a priest in 1916. One wonders how he could be part of a plot that began in the late 1920s to plant Communist seminarians. The former Cardinal McCarrick’s time in St. Galen, Switzerland is introduced in conjunction with the nearby presence of a bizarre Masonic group, but without evidence of any connection between them. Pope Francis is treated as the climax of Freemasonic influence without any serious exploration of his Peronist political background or the turmoil of the Jesuits during the time of his ordination. Marshall also fails to consult more recent and updated research on the death of John Paul I and the assassination attempt on John Paul II, which debunk what he implies in his narrative.

Overall, we should be concerned about the problematic influence of the modern world on the Church. Even if it is true that on occasion leading churchmen have been influenced by Masonic or Communist ideology, which appears to be true, the bigger problem is that a majority of Christians have been following the world more than Christ. Rather than addressing the multifaceted and complex difficulties facing the Church in a sober and responsible way, Marshall inflames the current crisis of the Church and in his conclusion advocates a “recognize and resist” mentality. The solution is much more fundamental: the Church must embrace genuine reform through radical conversion to the Gospel. This will not come from policies and programs, but a deeper adherence to the truth and grace offered to us by the Church through the holiness of Christ, not the strength and purity of her own members or leaders.

Jared Staudt
R. Jared Staudt, PhD, is a husband and father of six, the Associate Superintendent for Mission and Formation for the Archdiocese of Denver, a Benedictine oblate, prolific writer, and insatiable reader.
RELATED ARTICLES
Mary Beth Bonacci