Giuseppe Moscati: The lay bachelor who became a saint 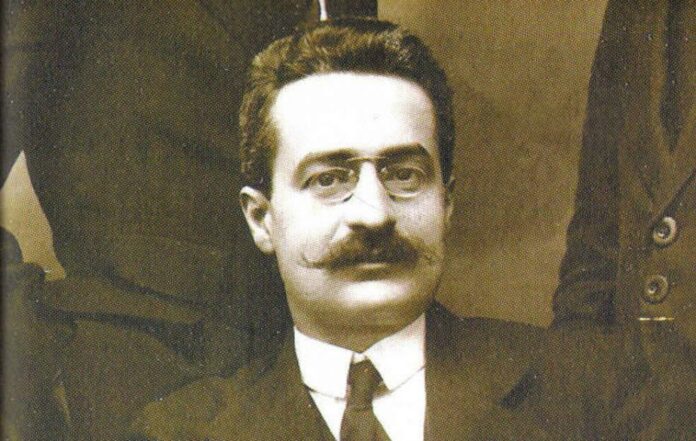 As we approach Valentine’s Day, brace yourself to inundated with condescending messages about how to “survive” or “navigate” the holidays as a single person. Is anyone getting sick of this? Vocation–whether it’s married life or consecrated–isn’t a prerequisite for sainthood.
I sometimes think that in our desire to make sure we all take vocation seriously, we give the impression that sanctity doesn’t start until the vows are made. This is ridiculous. To quote the very first line of the Catechism: “at every time and in every place, God draw close to man.” There is no vocational prerequisite.
Being single has its own unique opportunities for holiness. We can give ourselves to our neighbors the way our married friends just can’t, yet we have more connection to the world and power to evangelize than many consecrated.

Perhaps one of the best examples of this was Saint Giuseppe Moscati, an Italian physician who lived in the early 1900s. I made his life into a list so it’s easier to skim, but I’d really prefer if you read it.

St. Giuseppe was born on Sept. 25, 1880 in Benevento, Italy. To put it delicately, he was hard-working and intelligent. To put it honestly, he was crazy stupid unbelievable-level smart.  Despite his family’s legal background, St. Giuseppe decided to study medicine. This was largely influenced by his older brother, Alberto, who suffered a head trauma when Giuseppe was 12. Giuseppe saw the care his brother received, and decided he would commit his life to alleviating both the spiritual and physical pain that afflict the ill.
He did it. He would often see patients free of charge, and would even sometimes send them home with a prescription and a 50-lire note.

Before examining a patient or participating in research, Moscati would take the time to place himself in the Presence of God. He also practiced detachment in a way that made sense for his state in life. It wouldn’t make sense for him to sell everything and live on the streets, because that would inhibit his ability to give quality medical treatment to his patients. Instead, he turned down promotions that would have given him an illustruous academic career. He realized God’s plan for his gifts was to serve his patients and train his interns.

St. Giuseppe didn’t give long-winded speeches about why he was a “Catholic” doctor, or why his faith was the most important piece of his life. It was more like his faith was at the heart of his life, and everything else radiated out from it. He didn’t just study a singular brand of medicine; he made himself proficient in 20 different specialties so that he could better serve his suffering patients. One fellow doctor recalled that his knowledge was “so complete in all its ramifications that those who were studying to be specialists found themselves calling on him constantly to ask for clarifications. Amazing incidents often occured in which he, against his will, was compelled to point out the truth to experienced specialists.”

Obviously, he did many of the corporal works of mercy, such as visiting the sick and giving food to the hungry, through the course of his job. However, he also made a point of practicing the spiritual works of mercy. He seems to have been espeically devoted to teaching the ignorant, saying it is “an obligation in conscience to instruct the young, shunning the current fashion of jealously keeping secret the fruit of one’s own experience, but rather revealing it to them.”

On April 22, 1906, shortly after Giuseppe graduated medical school, Mount Vesuvius erupted. Lava, ash and stones burst out of the crator and poured down the slopes of the mountain. The town was impossible to reach by rail. The people living in the ravaged towns were fighting to get their families to safety, but Giuseppe knew that many wounded lay in the hospitals. Since he didn’t have a family for which he was responsible, he went to the afflicted town of Torre del Greco and ordered the director to leave, as the building was about to collapse. He then began to help the most severely disabled to cars, aided only by an inspector and a handful of nurses. Just as they evacuated the last patient, the roof capsized.

Giuseppe could have demanded to be treated like a hero after that (I know I would), but instead he wrote a letter asking for a reward for the inspector and nurses.

“I am certain that anyone of my station would have done the same and better,” he said.

You can learn more about Giuseppe by reading this book or watching this movie (in Italian, with subtitles) by Ignatius Press.