Greg Maddux, Jesus Christ and the Sword of the Spirit

In the Church’s eternal wisdom, the feasts of Easter and Pentecost fall around the start of baseball season. Some might be tempted to pass this off as “coincidence,” but I tend to favor providence in this matter. My favorite baseball memory occurred on June 10, 2005. The Cubs were playing the Red Sox and Greg Maddux took the mound against Bronson Arroyo. Now, you should understand that Greg Maddux is my favorite ball player of all time. I witnessed him dominate on the North Side in his early years, shared in the bitter-sweet glory of his championships in Atlanta and welcomed him home in a triumphant return to the Windy City.

On this day, Greg Maddux not only won (obviously), but he hit a home run, which used to be very rare for pitchers. It was the bottom of the sixth inning and I remember seeing the ball hit his bat and I immediately rose to my feet with both hands raised as the rest of Wrigley sat and chatted. No one expected it because frankly, Greg Maddux was an awful hitter; he could lay down a bunt with the best of them but anything more than a single was a once in a season type moment. Eventually, and it seemed like forever, the ball barely fell in the basket and the stadium erupted.

The reason why Greg Maddux is my favorite player has nothing to do with his bat, but his masterful pitching. You may think that meant that he threw a lot of strikeouts, but while he fanned his fair share, Greg Maddux pitched to contact. He had a mean sinker that made players want to swing only to ground out and into double plays. He wasn’t afraid of the batter swinging; in fact, he welcomed it — it was his whole dang plan.

When I read the Gospels, I see Jesus on the mound dealing just like Greg Maddux. He doesn’t avoid contact or conflict. Instead, he seeks it out. When Mary and Joseph presented Jesus in the temple as a baby, the prophet Simeon proclaimed, “This child is destined for the falling and the rising of many in Israel, and to be a sign that will be opposed” (Lk 2:34). Conflict is Jesus’ vocation. As an adult, he confirms this when he says, “Do not think that I have come to bring peace to the earth; I have not come to bring peace, but a sword” (Mt 10:34). That’s the Jesus I’m throwing out there on Opening Day and you can bet the house that we’re coming home victorious.

That is truly our Jesus, our Head, our Savior and our King. Have we made him into something else — someone, perhaps, a little quieter? Gentle? Not as offensive? I know I’m guilty of doing so in the past, but whatever I made him into isn’t who he is and always will be. As we are built up by the Mass readings from Acts this Easter, and as we approach Pentecost, I’m calling on every man and woman of good will to reconsider who Jesus really is.

We are people who were born to achieve peace by way of war. If not, why did Jesus bring a sword? Was it to mount on our wall and only reference when we speak of Church history? St. Paul speaks of Christians receiving the Sword of the Spirit in Ephesians. I believe that the Lord is offering us a new sword this Pentecost. But like every gift, you have the choice to receive it and use it, or not to. We need to take a good, hard look at ourselves as a Church. Scripture says that, “David ran quickly toward the battle line to meet the Philistine” (1 Sam 17:48). I know there is no shortage of Philistines, but are you running toward them to conquer?

I love listening to the bridge of “Christ is Risen” by Matt Maher during Easter. The lyrics, quoting St. Paul are, “Oh, Death, where is your sting? Oh, Hell, where is your victory?” I look out on the world and see the sting of death and the advancement of Hell all around me. I also see the grace of God abounding in miraculous and overwhelming ways. So, my question to us is: Church, where is your sting? Christ has proved victorious; are we willing to call down the reign of Heaven in the face of Hell? If you are, join me in this prayer:

Lord Jesus, you are my King. Give me boldness and courage to proclaim your Gospel in the public square. I give my life to you again today. Release your Spirit and your Kingdom in me Lord, that I might exist for the praise of your Glory. Amen. 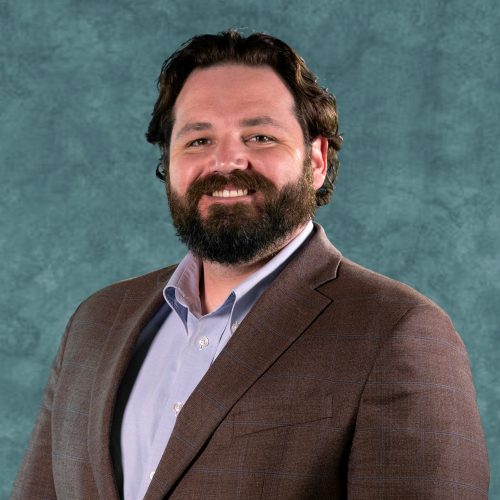