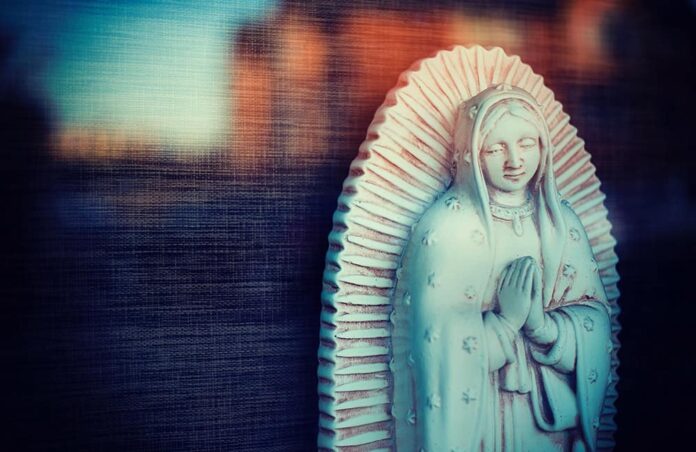 A chapter in a remarkable American and Catholic life will close on June 6, when Abbot Thomas Frerking, OSB, concludes more than two decades of service as leader of the monastic community at St. Louis Abbey. His story deserves to be better known.

William Preston Frerking was born into a historically Presbyterian family in St. Louis on July 29, 1944. Two years later he was struck by polio, the childhood disease most dreaded by parents before the Salk and Sabin vaccines. His doctor, perhaps without knowing it, spoke prophetically when he told the boy’s parents, “He may be crippled in body, but don’t cripple his mind.”

They didn’t. And as William Frerking was completing an outstanding undergraduate career at Harvard, he was encouraged to apply for a Rhodes Scholarship. He so impressed those conducting the preliminary screening of Rhodes candidates that he eventually found himself a finalist, just one interview away from landing perhaps the most coveted academic prize in the Anglosphere. There was a hitch, though.

Cecil Rhodes wanted his scholars – think Pete Dawkins and Bill Bradley – to exemplify the ancient maxim, mens sana in corpore sano [a sound mind in a sound body]. And thus far, none of the Rhodes’ judges had had the nerve to ask William Frerking about his disability – unmistakable because of the braces with which he walked and the crutches he sometimes used. The issue could not be indefinitely avoided, however. So at the conclusion of the final interview, during which the candidate had wowed the Rhodes jury yet again, one member of the selection committee asked, softly, “And about the athletics?” Missing nary a beat, young Mr. Frerking answered, “I play a mean game of bridge.”

He got his Rhodes Scholarship.

The result, however, was not what he or the Rhodes selection committee might have imagined.

During his years at Trinity College in Oxford, this young scholar in philosophy experienced a profound religious conversion through his encounter with the Oxford Catholic chaplaincy. Received into the Catholic Church in 1970, he completed his formal education with two Oxford degrees: an M.A. in theology and a D.Phil. in philosophy, the latter earned with a dissertation written under the guidance of the great Elizabeth Anscombe. Then, during five years of teaching at Notre Dame, William Frerking began to hear a call to monastic life. In 1979, he entered what was known in those days as St. Louis Priory, eventually taking the religious name “Thomas.” After making final vows in 1984, he was ordained a priest in 1986 and taught theology for several years before becoming the abbey school’s headmaster in 1992 and abbot of the monastery in 1995. Because of the long-term effects of his polio, he has led his brother-Benedictines from a motorized wheelchair for the past several years.

His retirement coincides with the fortieth anniversary of Aleksandr Solzhenitsyn’s 1978 commencement address at Abbot Thomas’s undergraduate alma mater, Harvard. In what was perhaps his most controversial public statement, the great Russian chronicler of the evils of the communist system, speaking “as a friend, not an adversary,” nonetheless criticized the West for what he described as its “loss of will power,” “psychological weakness,” and “spiritual exhaustion.” Of the many extraordinary people it has been my privilege to know, few have offered as profound a contrast to that critique as Abbot Thomas Frerking.

For me, as for many others, he has been a model of determination, strength, and spiritual depth. In a culture that Solzhenitsyn rightly criticized for its obsession with “unlimited freedom in the choice of pleasures,” Abbot Thomas has lived a vocation of self-giving and self-denial, gently summoning the students he taught, their parents, and the monks who kept re-electing him their superior to a nobler understanding of freedom as a matter of choosing the good, freely. That achievement was not only the expression of a keen mind honed by contact with the brilliance of Elizabeth Anscombe; above all, it was the expression of a soul nourished daily by the Eucharist he celebrated and the Divine Office he prayed in community.

Abbot Thomas, as I’ll now call him for the last time, embodies Hemingway’s definition of courage as “grace under pressure.” In his case, the grace is supernatural in origin, and its effect has been the sanctification of others.