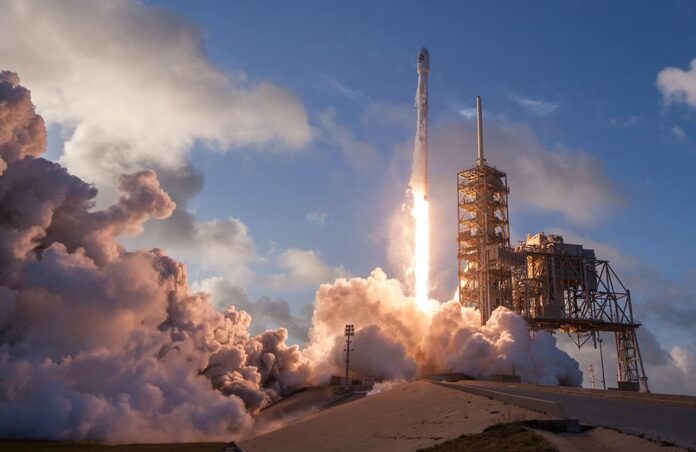 There is no need to belabor the awfulness of the year of lockdowns, shutdowns, and other downers that began in mid-March 2020. Among the failures that will bear serious scrutiny going forward are those of inept local governments. If Americans can fly an SUV-sized robotic rover to a planet 292 million miles away, and then soft-land it on a dime, why can’t we distribute vaccines rapidly? (Perhaps the vaccination program should be led by NASA’s Jet Propulsion Laboratory, one agency of government that seems to know what it’s doing.)

But enough complaining is enough. Good things have been happening this past year, and as the Church heads into Holy Week it’s time to recognize some of them; to be grateful for the exemplary Catholics who make these important initiatives possible; and to pray for their flourishing in the future.

The “Nones” who claim no religious affiliation because they think science has rendered religion useless – as well as those who know that the science-and-religion conversation is one of the most fascinating encounters on offer today – should have a look at the website of the Society of Catholic Scientists (https://www.catholicscientists.org).

From a standing start in 2016, the Society has grown to over 1,300 members in 50 countries. As a forum for exchange among scientists, the Society fosters Christian community. As a resource for the Church, the Society offers accessible, credible materials to those charged with transmitting the faith in a culture that often imagines science to be the only font of truth. As an association of leading scientists in their fields, the Society’s very existence demonstrates the compatibility of scientific rigor and religious conviction.

The Society’s website is a treasure trove of fascinating materials, including biographies of prominent scientists who were Catholics, a section on “Common Questions” about science and Catholic faith, and longer articles aimed at a general audience. Every Catholic high school religion or theology teacher in the English-speaking world should be aware of the Society, its website, and its invaluable materials.

My friends at the Dominican House of Studies in Washington have made a resounding success of Aquinas 101, a brilliantly conceived and executed series of animated YouTube videos that explain the truths of the Catholic tradition in an engaging way.

When Pope Leo XIII urged a close study of Aquinas as a resource for the Church’s response to the cultural and social acids of secular modernity, he certainly didn’t have YouTube in mind. Still, the Dominicans in charge of Aquinas 101 have given 21st-century form to Leo XIII’s 1879 hope for a Thomistic revival in the Church. And the fact that over 54,300 people have signed up for Aquinas 101 courses, which have gotten well over a million views, suggests that Aquinas 101 is satisfying a thirst for real learning and deep understanding at a historical moment too often dominated by the shrillest, least thoughtful voices. Join the learning and the fun at this intellectual feast by signing up at the Aquinas 101 website: aquinas101.com.

The Ukrainian Catholic University in L’viv is a miracle. More than 70 years of communist brutality left Ukrainian society morally and culturally shattered. But the great 20th-century leaders of the Ukrainian Greek Catholic Church, Metropolitans Andrey Sheptytsky and Josyf Slipyj, had long dreamt of a Catholic center of higher learning in Ukraine. And under the dynamic leadership of a Harvard-educated Ukrainian-American, Borys Gudziak (now the Ukrainian Greek Catholic Archeparch of Philadelphia), that dream has been realized in this dynamic university with a mission of cultural renewal. Because UCU understands that true education involves human formation, spiritual formation, and service to society as well as intellectual engagement, it has become a model for Catholic higher learning in the 21st century. Everyone who cares about the life of the Catholic mind and the education of Catholic leaders for the future will be heartened by watching the university’s story here: https://youtu.be/2KDi_SvdMNE. (Be sure to click CC at the bottom of the screen for English subtitles if your Ukrainian isn’t quite up to speed).

Then there is the Person and Identity Project, led by Mary Rice Hasson and a team of brilliant Catholic women (personandidentity.com). As it becomes clear that “gender theory” is the most aggressive force in what only the obtuse will deny is a culture war, the project offers schools, parishes, and dioceses full-day workshops and individual presentations to assist Catholic educators and pastors in meeting gender theory’s assault on the biblical and Catholic view of the human person. Many have profited from this thoughtful project. Many, many more should.