The good guys do exist: Catholic senators serving our state 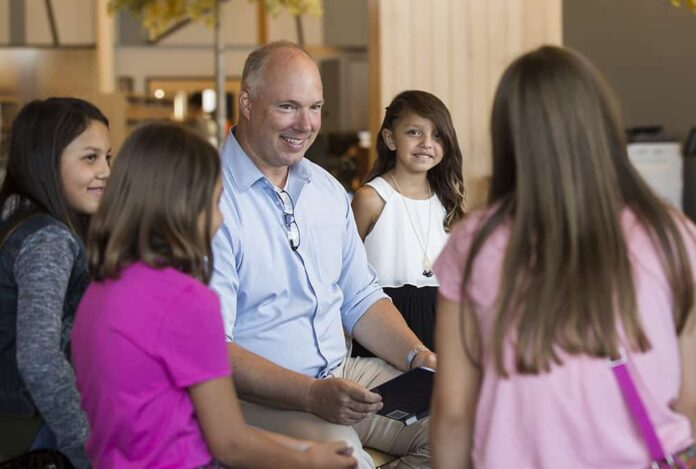 The good guys don’t make the headlines very often. So here’s a friendly reminder that, in the political world, they do still exist.

Senators Kevin Priola and Jack Tate are both Catholic family men who were concerned about their community and decided to take action. And most importantly, their faith remains central to their lives and informs their service to the state.31`

This is the first of what we hope will be many profiles of Catholic legislators serving in the State Legislature. To start, here are two of your senators and their most important issues – you might be able to say hello if they go to your parish. Senator Kevin Priola grew up a Colorado native and

attended the University of Colorado, Boulder, graduating with a business degree.

Priola got involved in politics because of his concern for
the state, especially after having children, and the environment they would grow up in, he said.

But his faith is most important.

“I try to live my life informed by my faith and let my faith direct decisions I make serving,” Priola said.

Priola is especially passionate about green industry issues at the Capitol, opposes new taxes and fee increases and believes in the importance of private property rights, especially small businesses. Other issues listed on his website include quality education standards, keeping sexual predators safe from families and reducing traffic congestion with transportation solutions. He also believes in the commitment to the protection of human dignity, beginning at conception and ending at natural death.

He and his wife, Michele, a fifth grade teacher, have four children and live in Adams County. On their days off, they enjoy hiking, camping or skiing. They attend Immaculate Heart of Mary Church in Northglenn. “I am not the guy with all the answers,” Tate says on his website. “Instead, I’m the guy who can listen, understand and work hard to discover those answers and solve problems…We must seek thoughtful solutions as opposed to making ‘pie in the sky’ promises. We should ask that of all politicians.”

Tate and his wife Kathleen, a physician and surgeon in private practice, attend Our Lady of Loreto Parish with their three children and his interests include youth soccer and basketball, literary interpretation, Colorado railroad history, skiing, tennis, golf and fishing.

Get to know your state legislature leadership

As the Colorado state legislative session opens, it’s good to know who some of the key players are. Just as knowing your local mayor and state governor is important, it’s good to know who’s who in the Colorado House and Senate. It’s also worth noting that the House of Representatives is a Democrat majority, while the Senate is a Republican majority.