God’s Plan for Conjugal Love: A response to Cardinal Hollerich and the German Synodal Path 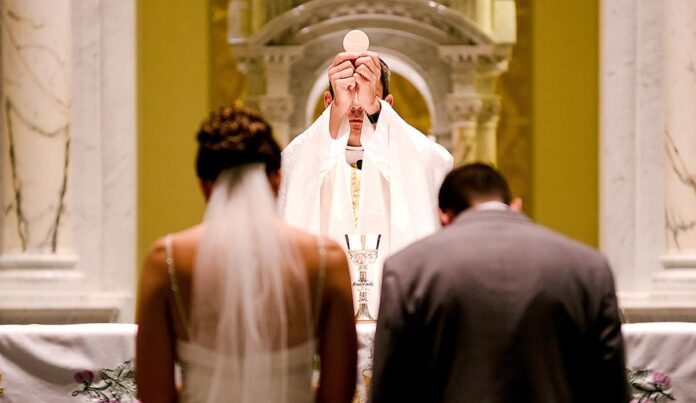 In the Church, it can be tempting, though ultimately self-defeating, to embrace the culture’s view on “human sexuality,” abandoning traditional moral teaching as outdated or irrelevant. For instance, Luxemburg’s Cardinal Jean-Claude Hollerich recently posited: “I believe that the sociological-scientific foundation of this teaching [against sodomy] is no longer correct.” Speaking of past ages, he continued: “At that time, it was thought that the whole child was contained in the sperm of the man, and that was simply transferred to homosexual men. But there is no homosexuality in the New Testament. There is only the mention of homosexual acts, which were partly pagan ritual acts. That was, of course, forbidden. I think it is time for a fundamental revision of the doctrine.” This sentiment was reinforced by the German Synodal Path’s recent vote calling for the alteration of the Catechism’s teaching on homosexuality.

Revising doctrine would relativize Church teaching, thereby reducing it to evolve with the changing sensibilities of the moment while undercutting its divine foundation. Catholic doctrine does not find its origin in science, outdated or otherwise; it is based on God’s revelation. The Bible clearly condemns homosexual actions: “You shall not lie with a male as with a woman; it is an abomination” (Lev 18:22). St. Paul affirmed this in the New Testament, speaking in Romans 1 of “shameless acts,” warning that effeminacy and sodomy would prevent inheritance of the Kingdom of God (1 Cor 6:9), and calling for the correction of this sin in accord with sound doctrine (1 Tim 1:10). The Bible does not single out homosexual actions, however, as it also condemns other sexual actions outside of marriage, especially adultery and fornication. God has created human sexuality for the procreation and education of children, in a way that reflects the communion of persons between man and woman in marriage.

Heresy has never been absent from the Church’s long history and recent times are certainly no exception. Dr. Christopher Malloy’s recent book, False Mercy: Recent Heresies Distorting Catholic Truth (Sophia Institute Press, 2021), outlines and responds to current attacks on the Church’s infallible teaching. It includes chapters entitled “Are Marriage and Sex Not Ordered to Procreation?” and “Is Sodomy Now Permitted?” that provide an excellent and decisive response to Cardinal Hollerich and the German Synodal Way’s erroneous position.

Malloy demonstrates in undeniable fashion that the Church’s teaching that condemns sodomy rests firmly on Scripture, the unanimity of the Church Fathers, pronouncements of ecumenical councils and the unbroken teaching of the ordinary and universal Magisterium of the Church. Catholic teaching on the disordered nature of homosexual acts cannot be separated from the proper understanding of the nature of marriage, flowing from the “infallible doctrine that marriage — and the sexual or marital act — is essentially ordered to the procreation and education of offspring” (293). Malloy explains further that “the Church teaches infallibly that the sexual act is good only if it meets three conditions: (1) It is engaged in by a man and a woman. (2) The man and woman are married to each other. (3) The act terminates in a manner that is per se open to procreation. A sexual act that fails to meet any of these conditions is intrinsically and gravely evil” (329). Inclinations and acts are good only when “they correspond to the good of the nature” (332). Homosexual acts cannot fulfill the proper end of human sexuality, and thus lead away from God’s plan for our flourishing and happiness.

For the true good of all people, the Church must communicate clearly and fully God’s will for human life and sexuality. It is truly flabbergasting that a Cardinal of the Catholic Church would call for a “fundamental revision of doctrine” as if the Church’s teaching were up for political debate or depended simply upon an Aristotelian understanding of sperm. Once again, science has nothing to do with this doctrine and has not been cited as support by the Church in her teaching. God’s plan for human sexuality flows from how he created us as sexual beings with a complementarity of male and female and ordered toward the fruitfulness of marriage — a reality made clear by both natural law and God’s revelation. This foundational truth is not up for grabs, nor up for debate. As Malloy notes, “no authority whatsoever can change this” (358).