His Church. Our Experience.
Subscribe
HomeLocalGiving those in need a hand up
Local

Giving those in need a hand up 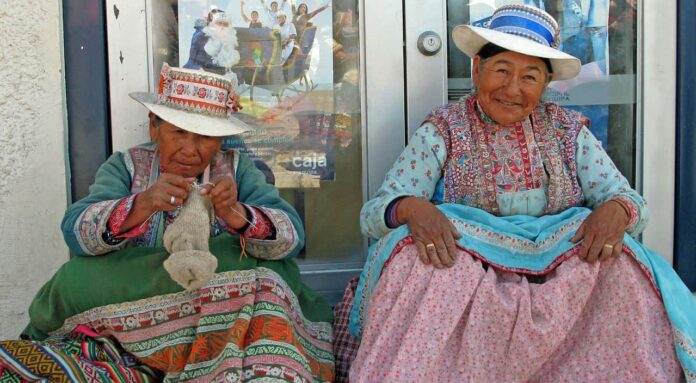 Michael Sinnett is Vice President of Shelters at Catholic Charities in the Archdiocese of Denver.

On a recent medical mission to the town of Ayaviri, high in the Andes mountains of southern Peru, I met a man whose elbows had been frozen at a 45-degree angle for 20 years. He couldn’t dress himself. After an examination, one of the doc-tors gave the man an injection in his elbows. Within minutes, he had some range of motion. He started to cry. And he was so excited to go home to give his wife a hug.

My job was as a volunteer. I don’t have a medical background, so I would register patients to get their height and weight, then take their temperature. Then they would be taken to a triage table to determine their ailment and the priority of their care. The ages of the patients ranged from six months to 93 years.

The poverty is just unbelievable, but the culture of faith is so deep there. You try to see the face of Jesus in the people who need help and love on them. There was a young girl who had a tumor on her cheek. And an older man with a serious infection of the eye. The doctors were able to help them.

For more than 10 years, Ken and Dede Chism have been coordinating Medical Missions to Peru, in conjunction with Caritas, the equivalent of Catholic Charities in Ayaviri. Years ago, their daughter Abby and my son Justin (who are married) started helping with the coordination of the mission. Three years ago, my wife went. Now it was my turn to go.

It’s not inexpensive, about a $3,000 investment per person. About 70 medical care providers and volunteers took the trip from Oct. 12-20. There were people from Florida, Texas and California, and from Colombia. Our group ﬂew from Denver to Miami to Lima to Cusco, where we toured the Cathedral of Cusco, which was built beginning in the mid-1500s and completed in the mid-1600s.

Then we took a ﬁve-hour bus ride to Ayaviri on a gravel road. It’s not a vacation. Medical providers are leaving hospitals and their practices to be in Peru. The group included eye doctors, physical therapists, pediatricians, OB/GYNs and ten dentists. We would provide pharmaceutical medicine and vitamins, medical supplies and ongoing services. Everything was paid for through donations raised by the mission team. More than 1,400 people were served in a very remote area where care is not easily accessible, let alone affordable.

Before we arrived, Caritas arranged for radio announcements and ﬂiers to announce that the medical mission was coming. For crowd control, they issue tickets. The townspeople know we are coming and prepare their town by picking up trash and sweeping the roads to welcome us. Their gratitude runs deep in this very private culture. One patient captured it this way:

“We love them and will wait for them because they take care of our bodies and our souls.” We had a patient show up in the back of a cart. Justin, a captain with the Littleton Fire Department, walked out, scooped her up and brought her right into registration and physical therapy.

It’s an amazing experience. We stayed at a seminary in Ayaviri, where Bishop Kay resides. He celebrated Mass every morning and heard confessions. He was very present in the mission and served as a translator. Most of the people speak Spanish, but the older Andean people still speak their native dialect, Quechua.

The children are beautiful. And all the ladies have hats, none of them duplicated. Moms use blankets as backpacks, doing a burrito roll-up of the infants and tying it to themselves. After four days at the clinic, we did some home visits on the last day and also brought rice and macaroni. The homes are very simple, made of mud or concrete, with galvanized roofs. In one home that I went into, the wife had been bed-ridden for 10 years.

What I took away from this mission is that no matter where you are, there are poor people who have needs. Whether in Peru, or downtown Denver, people need help and a hand up — not a handout.