Getting ready for Synod-2018 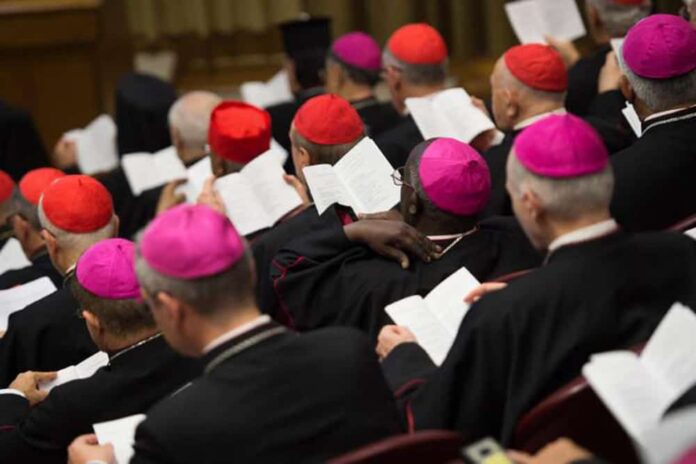 The headline on the March 3 story at the CRUX website was certainly arresting — “Cardinal on charges of rigged synods: ‘There was no maneuvering!’” The cardinal in question was Lorenzo Baldisseri, secretary-general of the Synod of Bishops, and not only were his voluble comments striking, they were also a bit disconcerting. Did I simply imagine the uproar on the floor of the Synod on October 16, 2014, as bishop after bishop protested an interim report generated by Baldisseri and his colleague, Archbishop Bruno Forte, that did not reflect the discussions of the previous two weeks? Were the complaints about the suffocating Synod procedures Cardinal Baldisseri outlined prior to Synod-2015 an illusion? Didn’t thirteen cardinals write Pope Francis in the most respectful terms, suggesting alterations in those procedures to ensure the open discussion the Pope insisted he wanted?

But, hey, memory is a tricky thing, and this is the season of mercy, so let’s let bygones be bygones and concentrate now on Synod-2018, which will discuss youth ministry and vocational discernment. Those are very important topics. The Church in the United States has had some success addressing them, despite challenging cultural circumstances; so perhaps some American leaders in youth ministry and vocational discernment could be invited to Synod-2018 to enrich its discussion, on the Synod floor and off it (where is where most of the interesting conversations at these affairs take place).

Curtis Martin is the founder of the Fellowship of Catholic University Students (FOCUS), which is arguably the most creative campus ministry initiative in the post-Vatican II Church. FOCUS sends recent college graduates back to campuses as missionaries and has had such success in the U.S. that FOCUS missionaries are now working in Europe. There’s a lot the bishops at Synod-2018 could learn from Mr. Martin’s experience.

Then there’s Anna Halpine, president of the World Youth Alliance: a network of pro-life young people all over the world, who witness to the joy of the Gospel and the Gospel of life in an extraordinary variety of social and cultural settings. WYA has also designed and deployed innovative educational programs and women’s health centers that, building out from the Church’s teaching on the inalienable dignity of the human person, offer life-affirming alternatives to the moral emptiness of too many elementary school curricula and the death-dealing work of Planned Parenthood on campuses. Surely there’s something to be shared at the Synod from this remarkable enterprise.

Bishop David Konderla of Tulsa was the director of campus ministry at Texas A&M for eleven years, where St. Mary’s Catholic Center has set the gold standard in traditional campus ministry and created a model for others to emulate. Over the past twenty years, Konderla and his predecessors have fostered more vocations to the priesthood and religious life than that school with the golden dome in northwest Indiana, while helping many Aggie men and women prepare for fruitful and faithful Catholic marriages. Bishop Konderla would make a very apt papal nominee to Synod-2018.

Msgr. James Shea, president of the University of Mary in Bismarck, North Dakota, has taken up the mantle of the late Dr. Don Briel in creating a robust, integrated Catholic Studies program on his growing campus. Shea’s goal, like Briel’s, is to form mature young men and women intellectually, spiritually, and liturgically, so that they can be, in the twenty-first century, Pope Francis’s “Church permanently in mission.” He has things to say about how to do this, and Synod-2018 should hear them.

Then there is Father Thomas Joseph White, OP, a banjo-playing, bourbon-appreciating theologian of distinction who (with his Dominican brother, Father Dominic Legge) has created the Thomistic Institute, to bring serious Catholic ideas to prestigious universities across the U.S. The Institute’s lectures and seminars fill the intellectual vacuum evident on so many campuses today — the vacuum where thought about the deep truths inscribed in the world and in us used to be. Father White is being redeployed by his community to Rome this Fall, so he’ll be a #64 bus ride away from the Vatican. The Synod fathers should meet him, and perhaps he and Cardinal Baldisseri, an accomplished pianist, could jam.

So by all means, let’s have “no maneuvering” at Synod-2018. But let’s also have some American expertise there, for the good of the whole Church.