From Denver to Uganda, St. Joseph facilitates an unexpected connection 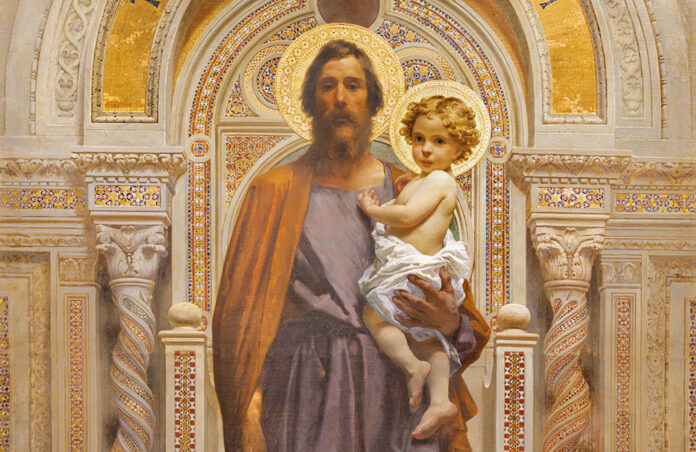 When Daniel Campbell saw an email in his inbox last spring from Soroti, Uganda, his first thought was: Am I being scammed?

The email in question was, purportedly, from a Catholic priest, who said he wanted to take the course but couldn’t afford to pay.

Campbell was understandably sceptical at first. But after a few rounds of Googling, Campbell realized the priest was legit.

That priest, Father Samuel Okiria, serves in the rural eastern part of Uganda, a small country in East Africa. Okiria has served in various capacities in his diocese, including as a teacher, parochial vicar, the bishop’s private secretary, and vice-chancellor of the diocese, and will soon serve as a professor at a national seminary.

Okiria told Campbell in his email that he had heard about the course from an April 2021 article on CNA, and he very much wanted to take the course, but could not afford the $100 fee.

“He told me, it’s ok, I’ll be given free access to the class,” Okiria told CNA.

“And then I had the boldness to ask him: I have some other brother priests….could [they] also have access to this St. Joseph class?”

Campbell was more than happy to oblige. In no time, he had granted ten more Ugandan priests access to his online course.

“Either this is serious, or it’s the most elaborate scam ever,” Campbell recalled to CNA.

The course that Campbell taught during summer 2021 was billed as an intensive, in-depth study of Christ’s foster father, based primarily on Scripture, working through the basic chronology of St. Joseph’s life and explaining the theological significance of events involving him. The impetus for the course was the Year of St. Joseph, which Pope Francis declared for the Church at the end of 2020.

Campbell told CNA that the course attracted 643 people, about 10% of whom tuned in from outside of Colorado, with about 20 U.S. states represented.

And of course, 11 of those out-of-staters were participating from ten time zones away, in eastern Africa. The Ugandan priests were young, too— some in their 20s and 30s.

Okiria said part of the reason he so much wanted to pursue the St. Joseph class, and to share it with his fellow priests, is that many of his fellow priests in his diocese are doing their pastoral work alone, with little or no assistance, and needed encouragement.

He said taking the course and learning more about St. Joseph has helped to rekindle his fatherly heart, and to encourage him to reach out to the underprivileged, the forgotten, and the hopeless.

Father Okiria’s parish is in an especially poor part of a largely agrarian region, where cattle farming and crops such as potatoes and cassava dominate. He said the people he serves have found it difficult to access healthcare during the pandemic.

“The St. Joseph class reawakened in me the priestly consciousness of being humble and being relevant to the people, and giving my life to the people in obedience to God’s will…to speak less, and act more,” Okiria said.

“You know, St. Joseph in the Bible is a silent figure…who now speaks to us in his spirituality, in his silence, in his being a guardian.”

Father Okiria told CNA that the 10-hour time difference, combined with internet connectivity problems, made it difficult for some of his priest friends to join the classes consistently. But they made the most of the situation, he said, with those who were able to access the course sharing the information they learned with others at clergy meetings.

Campbell said he received a lot of positive feedback from participants in the course. In particular, he said, people expressed amazement at how much information can be drawn out about St. Joseph— who famously does not say a single word in the Bible— from Scripture.

But mainly, he said, Campbell sought to convey what an amazingly heroic life St. Joseph lived, in the hopes of encouraging people to emulate him.

“You realize, hey…this is an incredibly virtuous man. This is a real hero…what kind of graces and what kinds of gifts and virtues must he have actually had to actually do this in such a beautiful way?” Campbell said.

For those interested in accessing the course now that it is finished, audio recordings of the lectures are available now for purchase for $50 in total.

Both Campbell and Okiria said that the experience of connecting with one another despite the vast distance and cultural differences has illustrated for them the universality of the Catholic faith.

“We are all fragile. We need one another. We need to support and listen to one another,” Father Okiria said.

“Let us live in peace and harmony, and let us be true Catholics in terms of charity and practice.”