From a pacific island to the priesthood: Two Kiribati men ordained transitional deacons

On Feb. 26, two men from the secluded islands of Kiribati, located in the Pacific Ocean, were ordained by Archbishop Samuel J. Aquila to the transitional diaconate.

“You come from a faraway place,” Archbishop Aquila told Deacons Tawaia Natibu and Kororo Temate, admitting that he had never even heard of the remote islands of Kiribati before they came to study at Redemptoris Mater Seminary. “In that though, the Gospel of Jesus Christ has been proclaimed there, and the Good News has been heard, and you heard it within your hearts and decided to give yourself completely to Christ, little knowing where the Lord would lead you, or where you would be formed. But […] it is his work that formed you.”

The deacons will eventually return to their home diocese in Kiribati to serve the faithful there. However, as the archbishop noted, no matter how remote a place may be, the Gospel of Jesus Christ must continue to be proclaimed, and be done so boldly. 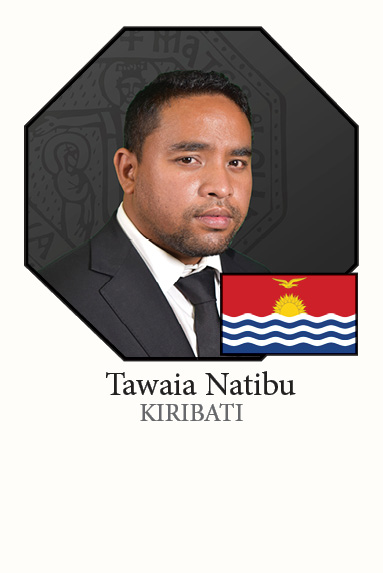 Where are you from? What was your upbringing like?
I come from the island of Tarawa. Tarawa is the capital of Kiribati which consists of 60,000 people. I was born and raised in Betio, a village in Tarawa. I grew up in a traditional village, where the elders maintain order and stability.

Apart from village life, I grew up in a religious family.  The Church function for my family was very essential. My mother always had a special devotion to the Virgin Mary. We never missed reciting the rosary in May, the month of Mother Mary. Every Sunday, we went to Mass and did a lot of fundraising for the church. Participating in the church, such as altar serving and joining the choir was also part of my life when I was a kid. Thus, growing up I participated in the church and in the village functions. I saw this as a tradition for everyone in my village.

When did you discover that the Lord was calling you to be a Priest?
Even though I grew up in a Catholic environment, the priesthood was never in my mind. I wanted to get married and maintain the family line (since I am an only child). However, my first impression of the priesthood was through an Australian priest, from the Missionaries of the Sacred Heart. He spent 40 years of his life on the island. Despite a lot of difficulties with the language, food and the culture, he was very happy. He often said that the plan of the Lord is much better than our plan. This is what attracted me and put in me the desire to let go of my own plan and let God be the one in charge.

What are you most looking forward to about being a Priest?
For me, ‘Obedience and Communion’ with my Ordinary Bishop and the ones that the Lord put in my life to help me to be a Christian. For this I see that prayer and intimacy with God is the only answer. Without prayer, I cannot enter into obedience and be in communion, because God is the one who calls: He is the source and the only one who can fulfill it. As I maintain my link with him, he will give me the grace to go through and understand the mission that he will entrust to me. On the other hand, when I lose contact with God, then everything becomes my own effort. An effort can be tiresome. As a consequence, I would lose the meaning of what I am doing and everything would become vain. 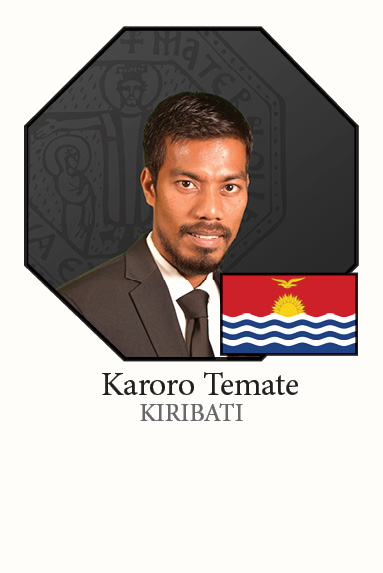 Where are you from? What was your upbringing like?
I come from an Island in the Pacific called Kiribati.  I am the second of five children, two girls and three boys. I grew up on the Island of Butaritari, north of Tarawa, going to Church on Sunday when all the people in the village go for Sunday service and Mass once a month. My father is a fisherman and my mother is a housewife. In order to attend school, at the age of 12 I left the Island of Butaritari to go and live with my cousin in Tarawa. A year later, my parents also moved to Tarawa and so I lived with them until I left for the seminary. I grew up with the idea of studying hard to get a good job because I did not want to be a fisherman like my father. I tried to get a scholarship, but in the end I did not manage. I stayed home, but I was living a disordered life, falling into a lot of sins.

When did you discover that the Lord was calling you to be a priest?
By the grace of God, at the age of 20, I started going to Mass every day and at the same time I was accompanying my cousin who walks in one of the Neocatechumenal communities in our parish. Little by little, the Holy Spirit helped both of us to make an important decision: for my cousin to go to the convent and for me to go to the seminary. At the moment, it sounded crazy, but evidently God was behind this decision. He was the one who was calling me and brought me to the seminary. When I went to speak with my parish priest, it was too late for me to enter the pre-seminary. Yet, by the mercy of God, I was accepted into the diocesan pre-seminary, and after six months, I was sent to the Redemptoris Mater Seminary in Guam.

What are you most looking forward to about being a priest?
Today, I ask the Lord that he may give me love for his people and a true spirit of service. I see my human weaknesses and limitations, but I believe that God will give me the grace to serve.

In these last few years, I was generously accepted by Archbishop Aquila to continue my formation at the Redemptoris Mater Seminary of Denver. In all of this, I clearly see the goodness of God.