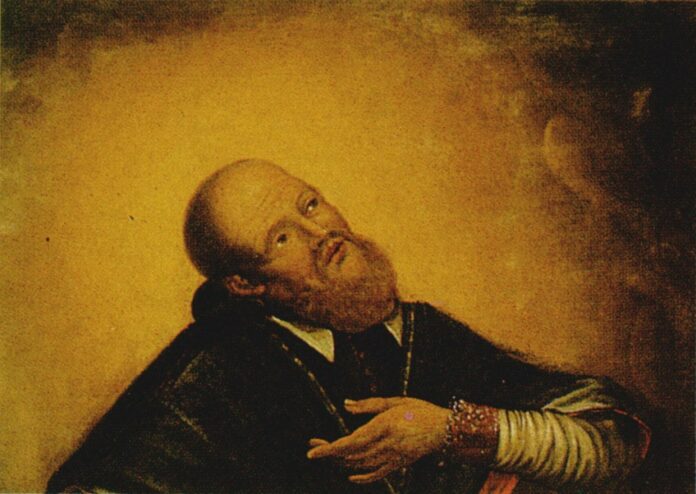 nch of extra spiritual practices can seem doomed to fail. Luckily, Catholicism possesses a spiritual tradition that says we can sanctify our everyday lives. One of the saints who best understood this was St. Francis de Sales. Even though he lived in 16th century France, he taught lessons on the spiritual life that are still applicable today.

1.He was supernaturally patient
I’m usually pretty adamant about remembering the saints were human, but sometimes their virtue is so inspiring we just have to talk about it. St. Francis de Sales was a master of patience and humility.  He knew he was going to be a priest in his early teens, but waited because his parents didn’t approve. Then, it turned out he was a terrible pastor. His homilies frequently came across condescending and his parishioners were uncomfortable around him, so he worked diligently to correct that.  He wasn’t desperate to “start his life” or “make his mark” like so many of us are. He was willing to see where God took him, and he wasn’t afraid to take the long route.
Perhaps the story that best illustrates this is the story of how he battled Calvinism.
Just across the Alps of Francis’ homeland, the Protestant reformation was in full force. Francis was convinced that he was going to convert all 60,000 Calvinists back to the Catholic faith. Unfortunately, no one supported him, so he went with only his cousin for support. The Calvinists hated him with a passion they usually reserved for private revelation. They threw rocks at him, slammed doors in his face and refused any semblance of hospitality, which was pretty dangerous in that corner of the world. St. Francis had to actually sleep in trees so that wolves wouldn’t attack him. One night, the weather turned so cold that he woke up unable to move and his cousin had to cut him down.
After three years, they didn’t have a single convert. His cousin left him at that point.
Yet he didn’t give up. He found creative ways to communicate with people who wouldn’t answer their doors (more on that later). Since the parents wouldn’t come to him, Francis began to evangelize their children. Much like the parents who follow their kids after a Steubenville conference, the parents began to listen to Francis after they saw the effect he had on their children. He is accredited with converting as many as 40,000 souls back to Catholicism. As a result, he was made bishop of Geneva, Switzerland.

2. He believed the laity could be holy

This was counter-cultural. The prevailing thought at the time was that holiness was only for priests and religious. St. Francis de Sales wasn’t buying it. He believed that God wanted every soul to come to Heaven, so even the simplest of actions must be open for sanctification. He believed that as a bishop, it was his job to guide everyday people toward holiness, often through spiritual direction. He even spiritually directed St. Jane de Chantal! He also wrote letters and gave advice to his parishioiners and directees. These writings have been compiled in his most famous work, Introduction to the Devout Life. Here are some of his quotes that are still applicable today:
On growing close to Christ in the midst of a busy schedule: “Retire at various times into the solitude of your own heart, even while outwardly engaged in discussions or transactions with others and talk to God.”
On prayer having fruit in one’s life: To be an
in prayer and a beast in one’s relations with people is to go lame on both legs.”
On relationships showing us how to love Christ: “The thoughts of those moved by natural human love are almost completely fastened on the beloved, their hearts are filled with passion for it, and their mouths full of its praises… Thus too those who love God can never stop thinking about him, longing for him, aspiring to him, and speaking about him. If they could, they would engrave the name of Jesus on the hearts of all humankind.”
3. He’s the patron saint of journalists
When he lived in Switzerland, no one would listen to his homilies and sermons. St. Francis de Sales solved this by writing down his sermons and slipping them under people’s doors, which some sources claim is the first instance of religious tracts being used to communicate with people (please forgive him). He also communicated the Truth in a way that encouraged ordinary people to grow closer to Christ. His life serves as a reminder to pray for all those who work in media, so that they may use their communication skills for good, like he did.
Share
Facebook
Twitter
Linkedin
Pinterest
Email
Print
Previous articleFostering Catholic identity in Catholic schools
Next articleExpect the unexpected