Seven years ago, I was having the worst thoughts about the one I was supposed to love the most, Matt. We were headed for a weekend away to watch our older girls’ volleyball matches. A discussion took place on what time we needed to head to the airport. I was up, showered, packed and ready to go.

Matt was so looking forward to a weekend away, he was already in “relaxation mode” just taking his time (whistling, in fact), not aware he was running a bit behind with packing and being ready to go.

We headed out, 20 minutes later than planned, and as we drove to the airport, I started feeling anxious; having an interior battle inside.

Matt started to have somewhat of a sense that I wasn’t thrilled with him when he notified me that the car needed gas—which meant an even later arrival. I surrendered my pride and said: “Matt, I need to ask for forgiveness.”

“For what?” he asked. “For the negative thoughts that have been exploding in my head all morning long. Will you forgive me?”

Then he proceeded to ask forgiveness for his selfishness.

If I hadn’t asked for forgiveness, our entire weekend might have been spent arguing and growing distant from one another. The foundation of our marriage coaching process is built on forgiveness—stating what we are sorry for and saying the words, “Will you forgive me?”

Unfortunately, with a lot of the couples we meet, their hearts are so hardened, they come in pointing the finger at their spouse, never taking a look at themselves and how they have contributed to the disagreements. Some couples carry around resentment and hurt and pain for years.

The important piece is to take an interior look and ask ourselves: “How did I contribute to that argument? Could I have spoken in a more charitable manner? Was I stuffing my feelings, not sharing my heart?” (“Why do you notice the splinter in your brother’s eye, but do not perceive the wooden beam in your own eye?” Mt 7:3)

God, give me the grace to ask for forgiveness so that I can grant my spouse forgiveness.

Pope Francis says it well, “The perfect family doesn’t exist, nor is there a perfect husband or a perfect wife, and let’s not talk about the perfect mother-in-law! It’s just us sinners. If we learn to say we’re sorry and ask forgiveness, the marriage will last.”

You want your marriage to last? Go seek forgiveness from your spouse and grant them forgiveness as well. 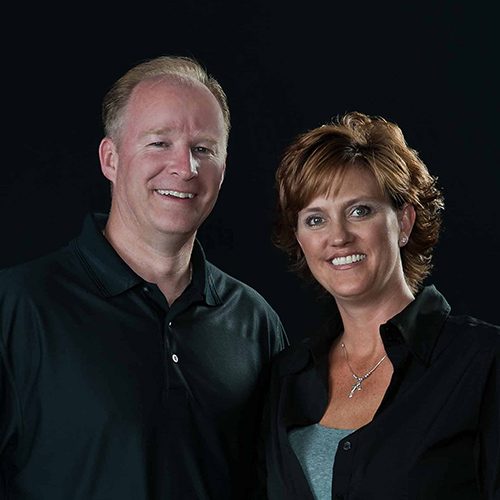