His Church. Our Experience.
Subscribe
HomeLocalFORMED Denver: A match made for Mission
LocalThe Catholic Faith

FORMED Denver: A match made for Mission 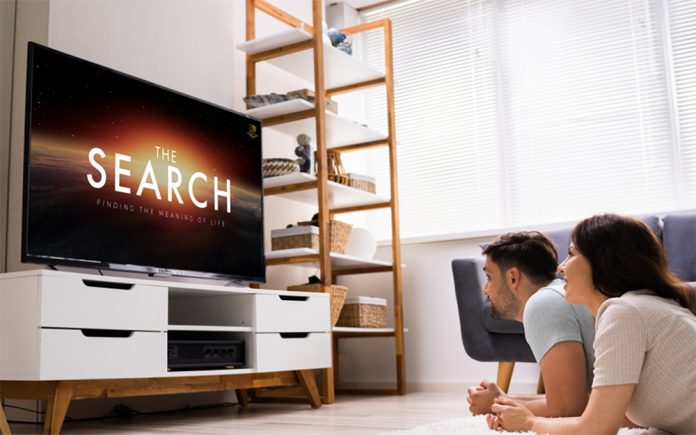 By Susan W. Murray
Special to the Denver Catholic

In the depths of the COVID-19 pandemic last year, 430 parishioners from St. Thomas More Church in Centennial joined either a virtual or an in-person “family bubble” group to participate in the Augustine Institute’s program The Search.

Featuring well-known Catholic evangelist Chris Stefanick, The Search’s seven beautifully filmed episodes pose life’s critical questions:  “What do you seek?” “Who are you?” “Why a God?” “What’s our story?” “Who is Jesus?” “Am I saved?” and “Why a Church?”

Experts — from artists and composers to astronauts and neuroscientists — bear witness that the satisfaction of our human desires lies in Jesus Christ and that the fullness of truth about who Jesus is, rests in the Catholic Church.

So why— when social contact was limited, when health concerns grew into preoccupations, when the simple act of going to the grocery store required a battle plan — did so many of St. Thomas More’s parishioners decide to explore the fundamental questions around life and death, sorrow and happiness, and science and faith?

“Catholics are hungry for the beauty of their faith,” she said.

The Augustine Institute and FORMED

Satisfying that hunger for the beauty of the faith is at the heart of the Augustine Institute’s mission — the belief that the “full and beautiful teachings of the Church are meant to be taught, made accessible, and shared.”

The Augustine Institute makes its content available through an online platform known as FORMED. On formed.org, subscribing parishes and their congregations can access Catholic ministry programs, audio talks, books, and movies — many of which are available in Spanish as well as English.

Alan Padlock is the director of formation at St. Anthony of Padua Church in Kenosha, Wis. He has relied on FORMED programs for RCIA, men’s Bible study, and sacramental preparation.

“What’s most important to me,” Padlock said, “is you can watch anything on FORMED and know it’s rock-solid Catholic theology.” ⊲

Beginning on Nov. 1, the Feast of All Saints, FORMED will expand its reach and scope into parishes in the Archdiocese of Denver, through the generosity of benefactors.

Customized content begins with FORMED for Mission, filmed with representatives of FORMED and the archdiocese. The four-part series explores the apostolic age in which we live and gives guidance on developing an apostolic mindset and becoming apostolic individuals and parishes. Parishes can utilize the series to start a conversation on how a parish can continue evangelizing its own members, as well as those estranged from the Church.

During Advent, archdiocesan priests will center their homilies on the Kerygma, the proclamation of the Gospel. Each week, they will preach on one of the Kerygma’s four aspects, as identified by Father John Riccardo: created, captured, redeemed, and response.

Many Catholics are familiar with a 2019 survey from the Pew Research Center that reported that only 31 percent of Catholics believe that “during Catholic Mass, the bread and wine actually become the body and blood of Jesus.”

Parishes that want to address this gap between theology and belief about the Real Presence can tap a wealth of resources on formed.org.

For adults, the four episodes of Presence: The Mystery of the Eucharist explore the origins of the sacrament in Sacred Scripture and how the Eucharist is essential nourishment for the spiritual life.

At St. Michael Catholic Church in Livermore, Calif., Presence plays a large role in ministry. According to Tina Gregory, the coordinator of communication and adult enrichment, Presence is used in a continuing education program for Extraordinary Ministers of Holy Communion; is used in the English and Spanish RCIA programs; and is given to parents of children preparing for First Holy Communion, as well as to those who are returning to the Church after a long absence.

Also on FORMED, Lectio: Eucharist provides an in-depth study of the sacramental source and summit of the Catholic faith. Parishes that have offered the Lectio study on the Eucharist have observed similar reactions to those in Dr. Kathy Johnson’s Holy Spirit Parish in Duncanville, Texas. Some members confided in Johnson that they considered themselves “biblically illiterate.”

After each of the Lectio study’s ten parts, Johnson heard over and over: “Why didn’t anybody tell us this before?”

For the younger set, FORMED offers The Eucharist for Little Children, a 20-minute video that introduces the concept of the Real Presence.

In The Bread of Life: Celebrating the Eucharist, the animated Brother Francis visits the Last Supper in a 30-minute cartoon.

Members of FORMED parishes can watch programs on formed.org at home on their TV, computer, or iPad, or listen to audio talks from a Bluetooth device while driving.

Shel Conner belongs to San Secondo D’Asti Catholic Church in Guasti, Calif., and writes weekly pulpit and bulletin blurbs about what’s available on FORMED.  She hears from fellow parishioners who tell her how their home atmosphere has changed since they started watching the programming.

One mother praised the FORMED cartoons that teach kindness and other virtues, radically different in tone from what they might see on network and cable television.

“When the children are happy and being kind to one another, the whole household is a better environment,” she told Conner.

Another parishioner, a mother of nine children, told Conner that she used to dread making dinner but now looks forward to it. While cooking, she listens to a talk on FORMED, creating what she called “a mini-retreat in the kitchen.” What’s more, the mom continued, her children overhear what she is listening to, sparking “faith-centered conversations with them.”

Another woman told Conner that she and her husband started listening to or watching something on FORMED each evening. The material fed their conversations, improving not only their faith, but their marriage as well.

Renewal of the mind—and the age

This year’s Feast of All Saints arrives with an inspiring initiative and collaboration to evangelize Denver’s saints-in-the-making.

FORMED will have exclusive Archdiocese of Denver content — featuring local bishops, priests, and other experts. Additionally, FORMED’s curated content will help guide and form the faithful for the new apostolic age, so they can more fully participate in the Great Commission as children of God. As St. Paul counsels in Romans 12:2: “Do not be conformed to this world, but be transformed by the renewal of your mind, that by testing you may discern what is the will of God, what is good and acceptable and perfect.”