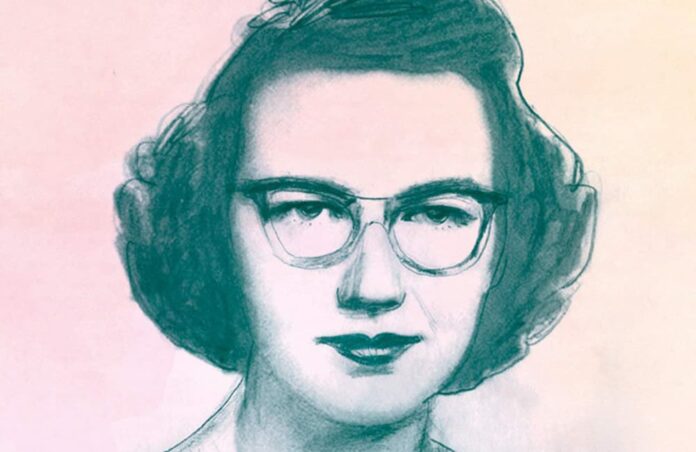 Her fiction may occasionally get the chop in politically correct 21st-century American high schools. But as Benjamin Alexander writes in the preface to a new collection of her letters, Flannery O’Connor’s place in the pantheon of American short story writers seems safe, up there with Edgar Allan Poe, Nathaniel Hawthorne, Ernest Hemingway, and William Faulkner. (I’d be tempted to drop Hemingway from the canon, but that’s a matter for another day.) Good Things Out of Nazareth makes for an even richer read, however, because Dr. Alexander amplifies O’Connor’s previously unpublished letters with correspondence from (and among) Caroline Gordon, Walker Percy, and others in O’Connor’s wide circle of friendship.

For aspiring writers, the O’Connor/Gordon correspondence is particularly fascinating. Caroline Gordon was a Catholic convert and a central figure in the Southern literary renaissance of the mid-20th century. To read her letters advising Flannery O’Connor how to sharpen a story is to watch a master editor at work. Like O’Connor, Gordon’s own fiction was deeply influenced by her Catholic faith. So, one learns, was her unsparing sense of literary worth. Thus Gordon, writing to a friend in 1953:

“I hope you and Fannie will run into Flannery O’Connor sometime…[Robert] Lowell says she is a saint, but then he is given to extravagance. She may be, though, at that. She is a cradle Catholic…but she sure is a powerful Catholic. No nonsense about her! She has some dire disease — some form of arthritis — and is kept going only by a huge dose of something called ACTH. We are expected to adore all the Lord’s doings, but it does give you pause when you reflect that this gifted girl will probably not be with us long, whereas Truman Capote will live to a ripe old age, laden down with honors….”

Then there is Walker Percy writing to Caroline Gordon about being a Southerner and a Catholic, in a letter Gordon shared in 1952 with another member of the Southern Agrarian movement, Andrew Lytle. Wrote Gordon to Lytle, “I had a letter from Walker Percy….the other day in answer to some things said about St. Thomas More. That boy is sure smart: His letter is so good that I have copied [an] excerpt from it and [am] sending it to you…” Percy’s letter is a fascinating window into the Catholic Fifties in the Old Confederacy:

“I agree with you about St. Thomas More [Percy wrote Gordon]. He is, for us, the Road Back. For our countrymen, I mean, for southerners. For More is the spiritual ancestor of Lee. He is the man to pray to for the conversion of the south. One of the stumbling blocks to the Southerner (or the American) who is drawn to the Church is that he sees, not the Church of More, not the English Church which is his spiritual home, but the Church of St. Alphonsus Liguori by way of the Irish Jesuits. If he does go in, he must go in with his face averted and his nose held against this odor of Italian-Irish pietism and all the bad statues and architecture. Of course this is somewhat exaggerated and prideful, because it is a salutary experience in obedience and humility to take St. Alphonsus. (Hell, he was a great saint!) But if Allen [Tate, Gordon’s husband] is forming a St. Thomas More Society I want in.”

Say what you will about the judgments; you don’t get that kind of crisp writing on Twitter.

Above all, Good Things Out of Nazareth — Gordon’s biblical metaphor for the Southern literary renaissance, which Dr. Alexander adopts for his title — is a powerful reminder of the intensity of Flannery O’Connor’s Catholic faith: an intensity that was unmarked by sentimentality, that was informed by an astonishingly broad reading in the Fathers of the Church and St. Thomas Aquinas, and that sustained her through many dark nights of the soul, both literary and physical. At the end, that is the deepest impression her letters leave: here is a woman of extraordinary courage whose configuration of her life to the Cross was a source of both personal strength and literary genius.

The O’Connor letters in The Habit of Being introduced the world to Flannery O’Connor’s exceptional skills as a Catholic apologist able to explain the faith to others. Good Things Out of Nazareth fills out the portrait of Flannery O’Connor, a Catholic seeking to plumb the depths of the tradition and finding professional inspiration and spiritual liberation in doing so.