His Church. Our Experience.
Subscribe
HomeFeaturesFinding renewal in a grumbling stomach
FeaturesLent

Finding renewal in a grumbling stomach 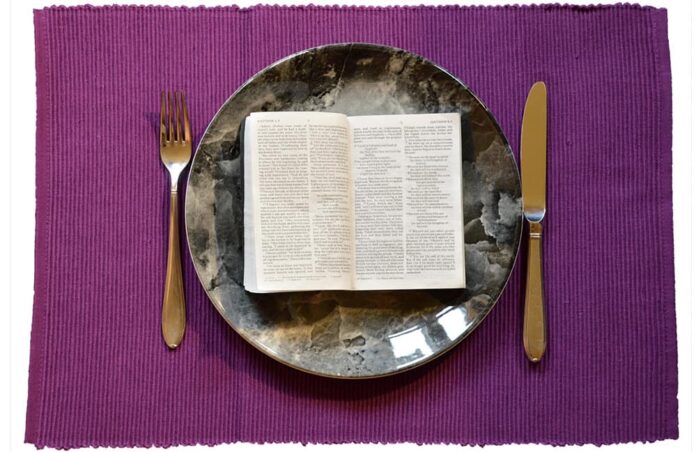 One interesting thing about liturgical seasons in the Church is that despite the fact they happen at roughly the same time every year, they still manage to sneak up on us.

Lent begins in just a few days, on Ash Wednesday, which falls on Feb. 26 this year. Never mind that most of us are probably just now fully recovered from the craziness of the Christmas season; it’s now time to enter what is arguably the most important season in the liturgical year. Oh, and we’re supposed to be extremely prayerful, reverent and intentional in how we approach Lent. Given all the other things happening in each of our lives, no big deal, right?

Don’t worry — you’re not alone in feeling just a bit overwhelmed at the thought. But let’s take it a step even further and add some icing to that cake in the form of fasting (no pun intended). Fasting is an ancient practice that pre-dates even Christianity and is common to nearly all religions of the world. In fact, the act of fasting is mentioned more times in the Bible than baptism. In recent times, much has been said about the physical benefits of fasting — weight loss, stronger immune system, more effective cell regeneration — but it’s important for us to remember that fasting is first and foremost a spiritual discipline, one that’s meant to spool the thread which connects us to our loving Creator.

Admittedly, the rules for fasting during Lent have loosened up over the centuries; it’s not a stretch to say that in the time of the apostles, fasting was a hardcore thing for disciples of Jesus Christ to do. You see, back then, fasting during Lent meant fasting for all 40 of those days leading up to the feast of Easter. While many of us may tremble at the thought of not eating anything of true sustenance for over five weeks, there is something to be said in the spirit of denying ourselves our usual pleasures during the Lenten season as a way to draw nearer to he who can provide true nourishment and satisfaction.

The act of fasting can help foster in us three characteristics that ultimately make Lent not only a penitential season, but also one of renewal.

Asceticism
The word “asceticism” comes from the Greek askesis, which means practice, bodily exercise and most especially athletic training. Essentially, it is the act of rigorous self-discipline and avoidance of overindulgence, with the aim of instilling in oneself a sense of self-control and virtue. In its most basic form, fasting is a type of asceticism; willingly denying ourselves the everyday comforts of life in an effort to unite our spirits more closely with that of Christ.

Of course, the practice of asceticism is counter-cultural in almost every way. We live in a world where our needs and desires are met on-demand, and to voluntarily abstain from one of these seems a preposterous proposition to the outsider. But it’s interesting, to bring back the Greek root of this word, to think of how the world’s best athletes implement this practice. Think of the intense training, strict dietary restrictions and long hours of work they put in the be the absolute best at what they do. Yes, it’s likely unbearably difficult at times, but they know deep down that their discomfort has a purpose.

Society tells us that suffering and discomfort are bad things to be avoided at all costs. But we as Christians look to the example of our Lord, who was willingly led to his death on Calvary, undertook unspeakable suffering and was made to feel like less than a man. Through his suffering mankind was redeemed, and because of his victory, we, too, can find redemption and renewal in our own trials. By practicing asceticism during Lent and giving up those things we find comfort in — sugar, Netflix, technology, or any other vice — we are not only reminded of the sacrifice Christ made for us, but we are strengthening the muscles of willpower and virtue that lead us closer to the Lord, and ultimately, true joy and peace.

Humility
“Humility is to the various virtues what the chain is in a rosary. Take away the chain and the beads are scattered; remove humility and all virtues vanish.”

St. John Vianney is quoted as saying this, and it’s a simple yet effective illustration of how all virtue flows from humility. To use a metaphor, if asceticism is what it is to, say, learn a new instrument, then humility is the marked improvement and mastery of that instrument over time.

By observing the Lenten fast, we are humbled rather quickly. Nothing makes us reflect on our own mortality and brokenness quite like the low grumble of a hungry stomach. And yet, by offering up this minute suffering during Lent and allowing the Lord to take it, it becomes apparent just how much we rely on him to not only provide the various provisions of our life, but also to provide meaning in our various sufferings. Mankind, for all its wonders and brilliance, cannot be sustained without the provisions of God.

From a more practical angle, there’s also no harm in fasting from food and technology to remind us of the many different walks of life people come from. It’s easy to take all the conveniences of our cozy lives for granted but Lent especially presents a great opportunity to remember those “least of us” who live in third-world countries, or even just down the street. Instead of buying two Big Macs for yourself for lunch, why not give one to the woman holding a sign at that intersection?

By maintaining a disposition of humility, we tap into the very core of what it means to be made in the image and likeness of God.

Freedom
So, through fasting, you have committed to a practice of asceticism for Lent, are reaping the benefits of staying humble, and you’re feeling pretty good about yourself. Now what?

Ultimately, there is a profound freedom that comes from fasting. Father Richard Simon of Relevant Radio said in a May 2019 episode of his show Father Simon Says, “Fasting is an exercise in freedom. The purpose of it is to train your will to do God’s will. To train your will to obey the Lord. Freedom is the absolute requirement for the Christian life. Most people think that freedom is getting what they want, but they don’t understand that they don’t want what they want, it is their passions controlling them.

“It is their desires, their hungers, their preferences that want what they want when they want it,” he continued. “The self is not free. The self is subject to this sort of barrage off weakened human nature, but fasting is about freedom.”

True freedom, as defined by God, isn’t the ability to say “yes” to your own desires whenever you want — it is the discipline to say yes to the Lord’s desires for you. Therefore, as we go through the Lenten season and prepare ourselves for the celebration of Easter, we fast in remembrance of the perfect image of true freedom: Christ crucified on the Cross.

One of the lessons of the Lenten season is that we, too, are capable of achieving this freedom. By strengthening our will through the practice of fasting, we can grow in humility, from which all other virtue flows. In our humility, we find freedom to do the Lord’s will for our lives. And in that freedom, waiting with open arms, is the sweet renewal that our souls yearn for — renewal in the self-denying, humble and freely-given love of Christ.

‘Now I begin’: Get back on track with your Lenten penances