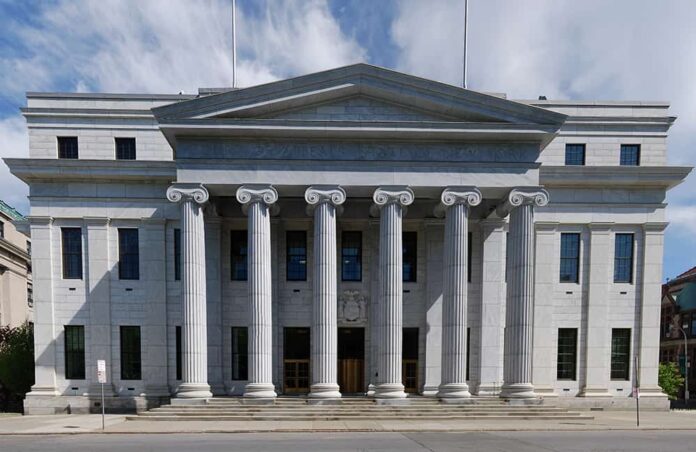 Senator Proudie: I note, Professor Valiant, that Catholic dogma plays a considerable role in your judicial thinking. That bothers me, frankly, because it would seem to threaten rights many people have worked long and hard to protect. Perhaps you could relieve my anxieties?

Professor Valiant: “Catholic dogma” plays no role whatsoever in my theory of judging, Senator. It’s the job of the legislative branch, in either the states or the national government, to enact laws within the bounds set by the Constitution. It’s the job of a federal judge to determine those bounds and to give statutes their proper meaning. This approach to judging has nothing to do with “Catholic dogma.”

Senator Proudie: Do you believe that Roe v. Wade was rightly decided?

Professor Valiant: As a lower-court judge, Senator, I would apply all governing Supreme Court precedents in cases that come before me. Beyond stipulating that, I do not think it appropriate for a nominee to the federal bench to comment on issues on which I might have to rule.

Senator Gantry: Professor Valiant, I went to Catholic schools for years; loved those dear, sweet sisters, just loved ‘em. So I think I know what it means to be a good Catholic. Do you think you’re a good Catholic, Professor?

Professor Valiant: Senator, the state of my soul is surely a matter between me and my pastor, and between me and God. As I understand it, this committee room is a place for public inquiry by the Judiciary Committee into my qualifications for the federal bench. It is neither a confessional nor a rectory parlor for spiritual direction.

But I do remember, Senator, that, in the course of my own education in Catholic schools, we were required to read the Constitution of the United States; perhaps you were, too? And there I find, in Article VI, the unambiguous statement that “no religious Test shall ever be required as a Qualification to any office or public Trust under the United States.” So if you will permit me, Senator, I regard your question as not merely impertinent but unconstitutional, and so I decline to answer it.

Senator Gantry: [Splutters.] Well, I certainly didn’t mean to apply some sort of “religious test” to your qualifications for the federal bench, Professor….

Professor Valiant: Thank you for clarifying that, Senator. As an expression of my gratitude let me suggest that, out of respect for the Constitution, we just drop the subject. So I won’t inquire into precisely what you did intend.

Senator Gantry: [Inaudible; something to do with “…da Bears.”]

Senator Defarge: Professor, could you tell us what you think of Senator John F. Kennedy’s speech to the Greater Houston Ministerial Association during the 1960s presidential campaign?

Professor Valiant: It’s not altogether clear to me, Senator, what my views of that speech have to do with my qualifications for the position to which I have been nominated. But I will say this. John F. Kennedy faced deep-set, anti-Catholic bigotry in his run for the presidency. Harvard professor Arthur Schlesinger, Sr., who can hardly be accused of special pleading, once called anti-Catholicism the most entrenched prejudice in American history. So whatever I think of the way in which then-Senator Kennedy handled the bigots of his day, perhaps we could all agree that such bigotry has no place in the 21st-century United States?