The feminine genius: A spark of wonder 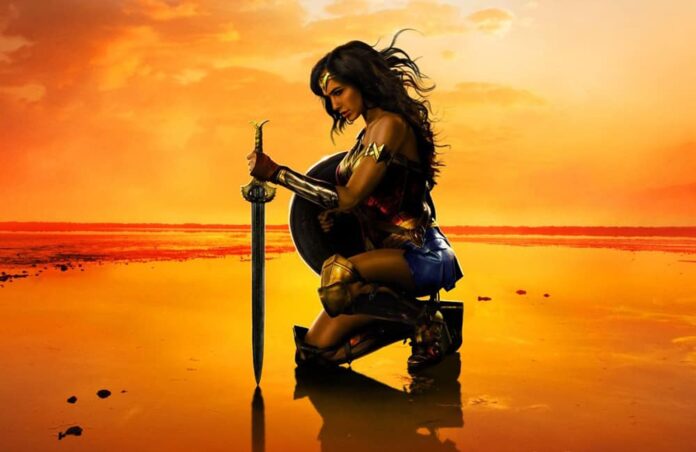 “Progress usually tends to be measured according to the criteria of science and technology. Nor from this point of view has the contribution of women been negligible. Even so, this is not the only measure of progress, nor in fact is it the principal one. Much more important is the social and ethical dimension, which deals with human relations and spiritual values. In this area . . . society certainly owes much to the ‘genius of women’.”

An article is making the rounds on social media. Apparently a theater in Austin, Texas hosted a women-only screening of the new Wonder Woman movie. In response, one “gentleman” (I use the term loosely) named Richard Ameduri sent an email to Austin mayor Steve Adler protesting the event and threatening a boycott on the city.

Ameduri’s missive revealed his extremely low opinion of the fairer sex. Specifically: “Name something invented by a woman! Achievements by the second rate gender pale in comparison to virtually everything great in human history was accomplished by men, not women.”

Gee, what a charmer.

What made the story newsworthy was the mayor’s clever response, in which he said that somebody had clearly hacked Ameduri’s email, as surely he would not personally spout such nonsense. And then he went on to list the many, many inventions that women have brought to the world.

I waited for the rest. But it never came.

I wanted him to say something about women’s other contributions. About how, as awesome and important as women’s inventions have been, we women don’t need to invent anything to prove our worth as human persons. I wanted him to say something about our other contributions to society — like, for instance, the fact that women have conceived, borne and nurtured pretty much every human being who has walked the face of the earth — including all of those inventors, male and female. About our uniquely feminine gifts, the “feminine genius” that St. John Paul II spoke of so frequently. About how the structure of women’s brains and women’s anatomy, as well as our experience as women, give us unique relational and interpersonal skills that enhance the family . . . and the workplace . . . and every area of society.

I certainly appreciate Mayor Adler’s vigorous defense of women. But doesn’t this whole exchange, on both sides, imply that we women are valuable only to the extent that we invent things, or serve in combat (another of Ameduri’s complaints), or in some other way excel in traditionally masculine areas?

Don’t get me wrong — all positive accomplishments are good and important. I am grateful to live in an era in which women work, and invent, and lead nations. As St. John Paul II repeatedly emphasized, women’s gifts are important and necessary in all aspects of society.

It’s just that, due partly to thinking like this, I think we are falling further and further behind in accomplishing that goal.

I have said for years (and, in fact several times here in the past few months) that the feminist movement bought into the lie of the pre-feminist era — that it is better to be a man, that men’s natural gifts are more valuable to society than women’s gifts, and that women become “equal” to the extent that we become more like men.

One result of that has been that, while women are present in more and more areas of society, women’s gifts have not necessarily joined them. If women are valued to the extent that we become like men, then our natural inclination will be to suppress our own gifts and attempt to cultivate more masculine characteristics. I’m not talking about wardrobe or mannerisms here. I’m talking about patterns of linear thinking, of tendencies to value achievement over relationship, etc. Not bad traits, in and of themselves. But better when balanced with the feminine gifts rooted in relationship. Women, however, frequently find that we are welcomed into the worlds of business, politics, etc, specifically to the degree that we can think, and function, more like men.

Invention is not a specifically “masculine” endeavor. Nor is business nor politics nor any other endeavor of human society. In the same way, child raising, teaching and nursing are not specifically “feminine.” But we approach each somewhat differently, bringing to them our unique giftedness as men and as women. And when that uniqueness is denied or devalued, we all suffer.

To once again quote St. JPII the Great, “It is only through the duality of the ‘masculine’ and the ‘feminine’ that the ‘human’ finds full realization.”

We can’t afford to lose either one.

Mary Beth Bonacci
Mary Beth Bonacci has been giving talks on love and relationships across the United States and internationally for . . .well . . . her entire adult life. She was among the first Catholic speakers to introduce audiences to St. John Paul II’s beautiful Theology of the Body. She is the founder of Real Love, Inc., an organization dedicated to promoting respect for God’s gift of human sexuality. Her book Real Love, based on the Theology of the Body, has been translated into ten languages. She is also the author of We’re on a Mission from God, writes a monthly column for Catholic newspapers and contributes regularly to the Catholic Match Institute blog.
RELATED ARTICLES
Opinion