His Church. Our Experience.
Subscribe
HomeLocalFatima in Lucia's own words
Local

Fatima in Lucia’s own words 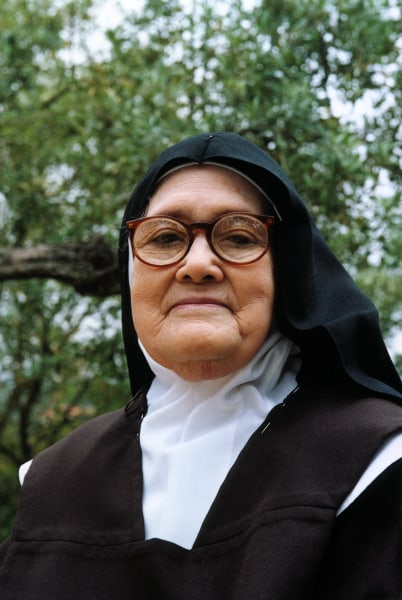 The apparitions and miracles that occurred at Fatima, Portugal in 1916 and 1917 rocked the country at the time and the rest of the world soon after. Let us look back on the events of Fatima — in Servant of God Lucia dos Santos’ own words.

Lucia dos Santos and Francisco and Jacinta Marto were ordinary children, poor shepherds who were well loved by their community and families, each very pious in their own way. In the spring of 1916, an angel appeared to them in the Cova da Iria.

Lucia wrote, “We began to play a game with pebbles. We had only been at it a few moments when a strong wind began to shake the trees and we looked up to see what was happening, since it was such a calm day. And then we began to see, in the distance, above the trees that stretched to the east, a light whiter than snow in the form of a young man, quite transparent, and as brilliant as crystal in the rays of the sun.”

He taught them to pray these words: “Oh My God, I believe, I adore, I hope, and I love you. And I beg pardon for all those who do not believe, do not adore, do not hope, and do not love you.”

In her memoirs, Lucia noted that the presence of the angel was different from Our Lady’s: “I don’t know why, but the apparitions of Our Lady produced in us effects quite different from the angel’s visitations We felt in both instances the same intimate happiness, peace and joy, but instead of the physical prostration the angel imposed, Our Lady brought a feeling of expansion and freedom…There was no difficulty of speech when Our Lady appeared; there was rather on my part a desire to communicate.”

That summer, the angel appeared a second time, renewing the same feeling in the children. While Lucia and Jacinta could both see and hear him, Francisco could see, but not hear.

“The Angels’ words sank deeply into our souls like a gleaming torch, showing us Who God is, what is His love for us, and how he wants us to love Him too; the value of sacrifice and how it pleases Him; how He receives it for the conversion of sinners,” Lucia said. “That is why from that moment we began to offer Him whatever mortified us.”

Later that year, the angel appeared a third time, this time holding a chalice and bleeding host and offered them the Eucharist.

Much of the world was suffering in 1917 when Our Lady appeared, eight months after the last appearance of the angel. World War I was wreaking havoc across Europe, and in Russia, turbulent revolution would later give rise to the Soviet Union. The apparitions, safe to say, were just what the world needed.

On May 13, when Lucia was 10, Francisco, nine, and Jacinta, seven, Our Lady appeared to the children with a flash of lightning.

She asked them, “Will you offer yourselves to God, and bear all the sufferings He sends you? In atonement for all the sins that offend him? And for the conversion of sinners?”

They replied that they would. She then asked them to return to this spot every month.

Lucia describes the encounter, “We were bathed in a heavenly light that appeared to come directly from her hands. The light’s reality cut into our hearts and our souls, and we knew somehow that this light was God, and we could see ourselves embraced in it. By an interior impulse of grace we fell to our knees, repeating in our hearts: ‘Oh, Holy Trinity, we adore You. My God, my God, I love You in the Blessed Sacrament.’”

Following the visit, the children told their families; the Marto parents were the first believers of Fatima, but Lucia’s parents would prove more difficult. Her mother believed her to be lying, while her father was not religious at all and was indifferent.

Between the second and fourth apparitions, the children suffered much at the hands of their families and the local authorities, who believed them to be lying. But the children remained steadfast, and with encouragement from Francisco and Jacinta, Lucia overcame her own doubts caused by her family’s disbelief.

The second apparition, June 13, revealed that Francisco and Jacinta would soon be taken to heaven; Lucia would remain on earth a while to tell the story of Fatima; but the third apparition would reveal much more.

On July 13, Our Lady revealed to them the “Secrets of Fatima,” the third of which would not be released until 2000 by St. John Paul II. The first was a vision of hell and a warning about World War II; the second, a warning about Russia.

L’Osservatore Romano, the Vatican newspaper, published a special insert in 2000 on the secrets.

“The first and second parts of the ‘secret’…refer especially to the frightening vision of hell, devotion to the Immaculate Heart of Mary, the Second World War, and finally the prediction of the immense damage that Russia would do to humanity by abandoning the Christian faith and embracing Communist totalitarianism.”

The third secret was a prophesy. Lucia wrote, “[There was] a Bishop dressed in white, we had the impression that it was the Holy Father. Other bishops, priests, men and women religious going up a steep mountain, at the top of which there was a big cross…before reaching there the Holy Father passed through a big city half in ruins and half trembling with halting step, afflicted with pain and sorrow, he prayed for the souls of the corpses he met on his way; having reached the top of the mountain on his knees, at the foot of the big cross he was killed by a group of soldiers who fired bullets and arrows at him, and in the same way there died one after another the other bishops, priests, men and women religious, and various lay people of different ranks and positions. Beneath the two arms of the cross there were two angels each with a crystal aspersorium in his hand, in which they gathered up the blood of the martyrs and with it sprinkled the souls that were making their way to God.”

The ‘Miracle of the Sun’

Two apparitions later, tension was growing in Fatima; authorities were alarmed by the number of people flocking to the Cova da Iria (some 30,000 people attended the fifth apparition) and the children were being detained, even causing the fourth apparition to be delayed by a few days.

But the children, with help of consolation from Our Lady, were promised a miracle at the final apparition, which would take place October 13, so that the world would believe.

Lucia described the vision: “After Our Lady had disappeared into the immense distance of the firmament, we beheld St. Joseph with the Child Jesus and Our Lady robed in white with a blue mantle, beside the sun. St. Joseph and the Child Jesus seemed to bless the world, for they traced the Sign of the Cross with their hands. When, a little later, this apparition disappeared, I saw Our Lord and Our lady; it seemed to me to that it was Our Lady of Sorrows. Our Lord appeared to bless the world in the same manner as St. Joseph had done. This apparition also vanished, and I saw Our Lady once more, this time resembling Our Lady of Carmel.”

Then came the miracle: the Sun “danced” to eyewitnesses, which were 70,000 in attendance.

“Opening her hands, she made them reflect on the sun, and as she ascended, the reflection of her own light continued to be projected onto the sun itself,” Lucia wrote. “Here…is the reason why I cried out to the people to look at the sun…I was moved to do so under the guidance of an interior impulse.”

After the apparitions of Fatima, the world changed. After canonical inquiry, the bishop of Leiria-Fatima declared the visions, which are private revelation, worthy of belief in 1930.

After the start of World War II, Pope Pius XII released the first two secrets of Fatima and consecrated the human race to the Immaculate Heart of Mary, specifically mentioning Russia. Pope Paul VI later renewed that consecration during his papacy.

St. John Paul II was arguably the most devoted to the message of Fatima; following his assassination attempt on May 13, 1981, he attributed Our Lady of Fatima to saving his life. He renewed the consecration to the Immaculate Heart of Mary the following day.

For more information on the history of Fatima, visit ewtn.com/fatima/index.asp.