His Church. Our Experience.
Subscribe
HomeLocalFather vows to save children after losing his own
Local

Father vows to save children after losing his own 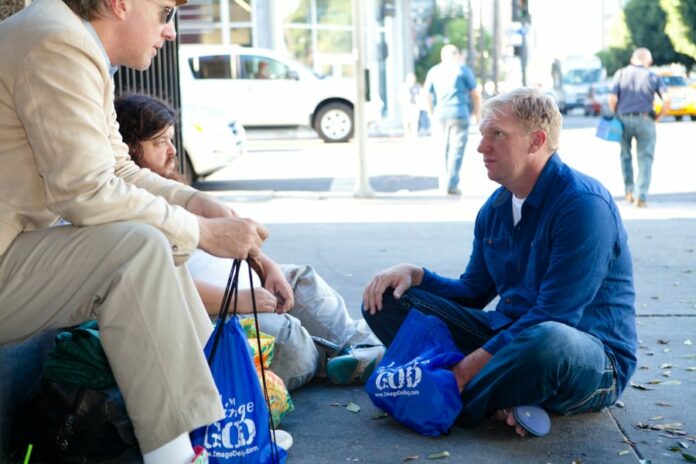 Jason Jones had just celebrated his 17th birthday in 1988 when his girlfriend told him she was pregnant.

“When she told me, we didn’t discuss abortion, it wasn’t even an option,” Jones, 43, told the Denver Catholic from his home in Kapolei, Oahu, Hawaii. “It just wasn’t something that would’ve been on the table.”

The couple conspired for Jones to drop out of his suburban Chicago high school and join the Army, and she would hide the pregnancy until he returned from basic training. However, things didn’t go as planned.

“I get a call from my girlfriend toward the end of basic training and she was just crying,” shared Jones, who described himself as “vaguely atheist” at the time. “Her father had taken her to a friend where she was forced to have an abortion.”

He begged his company commander to call the police.

“My company commander said, ‘Why would I call the police, Private? Don’t you know abortion is legal?’”

“And what really took the wind out of me is that in a country I love, this was all completely legal.”

He began a grassroots effort, knocking on doors to inform people that abortion was legal. He believed if more people knew, they would join his crusade to end it.

“My eyes began to open,” he said of the exchanges he had and as he became more educated on the issue. “I wanted to reach more and more people.”

To do so, Jones began speaking to groups, leading press conferences, making appearances on radio and TV programs, worked for both Human Life International and Hawaii Right to Life, and started making pro-life films. He was a producer of the 2006 film “Bella,” which won several industry awards, most notably the People’s Choice Award at the 2006 Toronto International Film Festival; and was associate producer of the 2008 film “The Stoning of Soraya M.,” winner of the NAACP Image Award in 2010 and the Los Angeles Film Festival Audience Award in 2009.

His 2011 short film “Crescendo” has raised $6 million for pregnancy centers. Jones will be in Denver Jan. 31 to deliver the keynote address at the annual Beacon of Hope Gala that benefits Lighthouse Women’s Center in Denver and Women’s Services of Catholic Charities. Lighthouse is a licensed medical facility across the street from Planned Parenthood of the Rocky Mountains, the second largest abortion provider in the country.

“Pregnancy centers and shelters are so important because they’re on the front lines of the culture wars, where people are at their most vulnerable,” he said. “They should be the first organizations in our community that we support.”

If his high school girlfriend would have had access to a crisis pregnancy center, he said, his daughter—aborted at about six months gestation and whom he has since named “Jessica”—might be alive today. And although she didn’t have a chance to be born, he attributes his coming to Christ to her. After a long and serious spiritual journey, Jones converted to Catholicism in 2003.

“There’s no other way I would’ve become Catholic,” he said.

For more about the gala or to purchase tickets, visit www.ccdenver.org/gala.

>> New book: Jason Jones recently released his first book “The Race to Save Our Century: Five Core Principles to Promote Peace, Freedom, and a Culture of Life.”  In the book, which he began writing 18 years ago, he lays out five “whole life” principles that he describes as a “universally appealing consensus of moral truths on which we can build a more human future.”

>> Did you know?
– Abortions in the U.S. have declined significantly from more than 1.5 million in the late 1980s to some 730,322 in 2011, according to the Centers for Disease Control.
– 73 abortion facilities were shut down for all or part of 2014, reports Operation Rescue.
– Of 60 surgical abortion clinic closures, 47 were permanent. 739 abortion clinics remain in the U.S.: 551 surgical facilities and 188 medication-only facilities.
– In 2014, state legislatures introduced 335 provisions aimed at restricting access to abortion. 15 states enacted 26 new abortion restrictions.