His Church. Our Experience.
Subscribe
HomeLocalFather Thomas Bradtke, a man whose ‘door was always open’
Local

Father Thomas Bradtke, a man whose ‘door was always open’ 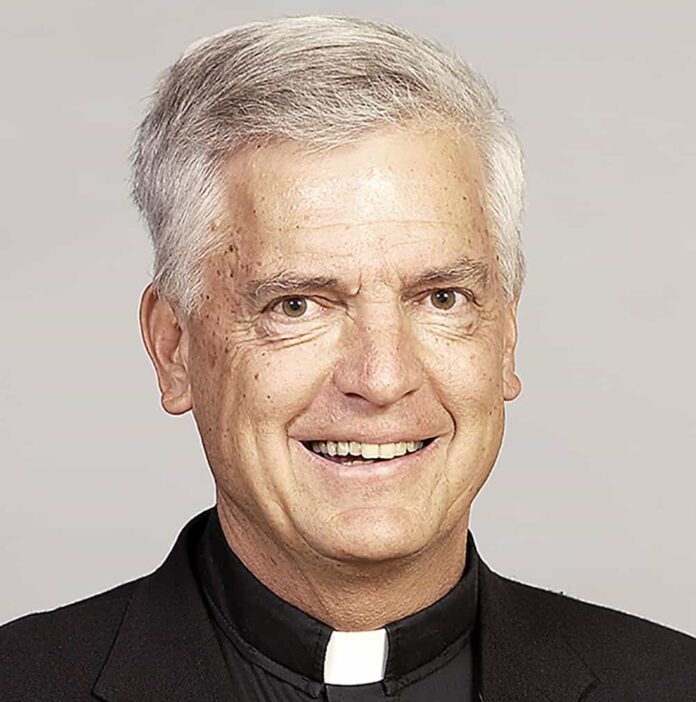 For almost 50 years, Father Thomas Bradtke served the faithful of the Roaring Fork Valley in Colorado as a priest and a friend. He passed away June 2, 2018 in Glenwood Springs at age 81.

Originally from Chicago, he was ordained in 1962 and served for eight years in that diocese. An illness brought him to the valley in the 1960s for a year of sabbatical, and after falling in love with the Rocky Mountains, he asked to stay.

“Father Tom was a man of humility, kind, quiet, easy going and had a great sense of humor. [He] liked to lighten the mood and put people at ease,” said Father Bert Chilson, Pastor at St. Stephen Catholic Church in Glenwood Springs and long-time friend of Father Bardtke.

He was an avid outdoorsman and shared his awe for creation by organizing rafting trip and houseboat travels for the parish youth.

“He was… a great gatherer,” Father Chilson recalled during Father Bradtke’s Funeral Mass. “He invited people to supper clubs, spontaneous meals… and numerous activities around food and drink… He built community.”

“I think Tom was the most recognizable person in the valley”, he continued. “everywhere he went, he was like a magnet.”

Father Bradtke served as pastor of St. Vincent Parish in Basalt, St. Anne Parish in Grand Lake, Our Lady of the Snow Parish in Granby, St. Ignatius Parish in Walden, St. Peter Parish in Kremmling, St. Mary Parish in Aspen, St. Stephen Parish in Glenwood Springs, and established the mission parishes in Snowmass Village and Marble. He retired in 2004.

For many years he suffered from dementia but continued saying Mass. During his last three years, he suffered from Myelodysplastic Syndrome, but rarely complained. “He became more and more quiet and reflective, but always with a word of gratitude, sense of humor and a smile on his face,” his friend remembered.

His availability, compassion and promptness to help those in need led him to leave his door open for anyone: “Tom always found time to help folks. His door was always open, and as a result people constantly visited him,” Father Chilson said. “[He] had a heart of Jesus, of compassion and the gift of giving.”