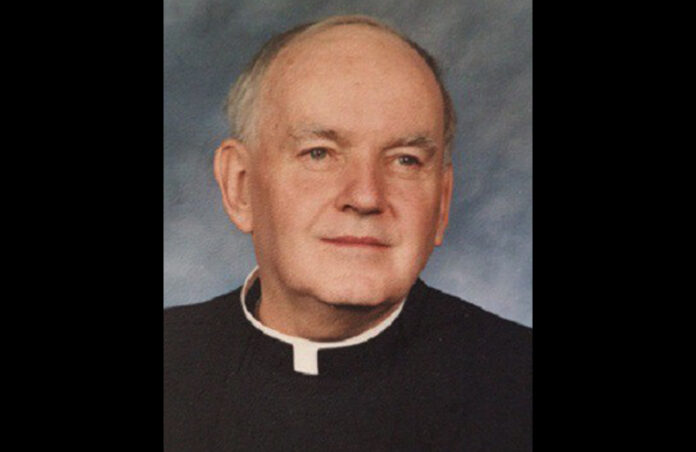 Father Vincent Leo Smith, a beloved priest of 55 years for the Archdiocese of Denver, died May 23. He was 82 years old.

Born to Francis and Margaret Smith on November 4, 1938 in Fort Collins, Father Smith spent his whole life in Colorado. At a young age, he and his family moved to Fairplay, where he met Michael Kerrigan, a longtime friend and eventual brother priest. Father Kerrigan delivered Father Smith’s eulogy during his funeral at the Cathedral Basilica of the Immaculate Conception May 28, which happened to be the same day and place which Father Smith was ordained to the priesthood, 55 years ago.

“[Father Smith] had a certain openness to life in a way that indicated his own understanding of what things were about,” Father Kerrigan said of his childhood friend.

Father Smith served at several parishes around the archdiocese, including St. Anthony Parish in Sterling, Christ the King Parish in Denver and St. Mary Parish in Aspen. His longest stints as pastor were on the Eastern Plains at St. Joseph in Akron and St. John the Evangelist in Yuma from 1975-1991, and at St. Mary in Breckenridge and Our Lady of Peace in Silverthorne from 1991-2003.

For the 50th anniversary of his ordination to the priesthood, Father Smith spoke to the Denver Catholic and shared a simple but timeless piece of advice for the younger generation of priests: “Serve the people. Don’t try to be popular.” He fondly recalled visiting the sick and dying in the surrounding hospitals during his assistant pastor assignment at Christ the King in 1970, not expecting anything in return and saying that he did it simply because “it was a necessary part of your priesthood and service to the people.”

Father Smith retired from active ministry in 2003. Though he suffered from shingles during the later years of his life, those close to him say he remained cheerful and maintained the servant heart he was known for. He spent his final days at Prophet Elijah House with his fellow brother priests.