Facing the fear of guilt 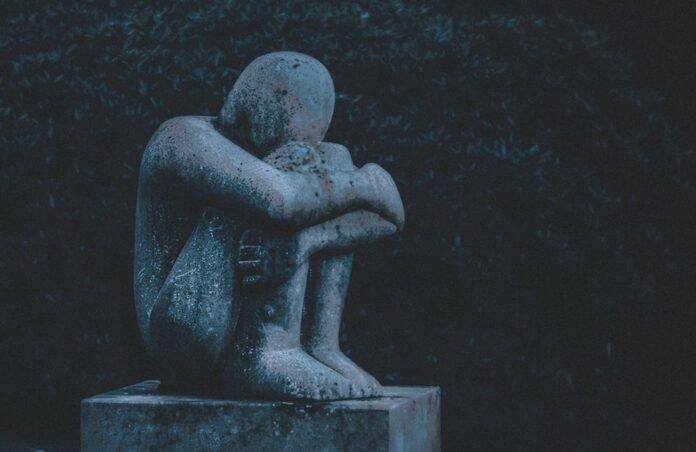 First of all, I want to thank you all for the tremendous outpouring of support we have received in the wake of my mother’s death. It has been so touching to receive your condolences, prayer pledges and Mass cards. My family and I are so grateful.

For any of you who may have missed last month’s column, my mother was found frozen to death in the back yard of her memory care facility. In the weeks since her death, friends have asked if I have struggled with guilt over what happened. After all, I’m the one who placed her there. Do I blame myself for her demise? Am I haunted by regrets?  Am I wracked with “Catholic guilt”?

The question got me thinking about guilt, “Catholic” and otherwise, and our oft-dysfunctional relationship with that emotion.

First of all, to answer the question: yes and no. When it first happened, of course, guilt was one of the many emotions swirling around in my head. I did place her there. Then she wanted to leave, and I didn’t move her. So yes, on a visceral level, I felt guilt. For a few nights, early on, I would lie in my bed sobbing and just repeating, over and over, “I’m so sorry. I’m so sorry. I’m so sorry.”

But that was pure, irrational emotion. Then I began to think it through. Did I place her there to be neglected and frozen to death? Of course not. Quite the opposite, it was done specifically so that this would not happen. Was I careless in choosing the facility? Again, no. I did research on top of research. We paid extra for what seemed to be the “best” facility, specifically so that she would have the best care. Did I overlook any red flags? No, there were none. And yes, she wanted to leave. But I asked her constantly “Why do you want to leave? Is anybody mistreating you?” She always said that no, they weren’t. She had dementia, but she was still functioning highly enough to know that. When something DID happen that she didn’t like, she let me know. And it always came back that she had reported it accurately.

I had no crystal ball to see what was going to happen. I prayed for guidance, I did my absolute best, and I did it out of love for her.  No reason to feel guilty.

I think guilt has received a bad rap in the past few generations. I speak in particular of the phenomenon of “Catholic Guilt.” People complain that their Catholic upbringing has caused them to feel guilty over anything and everything. I have never experienced this, and I have never understood it. To me, it seems simple. If you haven’t done anything wrong, there is no reason to feel guilty. And if you have, repent and quit doing it. Problem solved!

The emotion of guilt, working as it should, is a good thing. It was given to us by God to alert us that something in our lives needs to change. Of course, emotions are not infallible, so we need to follow a process to engage the intellect and “guide” our guilt.

I realized in hindsight that my experience followed that process pretty perfectly.

When we first encounter guilt, it is pure emotion. It may be correct, it may not. In my case, it was not. So, the first step is always to examine our conscience, to see if we actually should feel guilty about the thing that’s making us feel guilty. So we pray to the Holy Spirit for enlightenment, and we look at the situation. Did I do anything wrong? Was it a sin? An error in judgment? Sometimes it’s clear cut. Sometimes it’s not. We may have to examine Scripture or Church teaching. We may have to take it to prayer repeat, to “work it out” with God.

The goal here is to arrive at some certainty as to whether our guilt is based in reality. If it is — if we have been wrong or careless or sinful on any level — the solution is simply to repent, to confess if necessary, and then resolve to do better. And if we haven’t, we release the guilt.

I think what happens in so-called “Catholic” guilt is a sort of short-circuiting of the process. The person, for whatever reason, doesn’t want to believe that they have done anything wrong. So, instead of taking a clear-eyed look at the situation, they turn and run. They become afraid of the very sensation of guilt. They avoid anything that reminds them of it.  They tell themselves they have done nothing wrong. But they never take a really good, objective look at it. They never invite God into it. And so, because the emotion is never resolved, it goes “underground.” It’s still active, but they continue to try to suppress it.

And that isn’t healthy.

I learned long ago that “the best way out of a feeling is through it.” The best way to deal with guilty feelings is to face them head on, with the God who loves us even in the midst of the deepest sin. There is surely nothing on the other side of that guilt that He hasn’t seen before or forgiven before. He loves us madly — all the time.

It’s not the sin that will separate you from his love — it’s the refusal to acknowledge it, to go to him with it. He is always waiting with his love and mercy.

I’m so thankful to everyone who was concerned I might be struggling with unhealthy guilt. I was not. But some of you, for whatever reason, may be.

All I can say to you is that, with the God who loves you, guilty feelings are nothing to fear.