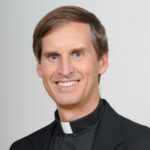 When my friends Paul and Colleen Lum Lung retired, they shared with me their decision to welcome a “fifth child” into their family just like Cathy and I had done. They wanted to pour out love and financial support on this “fifth child,” which they named the Church.

It may seem like a dramatic decision to give to the Church as one would their own child. Yet, when I serve as deacon at St. Thomas More Parish in Centennial, I often seen Paul and Colleen praying at Mass, leading a class, and volunteering at events. They’re already so generous, but their decision followed a prayerful discernment of God’s call to support the Church both now and after their death. They discovered that generosity bears witness to their beliefs today and leaves a legacy of faith for years to come.

At The Catholic Foundation of Northern Colorado, we helped the Lum Lungs with their planned gift. Our staff drafted documents that designate their assets according to their wishes—20 percent for each of their four children and the Church—and committed to ensuring their gifts will benefit the ministries close to their hearts.

A planned gift through The Catholic Foundation allows the faithful to use assets such as real estate, life insurance policies, IRAs, and savings and investments accounts to help impact the souls of future generations. They feel confident their giving is protected by The Catholic Foundation, which safeguards assets through morally responsible investment strategies to advance the mission of the Church and build the body of Christ.

In 2 Corinthians 8, we are called to be generous: “But just as you excel in everything—in faith, in speech, in knowledge, in complete earnestness and in your love for us—see that you also excel in the grace of giving.”

Excelling in giving is easier than some may think. There are many options for donors to make a gift that will significantly impact the Church without affecting their current lifestyle or income. Confidential planning services are available at the Catholic Foundation, which offers a kind of one-stop shopping for charitable giving to the Church in the Archdiocese of Denver and virtually any nonprofit in the Catholic community.

Donors find many benefits in giving through The Catholic Foundation. There is no start-up cost or obligation. Planned gift agreements begin by filling out a simple form that doesn’t require the cost of an attorney. Any assets documented for beneficiaries fall outside of the estate process, greatly reducing the administrative cost and tax burden for families and beneficiaries. The Catholic Foundation also offers legal protection of gifts until they are delivered to the selected nonprofit.

Best of all, a planned gift carries on the Catholic faith and its teachings. The generosity of donors permits the Church to make morally-responsible investments that continue its mission.

At first it was difficult for Colleen and Paul to support the Church as they raised a family. As their faith grew over time, so did their desire to give. A life of generosity—for all who know Christ—means the opportunity to draw closer to God, now, and in eternity.

In November 2013, Pope Francis issued an Apostolic Exhortation and wrote, “Piety… makes people capable of generosity and sacrifice even to the point of heroism, when it is a question of bearing witness to belief.” Does our giving bear witness to our beliefs?

Planned giving is that opportunity to bear witness to the treasure of our faith to be shared and passed on to others. We work with donors to ensure they leave a legacy for future generations, whether it’s their children, grandchildren, or other brothers and sisters in Christ. It means a chance to make sure our faith is manifested in how we live and how we give. The future of the Church will be eternally grateful.

To learn more about Planned Giving through The Catholic Foundation, call Jean Finegan at 303-867-0613 or visit theCatholicFoundation.com.

What The Catholic Foundation can do for you:

Deacon Steve Stemper is president and CEO of The Catholic Foundation of Northern Colorado. He has more than 30 years of corporate financial experience and is assigned a deacon at St. Thomas More Parish in Centennial. He and his wife, Cathy, have three daughters and one son. To learn more, visit http://TheCatholicFoundation.com.

COMING UP: The Catholic Foundation helps parishes get extra $1 million-plus

Parishioners from 39 churches in the Archdiocese of Denver took advantage of a financial opportunity over the past year by digging deeper into their wallets and now their parishes have more than $1 million to use for such needs as a church remodeling, an altar replacement and new widows for a parish school.

The Catholic Foundation of Northern Colorado agreed to match up to $10,000 if parishes raised money outside of the weekly offertory collections. Through June, the parishes raised $652,214 and the foundation added the $390,000 matching funds.

One parishioner at St. Michael the Archangel in Aurora personally met the match with a $10,000 donation after listening to Deacon Steve Stemper, CEO and president of the foundation, explain the program.

“I think that we probably would not have gotten that $10,000 donation if Deacon Steve had not spoken at the church about the matching funds,” said Pastor Father Terry Kissell.

Other parishioners also have made donations, Father Kissell said, and the money is being put into an endowment fund for future uses.

“The response has been fantastic,” Deacon Stemper told the Denver Catholic Register. “We’re offering parishioners an opportunity to help their parish and in the process double the money. The weekly offering helps the parishes keep the lights on and keep the programs in place running. This money allows them to go over and above those basic needs.”

The program will run at least through 2014 with a possible extension into 2015 and other parishes still can take advantage of the matching funds, Deacon Stemper said. The money comes from the foundation’s Bridge Fund, which benefits a variety of Catholic ministries through grants determined by the board of trustees.

Each parish determines how the matching money will be used. For St. Mark in Westminster the money allows the parish to begin a long-needed remodel project for the church and offices, said Father Ken Koehler.

“People here really have been generous,” Father Koehler said. “They listened to how the program would work and how we could get the remodel project.”

Father Koehler hopes the building improvements will help attract more young families to the parish, which has an older congregation.

St. Peter Parish in Greeley with the help of the local Knights of Columbus was able to raise the matching funds and replaced its aging tabernacle altar with a new tabernacle and a high altar from Spain. Additionally, the church plans to use part of the money to help an orphanage in Ghana, said Father Matt Hartley.

“When we told our parishioners about the matches they did the rest,” he said.

Other projects among parishes that met the matching funds, include: Sts. Peter and Paul in Wheat Ridge plans to use the money for new windows and air conditioning primarily at its parish school; St. Nicholas in Platteville plans an addition of classrooms for religious education; and St. John the Baptist in Johnstown wants to eventually build a new church.

The Catholic Foundation, a nonprofit agency founded in 1998, oversees the matching funds for the parishes. The foundation provides financial guidance for the parishes and legal protection so that the money is used solely for the parish.

In addition to the matching fund program, Deacon Stemper also has asked parishioners to consider remembering their churches in their wills. Unlike other nonprofits or universities, the Catholic Church has not historically asked for parishes to be beneficiaries, Deacon Stemper said. Any financial gift, including designating the Church as the beneficiary on 401-K or bank accounts, would benefit the designated parish, he said.

“The most significant gift can be made at the end of one’s life and the most worthy recipient is the Church,” Deacon Stemper said.