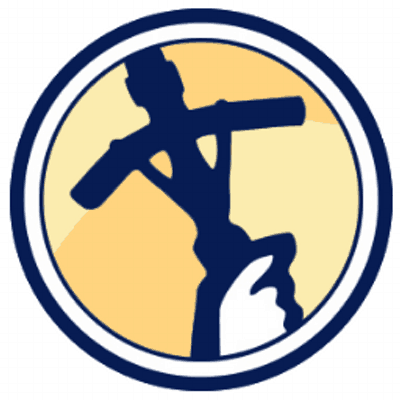 Seven religious schools in Eritrea, four of them sponsored by the Catholic Church, have been seized by the country’s government this month. Catholic bishops in the country say the move was motivated by “hatred against the faith.”

“If this is not hatred against the faith and against religion what else can it be?” Eritrea’s bishops asked in a Sept. 4 letter addressed to the Minister of Public Education, Semere Re’esom.

The seven schools seized by the government include three run by Protestant and Muslim groups, according to Comboni Catholic missionaries serving in the area. The schools have been nationalized, and will reportedly now be run by the country’s education ministry.

“The actions that are being taken against our educational and health institutions are contrary to the rights and to the legitimate freedom of the Church,” the bishops wrote in their Sept. 4 letter.

The bishops also suggested that the government raise to them any objections to the way in which Catholic schools and hospitals are administered in Eritrea.

“If there are situations that need to be corrected or adjusted, not only is it good, but even the only viable way, in order for this to take place in a context of an open and constructive dialogue,” the bishops wrote.

Eritrea is a one-party state whose human rights record has frequently been deplored.

It is believed the seizures are retaliatory, after the Church in April called for reforms to reduce emigration.

The bishops had also called for national reconciliation. Government seizure of Church property is not new, however.

A 1995 decree restricting social and welfare projects to the state has been used intermittently since then to seize or close ecclesial services.

In July 2018, an Eritrean Catholic priest helping immigrants and refugees in Italy told EWTN that authorities had recently shut down eight free Catholic-run medical clinics. He said authorities claimed the clinics were unnecessary because of the presence of state clinics.

Christian and Muslim schools have also been closed under the 1995 decree, according to the U.S. Commission on International Religious Freedom’s 2019 annual report.
Eritrea has been designated a Country of Particular Concern since 2004 for its religious freedom abuses by the U.S. Department of State.

Many Eritreans, especially youth, emigrate, due to a military conscription, and a lack of opportunities, freedom, education, and health care.

A July 2018 peace agreement between Ethiopia and Eritrea, which ended a conflict over their mutual border, led to an open border which has allowed for easier emigration.

ACI Africa contributed to this report.

COMING UP: “Build our future” – African artisans and American buyers work together

The fabrics featured on Totonga Bomoi are the kind of riotous, fun collection of color and geometric prints that you rarely, if ever, find in an American mall. There’s a “Mobali neck tie” as bright yellow as a lemon rind, covered in checks with additional pattern inside. One of the totes for sale is made out of tan and gray hexagons, with a bright green design printed over them. Upon closer inspection, there are even 3-D squares with different colored patterns.

A man models a Mobali necktie from Totonga Bomoi, a cooperative in the Democratic Republic of the Congo. Photo provided.

The people of the Democratic Republic of the Congo (DRC) buy these fabrics at their local market, and know the local and cultural significance of each cloth. They also know how to sew these fabrics into beautiful bags, ties and more. They just need someone to buy them.

Denver Catholic Katie Hile is connecting these Congolese artisans with buyers here in the States.

Katie Hile in the DRC, where she connects artisans to buyers in the States. She is posing with artisan Marie Aroyo. Aroyo has never visited her home village, because her father wanted her to receive an education and many of the village elders do not support education for women. She earned a certificate in sewing in 2005. Her husband is a school teacher, and she says they are both commited to educating their three children well. Photo provided.

“We believe that by honoring traditional roles of society, we can create sustainable communities capable of overcoming challenges where governments and NGOs have failed,” she said.

Totonga Bomoi is located in the Orientale province of DRC, which is in the northeast of the country. It borders Central African Republic, South Sudan and Uganda. Graphic submitted to Wikicommons by Peter Fitzgerald.

Hile was able to spend a year in Africa, ending in 2011, through a program run by the Canossian sisters. The sisters are perhaps most famous for St. Josephine Bakhita, a former slave who joined their order in 1896.

Julienne Buve is one of the Totonga Bomoi artisans. She is the second oldest of 16 children, and has three of her younger siblings living with her. She says that her primary concern is caring for her family. To that effect, she has been able to use some of her earnings to buy her own sewing machine and build a small house to share with her siblings.

Hile worked on a variety of community projects in Congo. She also lived a life of prayer and  fellowship with the other volunteers and the sisters.

“Our days were shaped by service and prayer together,” Hile said. “That made the experience for me, the community aspect of what the sisters offered.”

During this time, a Congolese friend asked Hile for a $1,000 loan to build a house. Hile requested that her friend make 25 handbags in exchange for the money. The success of the exchange stayed with Hile even as she returned to the States.

“On my flight home, I imagined all the opportunities ahead, if we were to create a business,” Hile said. “In 2014, I returned to my friends in Congo and shared the many economic and social benefits that a cooperative would bring. In their resounding joy (and my own), I knew I had found my purpose.”

Esther is another Totonga Bomoi artisan. She uses her earnings to help pay for her younger siblings’ education. “Education is very important to us and it is the way to our future,” she said. When Esther first met Hile, she learned how to use a computer. She says that now she frequently uses her computer to search for sewing ideas.

Hile combined her studies in Diplomacy and International Relations with the skills of women in the Congo to create a cooperative. She named it “Totonga Bomoi”, which means “build our future” in the Congolese language Lingala.

The artisans buy their cloth at their local markets. They then create bags, ties and more out of the fabric. Each product is handmade, and each product is unique. They also each come with a photo and the story of one of the artisans.

Hile helps with logistics, such as maintaining a working space for the women and making sure there are enough sewing machines and solar panels. However, she said the artisans are learning how to run businesses on their own and keep detailed budgets.

Totonga Bomoi artisans in February 2015. The artisans find local cloth and sew their own creations, while taking classes in finance and budgeting. Denver Catholic Katie Hile helps them sell their products in the United States.

“I just ran the numbers, and in a two year period their income has more than doubled,” Hile said. “It’s definitely having an impact not just in the money they’re making, but that they’re working together and learning from each other and learning how to budget. It’s teaching them life skills that they are using not only to benefit themselves, but that they’ll teach to their children and community.”

Hile runs Totonga Bomoi from Denver, where she says she has found ample support for the project. In addition to receiving encouragement from neighboring non-profits, she has been invited to sell Totonga Bomoi products at parish fish fries and young adult gatherings. The success is allowing her to begin fundraising for a new cooperative that would employ men.

“Too often we’re presented with an image of Africa where men are lazy or driven only by conflict, but this is false. The continent is full of men who desire to work, to learn, and to serve their families. We want them to know that our social enterprise exists to serve them, too,” Hile said.

Faustin Onzi works as an IT specialist for Totonga Bomoi. He helps the artisans write emails, use social media and do other tasks to keep the project running. He said he enjoys working for something that makes a difference in his community, and hopes to use his wages to go back to college.

She said this also fits with Totonga Bomoi’s mission of strengthening communities by strengthening families. She said at no point has she considered making the program an opportunity for hand outs. She knows the artisans are capable of work and want to learn to provide for themselves. She just helps with logistics and connecting them with consumers.

“When I was in grad school, I studied arguments about development work vs. aid. Providing handouts isn’t going to lead to long-term success,” she said. “[Honest work] brings love and pride to the person.”

Celine Edrako came from a rural village, and considers herself blessed to have been able to come to Aru (where Totonga Bomoi is located) and receive a diploma. She said that Totonga Bomoi has taught her many new concepts, such as record keeping, customer service and budgeting. However, she said her favorite part of the experience is the community. She said she learned “how important it is to share ideas and talk with others about our hopes for the future. This was the most meaningful lesson for me.” Photo provided.

Hile said recent pontiffs have inspired her in this.

“I’m so inspired by Pope Francis and Pope Benedict, just because of the amount of time they spent discussing family and human dignity. It really drives me in that sense, where I’m part of something bigger than myself,”she said.

She specifically pointed to paragraph 192 of Pope Francis’ Joy of the Gospel, in which the pope discusses the dignity of work.

“[I]t is through free, creative, participatory and mutually supportive labor that human beings express and enhance the dignity of their lives. A just wage enables them to have adequate access to all the other goods which are destined for our common use,” Pope Francis wrote.

Hile said that based on her research, she is confident that millenials and others will be willing to buy products that they know benefits a community.

“Our customers and donors are interested in improving the livelihoods of our artisans and connecting,” she said.