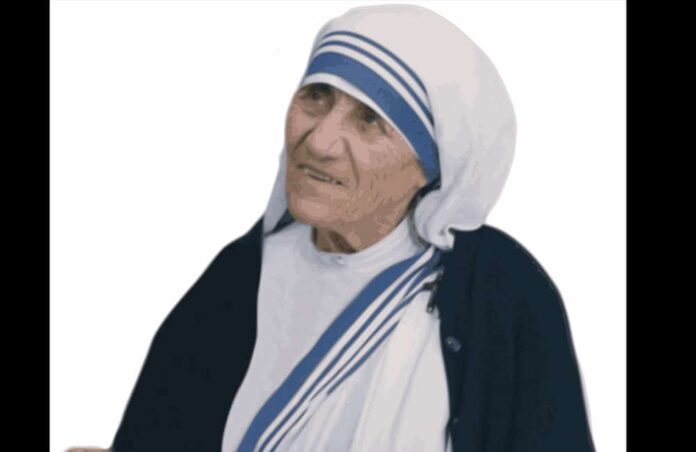 In times of turbulence and confusion, Catholics have the light of the saints to remind them of the fundamental aspects of their faith with the example of their lives and words. St. Teresa of Calcutta’s life and message may just be what many Catholics need to hear, and now they can be submerged into her life through the “Exhibit of the Life, Work and Message of Saint Teresa of Calcutta,” hosted by Denver’s Missionaries of Charity at three parishes in the archdiocese this October.

The exhibit will include photos, a chronology of her life and quotes both in English and Spanish. Additionally, two first-class relics of the saint will be displayed in a prayer room, where the faithful will have time to pray and reflect on her life and works.

The sisters believe that Mother Teresa’s life can provide many graces for today’s Christians, including a message that can encourage them to return to the basics of Jesus’ message: faith, hope and love.

“Mother [Teresa’s] life is so inspiring and it’s a real testimony to the love of God being poured out,” said Sister Paula Marie, visiting Regional Superior of the Missionaries of Charity. “It’s a message of love but also a message of hope because her work was born in the despair of India at the time.”

Her response to suffering and need was always grounded in prayer, something the faithful can meditate on in our time, said Sister Immaculate, member of the community in Denver.

“With all the challenges going on in the Church, I think Mother would encourage much prayer because only God can solve all problems,” she said. “She would encourage prayer, penance and sacrifice because we can get angry and we can do so many things, but all we can do sometimes is call on God and plead for mercy.”

Mother Teresa announced that she would open a house in Denver at the sight of thousands of Catholics during a prayer meeting in Denver’s old McNichols Sports Arena May 20, 1989.

“I have a gift for you,” the future saint told the congregation. “I will give you my sisters and I hope that, together, we are going to do something beautiful for God.”

Sister Damascene, local superior of the community in 2015, told the Denver Catholic that year that there was no mystery to Mother Teresa’s decision — it was simply God’s will.

“It’s as God wants,” she said. “We are missionaries, so we are sent. We cannot choose where we want to go. There is no questioning.”

According to Sister Rosella, current local superior, one of the reasons that moved Mother Teresa to open a house in 1989 in Denver was seeing the poor in downtown Denver and how many of them were AIDS patients. At the time, people with AIDS did not receive the medical attention they needed and were often marginalized.

The sisters cared for more than 490 patients before improved treatments and new city requirements forced them to relocate and serve in a different way.

With time, the need to serve AIDS patients decreased and they began running a shelter for women.

Denver’s Missionaries of Charity now serve in a variety of ways. Other than running the shelter, they help with catechesis and participate in summer camps at Sacred Heart and St. Joseph parishes, take communion to the homebound, visit the imprisoned and talk to people experiencing homelessness at Civic Center Park on a weekly basis.

The four sisters that form part of the religious community in Denver and their regional superior firmly believe that the exhibit can bring to life the humility and love that the saint radiated in person, as some testified when being in her presence.

Sister Gregorina recalled serving with her in India: “When we would come back together in the car, she used to tell us to see Jesus in the poor, no matter if they were Hindu, Muslim or whatever religion because they were human beings,” she said. “And so, we would bring peasants [from the street] and give them a little bit of water before they died. Some of them would die after half an hour, but Mother used to say, ‘Let them not die on the streets, let them die with dignity.’”

“You could see the holiness of Mother, that’s how special Mother was,” Sister Chandrika remembered. “You could know she was very close to God, you could see the presence of God [in her]. At the same time, she shared with everybody, with the sisters, with the people. [She was] very joyful and very personal. You felt like you were in heaven. I would feel very close to God by being close to Mother.”

Sister Immaculate thinks that this exhibit can be touching and help people renew a sense of prayer in difficult times, as the saint did.

“When there were so many things going on, she would go kneel down and pray,” she said. “When somebody would ask her, ‘Why are you so peaceful?’ Mother would say, ‘Because I pray.’ That was the only answer Mother gave.”