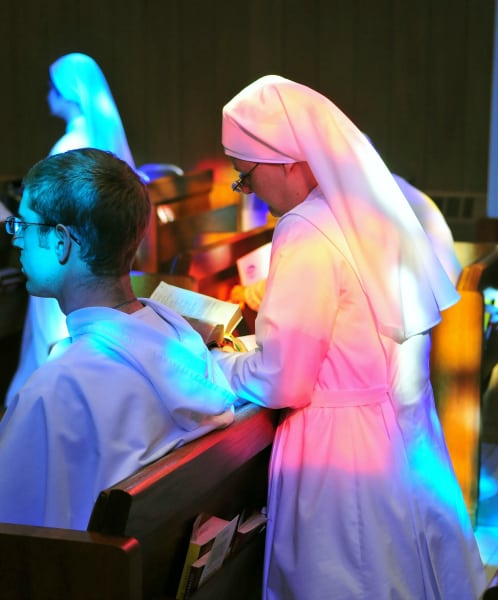 The Little Sisters of the Poor spelled out their objections to the federal birth control mandate Feb. 24 by filing a detailed 74-page appeal in Denver federal court.

The Catholic nuns, who operate nursing homes nationally and in Denver, were granted a temporary injunction from the federal Health and Human Services mandate that is a part of the Affordable Care Act, also known as Obamacare.

The requirement to provide contraceptive coverage in employee health plans is contrary to their religious beliefs, the appeal states.

“The sisters just want to be able to do what they have been doing and offer generous health benefits that don’t include drugs the sisters can’t help provide,” said attorney Adele Keim of the nonprofit Becket Fund, which is representing the sisters.

Mother Patricia Mary, L.S.P., of the Little Sister’s Denver Mullen Home for the Aged, was unavailable for comment.

The appeal argues the HHS mandate violates the Religious Freedom Restoration Act and the First Amendment that guarantee freedom of religion.

At issue is a waiver form the sisters could sign to receive an exemption from the mandate, but the appeal states that it “would make them morally complicit in sin, would contradict their public witness to the value of life, and would immorally run the risk of misleading others.” The form in fact would only authorize a third-party to provide the services they find morally objectionable.

A district court in December denied the sister’s motion for protection from the mandate, saying they read “too much into the language of the form.”

But the Becket Fund fired back saying it’s not for the district court to disagree with the moral line the Little Sisters draw.

Regardless of what the “government thinks the Little Sisters should believe, the undisputed fact is that they do believe their religion forbids them from signing (the form),” the appeal states.

The Obama administration refuted the injunction saying the sisters only need to sign the form to “secure for themselves the relief they seek” … “with the stroke of their own pen.”

The Supreme Court granted the injunction pending the outcome of the appeal.

An appeal hearing date before the Denver federal court has yet to be set.

Keim said the Little Sisters are only asking for something the government has given other religious employers.

If the sisters do not win the appeal, they would be fined $6,700 a day and nearly $2.5 million a year, which is a third of its $6 million budget. The Little Sisters of Denver employ about 67 full-time employees.