His Church. Our Experience.
Subscribe
HomeOn MissionFocusWhy I Don’t Call Myself Gay: How one same-sex attracted man discovered...
On MissionFocus

Why I Don’t Call Myself Gay: How one same-sex attracted man discovered true joy 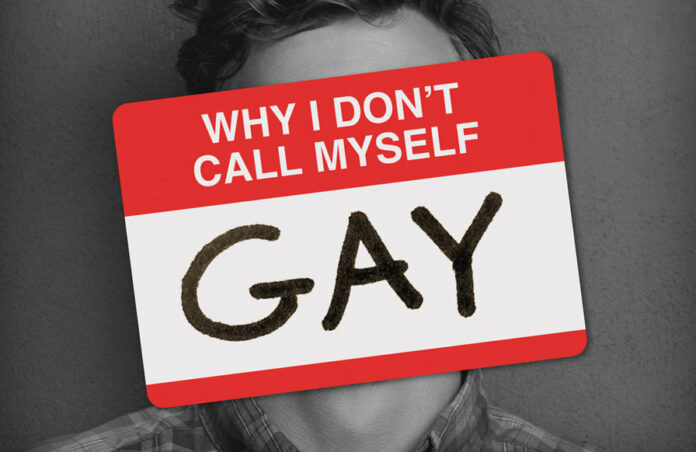 The world we live in is a confusing place, especially when it comes to matters of sexuality. The sexual revolution that began in the 1960s has been fully realized in 2017, and we find ourselves moving toward a reality in which gender and sexuality as defined by nature no longer applies.

The title of Daniel Mattson’s insightful and challenging new book, Why I Don’t Call Myself Gay (Ignatius Press, $17.95), refers to the crux of the entire gay rights movement – that one’s identity is rooted in one’s sexuality. Mattson rejects this idea entirely, arguing that words are powerful and by a person labeling them self as “gay,” it becomes their identity. The danger of this is the same as with anybody else who finds their identity in anything other than Christ — the search for true joy becomes a wild goose chase, as Mattson himself found.

Mattson’s courageous account of his own journey as a same-sex attracted Catholic represents a voice seldom heard in our modern, sex-obsessed culture, and he should be commended as one who struggles with this burden yet still remains faithful to the Church founded by Jesus Christ.

In the first section of the book, Mattson describes the feelings of same-sex attractions that he felt at a young age. Struggling with same-sex attractions comes with a complex array of causes; however, in Mattson’s case, he writes, “The hard to explain isn’t so hard to explain.” He recalls how low self-esteem, a feeling of inadequacy when compared to other boys and seemingly innocent sexual experimentation were a few of the factors that led him to feel sexual attractions to other men.

After a confusing period of a failed relationship with a woman he loved, Mattson began to see that his feelings of same-sex attraction could be united to Christ as a type of suffering. Though he left the Church for a time, he became involved in Courage International, an apostolate that ministers to Catholics with same-sex attraction, and this ultimately brought him back to Jesus. It’s in this testimony that the power of this book truly lies.

Here’s a man who has lived the “gay” lifestyle – and tried to find happiness in all the ways the entire movement says a gay person can – yet he instinctually still felt that something was missing. He found true joy when he came back to Christ. He began to realize that his identity is not found in his sexual inclinations; it is first and foremost found in Jesus Christ, and that despite this burden, he is a child who is deeply loved by the Father. In the second and third sections of the book, Mattson outlines how he came to terms with the reality of his sexuality and the call of Christ for him to live a chaste life. He looks to examples of the saints and how they prescribed prayer and spiritual reading in their own battle for chastity.

This book will hopefully prove to be useful in conversations surrounding same-sex attracted Catholics attempting to live a life that’s faithful to the teachings of the Church. In this account, Mattson details a journey that many others like him are enduring, but are fearful of speaking up about. Mattson writes in a way that’s easy for people to follow; while a little wordy at times, he uses anecdotes and cites quotes from other works to make compelling points for his arguments. Whether the reader is struggling with same-sex attractions themselves or is simply interested in understanding the other side, this book is full of valuable insights and information.

Why I Don’t Call Myself Gay only serves to reinforce God’s truth about the human person, same-sex attracted or not: No matter what burden you carry in your life, Christ is always there with you, suffering and struggling along with you, and his arms are always open to reveal your true identity to you – that you are first and foremost an immensely loved child of the Father.

Why I Don’t Call Myself Gay is published by Ignatius Press and available now.