His Church. Our Experience.
Subscribe
HomeLocalThat dollar goes further than you think
Local

That dollar goes further than you think 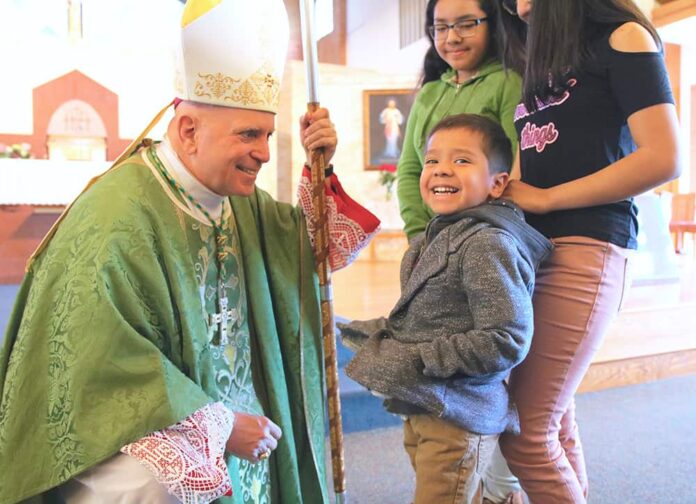 It’s a question you’ve probably asked yourself every year: how far does that money you give to the Archbishop’s Catholic Appeal really go?

Or another: Will it really make a difference if I give to the ACA or not?

Well, we have answers for you: Really far, and yes, it makes all the difference in the world.

The Annual Archbishop’s Catholic Appeal officially launches April 14 and as parishioners will see in the video that plays at their parish, it’ll be a bit different this year – we won’t spoil it for you, but we think you’ll like it.

The ACA benefits nearly 40 ministries within the Archdiocese of Denver, each of which play a crucial part in the operation of the Catholic Church in northern Colorado as a whole.

As Father Dollins, Vicar General for the archdiocese, puts it, it does fund some of the less glamorous parts of Church administration, but in doing so, it supports all ministries and allows them to focus on doing what they were created to do: namely, ministering to people and leading them to Christ.

Each parish has an ACA fundraising goal based on the total annual offertory for the parish. However, funds raised from the ACA have the potential to benefit parishes, too. A two-level parish rebate program was implemented several years ago as an incentive for parishes to encourage parishioners to give to the ACA.

If a parish exceeds their goal for the ACA, 50 cents of every dollar raised after that goes back to the parish. For the parishes that have a harder time meeting their goal, they also have the opportunity for a rebate if they beat the amount of money raised for the ACA the previous year. If they do that, they get 25 cents of every dollar raised after that number.

New features to this year’s ACA include the nine Choir of Angels giving levels, which designates different levels of giving with an angelic title. Additionally, the online giving option has been fine-tuned to provide the same convenience as the most popular online payment systems and makes it easier for those who would like to work an ACA donation into their monthly budget. In fact, Father Dollins encourages people to switch to giving year-round instead of the traditional five months.

We get it – Catholics are asked to give a lot throughout the course of any given year, and it’s easy to see the ACA as just another ask that bears no significance. However, for the faithful in the Archdiocese of Denver, it’s important to see the needs of the larger Church and how far that dollar actually goes.