His Church. Our Experience.
Subscribe
HomeLocalDitch the modern-day masks of Jesus (pt. 1)
Local 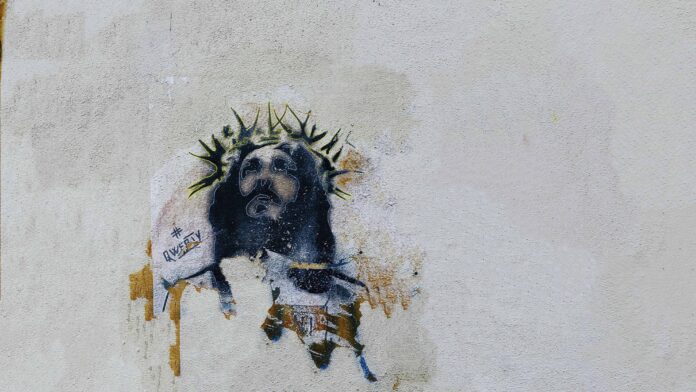 Jesus is arguably the most influential person to ever walk the Earth – and perhaps the most misunderstood. For many, he was a great moral teacher and speaker, for others, a great activist, and yet for others, a fictional character who was deified throughout the years.

Here are just three of his many modern-day masks that can help us reflect and encounter the true Jesus of the Gospels, the one the Church has defended throughout the ages.

In a society that hears “closed-mindedness” and “imposition” with the mention of “truth,” Jesus can’t be cold hearted or a proclaimer of truth. He’s a nice guy. He doesn’t force anyone. He understands. He’s not too demanding. He will forgive you. Jesus then turns into a person who lets people remain where they are, in their sin, because he’s “compassionate.”

Jesus is all-loving and all-merciful, there’s no doubt about that. He will forgive you if you repent. Yet, we must look at what love and mercy really mean. When Jesus defends the woman caught in adultery, he doesn’t condemn her, he forgives her. Yet he adds, “Go and sin not again” (Jn 8:1-11).

Jesus lifts her up and calls her to conversion. It is the latter that is not very popular – it’s uncomfortable. But what Jesus is doing is calling her to a better life, to what she’s meant to be, to authentic happiness. True mercy and love lead to a change in life. If Jesus didn’t call you to truth and conversion, he’d be giving up on you, not helping you become who you’re meant to be.

For many people, Jesus was a radical social activist who died for the cause of the poor and marginalized. Yet, this revolutionary Jesus becomes merely a great historical figure who fought for the rights of the underrepresented, stripping him of all divinity.

Jesus, nonetheless, claimed to be God and not a mere moral teacher. The Jews of his time saw it clearly, which is why they sought to kill him: “[He makes] himself equal to God” (Jn 5:18).

Even more, his morality was centered around himself: “I am the way, the truth and the life” (Jn 14:6). As C.S. Lewis puts it, if this isn’t true, then Jesus was really an egotistic madman “compared with whom Hitler was the most sane and humble of men.” That means that only God can say such things, and if we didn’t believe in his divinity, he would have to be a lunatic instead of a great moral teacher.

There’s no “in-between.” Either ultimate human fulfillment consists in social, economic or earthly factors, or in a God, as Jesus claimed to be. And we know that nothing on this earth can satisfy the deepest longings of the heart, which is constantly pleading for a transcendent “more” or, I would say, a transcendent “Someone.”

Jesus was spiritual (but not religious)

Nowadays it’s popular to be spiritual but not so much religious. Many Christians themselves don’t affiliate with a specific church. This view holds that Jesus never intended to establish an actual church, but instead wanted us to simply follow his teachings.

I believe this position partially comes from a response to a “wound.” People identify “religion” with the negative things they have heard or experienced: corruption, sexual abuse, greed… People have lost faith in religious institutions. Moreover, the constant push in society to put the “me” in the center of everything, defying all authority, also plays a role. When you include a good desire to know God in the equation, you end up with an individualistic Christianity. We end up making a god according to our image and opinions.

This is nothing new. Christians have wanted to make their own god since the time of the apostles, from the so-called “super apostles” that Paul fought (2 Cor 11:5) to his Corinthian community that needed constant correction. However, there was always an authority that guided early Christian communities and solved new issues in the light of the teachings of Christ (Acts 15:23-29). If there had not been an authority, there would have been no unity. And where there’s unity and authority, there’s a religion.

Jesus established that authority, the apostles, and gave Peter the keys of the kingdom, choosing him as the “rock” upon which he would build his “Church” and promising that the powers of Hell (heresy) would not overcome it (Mt 16:18-19). Saying that Jesus didn’t want to establish a Church would be like saying that he intended people to follow and interpret him in their own way. The early Church knew this and fought against all distortion of Christ’s image and teaching. His same Church continues to do so up to our day.