His Church. Our Experience.
Subscribe
HomeLocalDiscovering a hidden face of World War II: ‘The Holocaust by Bullets’
Local

Discovering a hidden face of World War II: ‘The Holocaust by Bullets’ 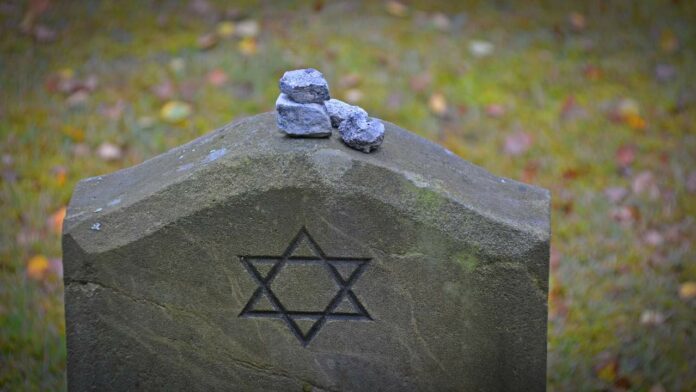 Standing by a mass grave in a small Ukrainian village while listening to the stories told by the dozens of elderly witnesses of the execution of the last Jewish victims in that place, Father Patrick Desbois came to one realization: “That the memory of the genocide existed, and that it was humble people, country farmers, who carried it.”

Yet, his surprise didn’t end there, as he began to uncover a different face of the Holocaust, one that was unknown to historians and carried a different air of brutality. He would later call it “The Holocaust by Bullets.”

The main difference of this aspect of the Holocaust was the way the Einsatzgruppen (Nazi death squads) executed its victims: “No gas chambers, no automation, no so-called ‘mechanization.’ A man assassinating another man,” the French priest wrote in his book The Holocaust by Bullets, published in 2008.

“Although [this aspect of the Holocaust] was unknown to historians, it was well known by public opinion [in Eastern Europe],” Father Desbois told the Denver Catholic. “The regime mostly shot people one by one. The killers went from village to village shooting Jews, Gypsies and other people. It took place in nearly 10 countries that were part of the Soviet Union.”

Father Desbois is a professor at Georgetown University and founder and president of Yahad-In Unum (“Together in one”), a non-profit organization that raises consciousness of previous crimes against humanity by providing documented truth, and is dedicated to discovering and preventing genocidal practices around the world.

Earlier this year, Father Desbois published a second volume on the Holocaust titled In Broad Daylight: The Secret Procedures behind the Holocaust by Bullets and co-authored another book The Terrorist Factory: ISIS, the Yazidi Genocide, and Exporting Terror, released in July.

He will highlight his findings on the Holocaust and current issues in “A Conversation with Father Patrick Desbois,” an event hosted by the Boulder Jewish Community Center, Nov. 12.

Driven by the memory of his grandfather who was imprisoned as a member of the French resistance at a camp in Rawa-Ruska, Ukraine, during World War II, the French priest began learning about the event his grandfather was forced to experience and everything that surrounded it. “It was worse for the others,” his grandfather had told him, referring to the Jewish prisoners.

Having heard the Holocaust testimonies of Ukrainian villagers in Rawa-Ruska, he knew he had to act. He formed a team that traveled with him from village to village, found witnesses across Ukraine and later Eastern Europe, and documented interviews and proof of the executions and mass grave sites.

He spent many sleepless nights upon discovering the method the Nazi regime employed in Eastern Europe to exterminate the Jewish people.

“There was a secret protocol to kill so many people from morning to night. [The regime] would arrive at a village at the same time, at 6 o’clock in the morning and would leave at 5 p.m.,” he said. “Also, there is no genocide without the neighbors. It would employ the neighbors in such a way to do it.”

The Einsatzgruppen would often tell Jewish villagers they were being taken back to Jerusalem, but instead would line them up and lead them to a massive pit right outside of the village. There, they would make them undress and would shoot them one by one: men, women and children. At times, this was done in the middle of the village, at the sight of the residents.

In one of his most important discoveries, Father Desbois realized the existence of certain witnesses who had been forced at gun point to assist the Nazi regime in the mass killings. These were men, women or children from every village, who were obliged to cook for the Germans during the mass killing of Jewish people, carry their bodies to the pit if it was outside the village, take their clothes, dig and cover the pits, guard them as they lined up, or even pack down the bodies and cover them with sand between shootings.

With some variations, the Einsatzgruppen carried out these executions of mainly Jewish people in this way from 1941 to 1944 in nearly every village of 10 Eastern European countries: Poland, Ukraine, Belarus, Lithuania, Latvia, Estonia, Romania, Moldavia, Macedonia and Russia.

Father Desbois and his team have discovered the location of more than 2,300 killing sites and documented more than 5,700 witness testimonies of the “Holocaust by Bullets.”

Although it is hard to determine the exact number of victims of the “Holocaust by Bullets” because the Nazis and Soviets later dug out many of the bodies and burnt them to erase any trace of the mass murders, it is by the millions.

When asked why such measures had been taken by the Nazi regime in the East, Father Desbois explained: “In Western countries, they couldn’t kill Jews in public. That would have been impossible. They couldn’t shoot the Jews in the middle of the city of Munich or Berlin because there were people who wouldn’t accept. So, they separated the Jews from the population.

“But in the East, they could because there was such violence under Stalin, that people knew already what mass violence looked like.”

A common factor of genocides is that perpetrators know they are easily forgotten, Father Desbois explained in his first book. Hitler himself referred to the Armenian genocide in 1939, saying, “Who remembers [it] today?”

Another factor is that witnesses are seldomly heard because such atrocities are hard to believe by those not seeing them.

Most importantly, Father Desbois has discovered that the “Holocaust by Bullets” was the prototype of modern genocide: The systematic tactics implemented in the massacres in Cambodia, Rwanda, Darfur, the Balkans and Syria were modeled according to those of the Nazis.

These were some of the reasons that led Father Desbois to found Yahad-In Unum. “We must explain what happens. We must explain the facts. We must also explain to new generations that our hate is dangerous and it can bring killing,” he said. “It’s important [to notice] that when hate is collective, when it begins to be a mass of people, it’s very dangerous.”

Yahad-In Unum trained over 50 current and future Denver educators in 2017 through its “Holocaust by Bullets” program and currently has 20 full-time employees serving some 1,500 former captives of the Yazidi Genocide in Northern Iraq, helping them transition back into society.

“The women who go out are being sold for 15 or 25 pounds. The boys who have been taken are being brainwashed and transformed into Muslims and terrorists [by ISIS]. And now that the war is officially finished, nobody is paying attention,” the priest explained.

“We would appreciate any help. I think it’s a vocation of Christians to take care of the poor. And we can say, ‘it’s not my country, it’s not my population, they are not Christian.’ Yes. But they are on our planet,” Father Desbois concluded. “I think every time Jesus stopped to watch a poor man or a blind man, he looked at the person. I think we have to stop and watch. If we lose watch of the poor, we lose our soul.”

A Conversation with Father Patrick Desbois